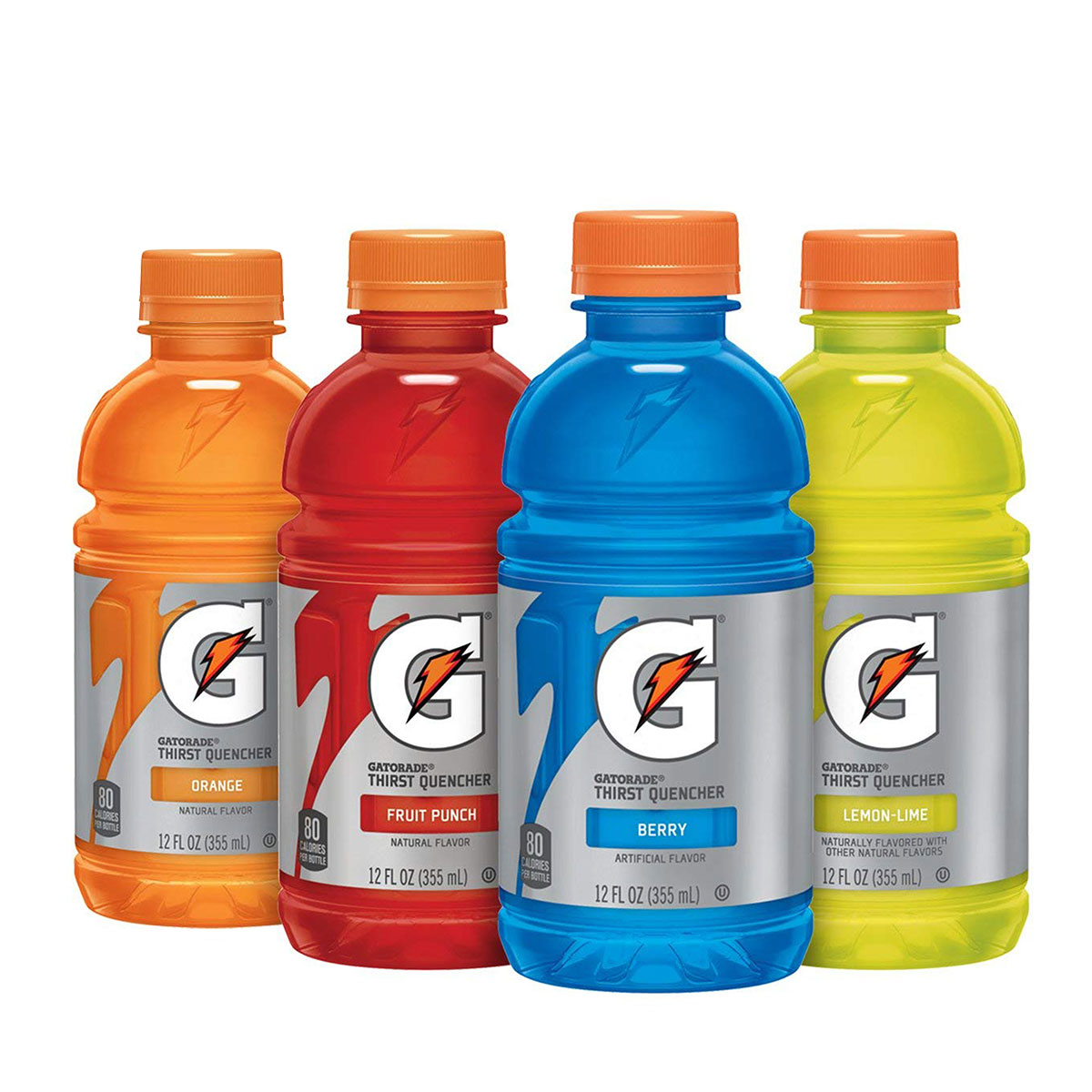 Well, the answer to that question depends on your level of veganism.

Without further ado, let’s dive into the drink that alligators drink after they’ve had a long day.

It’s only the most infamous, thirst-quenching energy drink in the world.

This balanced sports drink was created to provide athletes with electrolytes lost post-workout, replacing water and sodium, magnesium, and calcium lost through sweating, as it was discovered that athletes lost fluids that needed to be replenished.

Scientists at the University of Florida originally formulated Gatorade to improve the performance of their football team – the Gators. Subsequently and remarkably afterwards, the team won the orange Bowl for the first time in years.

Sports drinks are composed of a combination of carbohydrates in the form of simple sugars and protein, vitamins, flavorings, and caffeine.

This vegan sports drink is a balanced carbohydrate electrolyte, which helps in re-leveling up the amounts of the electrolytes sweat out.

You can find Gatorade sports drinks at almost all grocery stores nowadays, or buy it on Amazon.

This recipe is for the sports drink Gatorade Thirst Quencher flavor. The ingredients list varies a bit from flavor to flavor, but basically contains the same ingredients throughout the product line.

As you can see, there are no obvious animal ingredients or outright dairy products in the Gatorade drink recipe – so it’s a drink that’s able to be categorized as vegan, and PETA actually certifies it as such.

There are some ingredients to be aware of in the Gatorade sports drinks recipes that do have the potential to be non-vegan.

White sugar that’s not organic is more often than not processed with bone char (ground-up animal bones), which some vegans may not agree with. This is done for a whiter sugar shade as part of the filtration process. Even though these animal byproducts do not end up in the final product, the fact that it’s been in contact with animals is enough for certain vegans to opt out of consuming this ingredient.

Refined sugar is often white sugar that’s derived from sugarcane or from beet sugar that comes from beets. This is not always a vegan friendly ingredient, but if the sugar is organic cane sugar- it’s a different story.

For more information on sugar filtration information, you can reach out to the parent company, PepsiCo.

As far as natural flavors go, this additive ingredient can either be sourced from animal products or from a plant base.

Natural flavor isn’t always as natural of an ingredient as it sounds, so it’s never a bad idea to reach out directly to the company to investigate the true source of this additive – especially if you’re a stricter vegan.

This is a synthetic food dye used to give foods a red color that’s derived from petroleum and coal tar.

It’s also found in makeup products, in some medications, and is one of the most widely used food colorings in the United States.

There are no animal products or crushed up red bugs in this chemical, though, some vegans still contest to the use of this ingredient in opposition to the animal testing that’s routinely done with this ingredient.

When this chemical is injected into male and female rats, it damages their DNA. Many animals can die as a result of the testing processes, too.

Certain people believe that animal testing could be replaced with more accurate and economical alternatives. An option is to use donated human tissue from surgery or to use restructured human skin as a testing material in lieu of using rabbits; For example, the rabbit tests are only 60% effective compared to 90% efficacy with the rabbits, in the case of the Draize skin irritation test.

This vegan dye has compounds within it that are linked with cancer, and hyperactivity and allergic reaction amongst children.

This is a yellow food dye additive ingredient that’s derived from petroleum. So, it’s vegan friendly.

This is also found in many foods processed foods and candy to give them a yellow color, in medications, and in body care products.

This food colouring is neurotoxic and has been shown to lead to increased irritability and depression in humans.

Some vegans do not support the animal testing that’s conducted with this ingredient, despite it not having any dairy derivatives or animal sourced ingredients.

This is one of the artificial food dyes that’s used to color food products blue. It was synthesized in the late 1800’s and is sourced from an oil base.

Countries like France and Norway have banned this ingredient all together because it’s been found to have been linked with brain cancer.

Yes. And they are also certified kosher (meaning there is no contact with bone char), if you were curious.

Gatorade does have a pretty high sugar content, at 34 grams of sugar per 20 ounces. Consumption of high concentrations of sugar in any food item will cause an increased risk of type 2 diabetes and weight gain.

Though it may be a popular energy drink, Gatorade isn’t necessarily the healthiest of the workout recover drinks on the market.

The organic gatorade drinks are the healthiest of the bunch, so if you’re looking for the option that’s best for your wellbeing, consider the organic ones. That way, you’ll know that your sports drink has not been in cross contact with bone char.

One of the vegan sports drinks that is both gluten free and kosher certified, Gatorade comes through.

The Gatorade vegan sports drink has 7 different product lines, of which are as follows:

As you can see, there is a different theme within each category, and there are slight ingredient variations according to the product line the Gatorade is from. 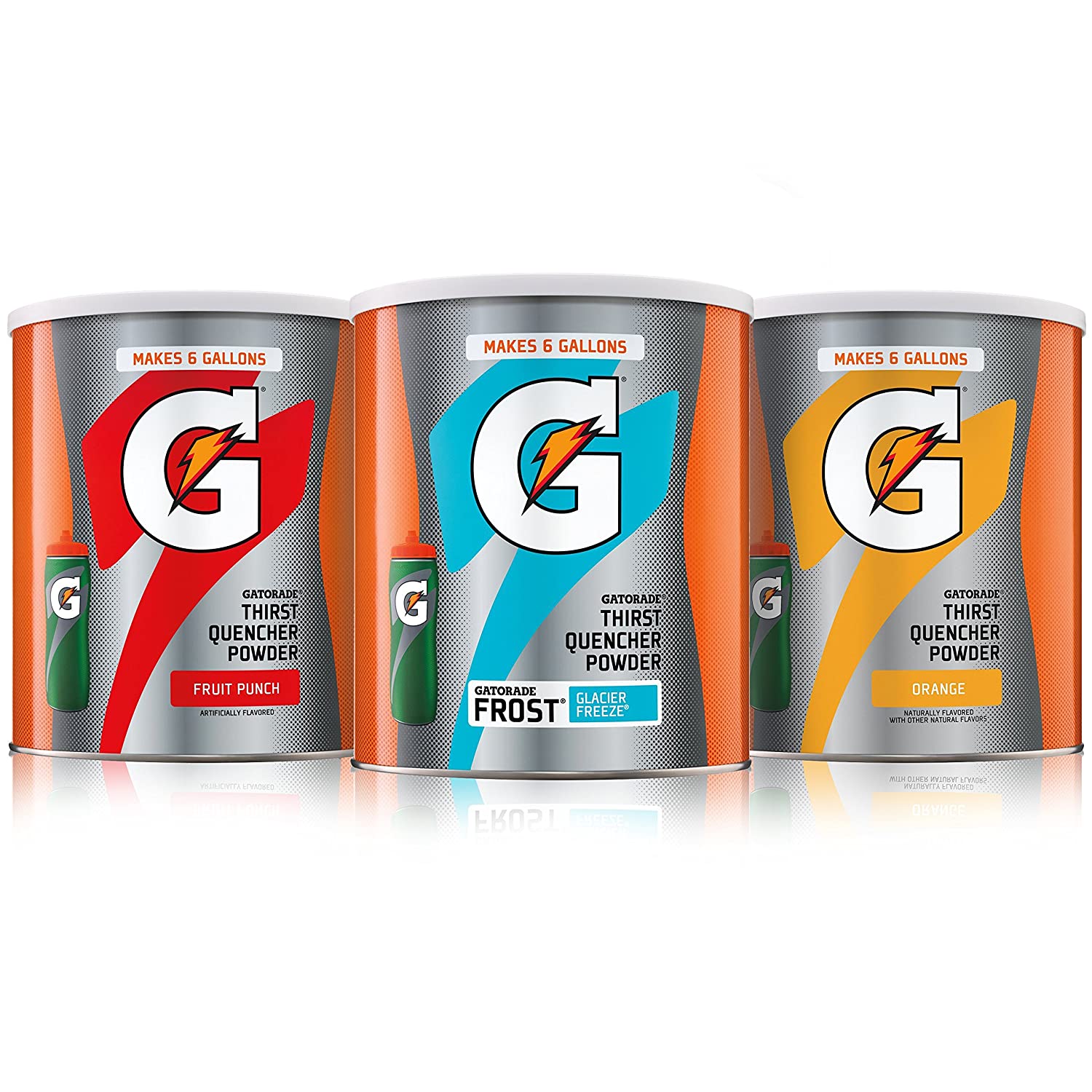 If you would like to make your own homemade vegan sports drink with the powder form of Gatorade and save a bit of plastic, consider this Gatorade instant drink option.

This gatorade vegan drink is an ideal one to bring to the gym if you like to make your own vegan beverages on- the-go. Or, if you’re looking for something to pair with a tortilla chips and salsa pick me up snack, you can’t go wrong with this energizing drink to enjoy then with.

Do note that this hydration mix has sugar, natural flavors, and additive colors in the recipe. 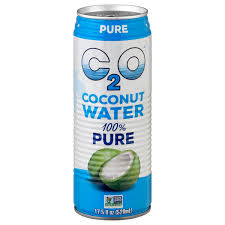 This is a natural sports drink that contains naturally occurring electrolytes, and that’s widely available at grocery stores in the same way Gatorade vegan is.

Many vegans drink coconut water as it is, but it’s an extra special to drink to drink if you’re in need of an electrolyte refreshment. 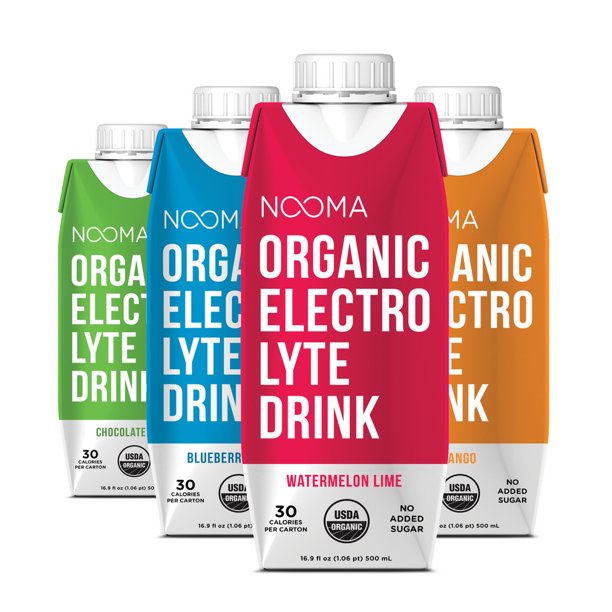 This is a sports drink that has no added sugar and features all organic and functional ingredients.

Nooma contains clean energy from organic green coffee bean extract (from the unroasted coffee bean, making it less carcinogenic than a roasted one!) and with stress-relieving adaptogens like lions mane, ginseng, and maca. It’s also gluten free, and vegan with no dairy derivatives.

This drink also contains an unprocessed source of sodium – himalayan pink salt – to replace the electrolyte lost most through sweating.

You could also pair this healthy drink with some salty pringles if you’re looking for a snack to pair with this revitalizing drink.

Perhaps you’re not about the gatorade flavor and would like to try out a chocolate mint, lemonade, watermelon lime flavored sports drink.

So, in the end, it’s up to you whether you decide to drink Gatorade as part of your vegan diet.

Some vegans drink Gatorade, while there are other vegans that do not wish to support the frequent animal experimentation necessary to manufacture this famous sports drink.

Rest assured that there are no outright animal products or derivatives in this well loved sports energy drink.

And, for those of you that enjoy Gatorade – just be careful not to drink too much, or you might turn into an alligator!

Author: Brittani
Filed Under: Is It Vegan
Is Boba Vegan?
Is Mustard Vegan?