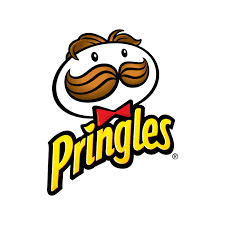 The short answer is yes and no.

If you’re just beginning your vegan journey and are wondering if Pringles are suitable for your new diet, we’ll give you the Pringle lowdown.

Pringles are a potato based snack in the form of a potato chip shaped like a hyperbolic paraboloid. Imagine the shape of the letter U.

Produced by the Kellogg’s company, Pringles brand chips is a junk food that’s enjoyed by vegans and non-vegans all over the world, in over 140 countries.

Perhaps you have memories of making Donald Duck lips out of two Pringles with your lips and trying to talk like him before you eventually ate the chips. Or maybe you’ve never heard of Pringle.

FYI. Pringles isn’t a vegan brand, but the company does offer a few flavors that are vegan-friendly.

Below is the vegan Pringles recipe for the original flavor that’s used as a base for most of the Pringle recipes.

*These contain about 42% potato content, if you were curious.

There are a few potentially non-vegan ingredients in Pringles, which can be cause of concern for stricter vegans.

These are used as emulsifiers which helps keep ingredients mixed together that can be either animal or plant derived, but most of the time they are sourced from plants. So, these ingredients are not always vegan – and if you’re a strict vegan, this is something to consider.

Monoglycerides in particular have small amounts of trans fats, which are not ideal for heart health. They increase the amount of harmful cholesterol in the bloodstream and reduce the amount of beneficial cholesterol, which leads to inflammation and potential heart disease.

Natural and artificial flavors can be sourced from either plant or animal ingredients.

Blue 1 is one of the artificial flavors that’s made in a laboratory and doesn’t have any animal derived ingredients. It’s in the Pringles wasabi recipe, along with yellow 6- and the yellow food color is sourced from petroleum, a vegan source. But, it’s not a vegan source that all vegans wish to support with their dollar, as there are environmental implications with the harvesting of this ingredient.

In addition, yellow 6 poses health risks such as an increased risk of cancer, hyperactivity in children, and allergic reactions in some individuals.

A main concern for some vegans is the morality behind the testing of these food dyes, as many are tested on animals and animals do die as a result. This poses an ethical question to the production of these ingredients, and is reason enough for some vegans to not eat food with artificial colourings in the recipe.

If you see any of the ingredients below on the recipe label, you’ll know right off the bat that the Pringles aren’t vegan.

It’s important to use discretion when selecting a Pringle chip that you’d like to be 100% vegan, as not all of them are suitable to eat on a vegan diet.

There are a quite a few vegan friendly Pringles flavors on the market to choose from. 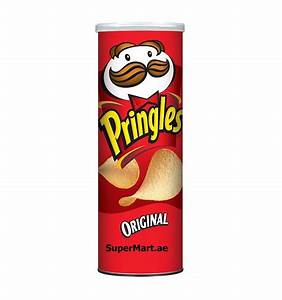 This Pringles choice one of the Pringles vegan flavors without any animal derived ingredients, so it’s all vegan.

These original Pringles vegan chips are great for snacking, and come in the classic fun and reasonable party snack can, where you’ll see all of the Pringles inside are neatly stacked on top of each other.

*Pringles lightly salted original flavor has the same base recipe as the original Pringles recipe listed above, and are all plant-based ingredients. If you’re watching your sodium intake, this option may be your better bet. 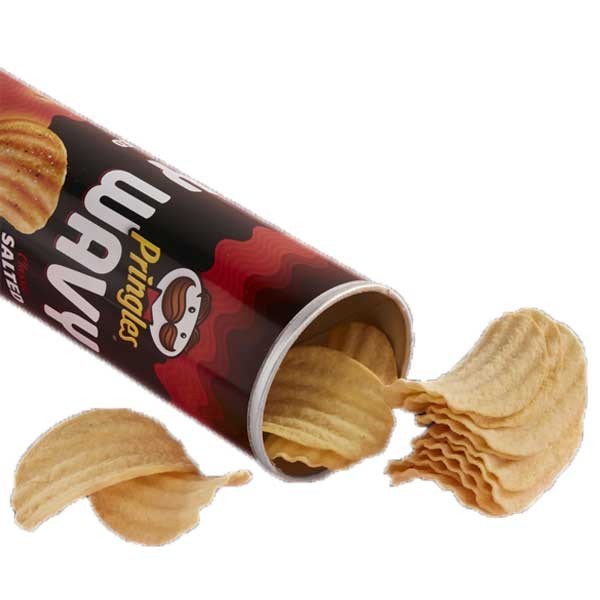 These are a vegan-friendly, crispy Pringle potato chips that’s thick and wavy shaped, with a salty flavor.

This is one of those salty seasoned snack foods that will satisfy those random salt cravings that hit at unexpected times.

This flavor contain no animal ingredients, so it’s vegan friendly. 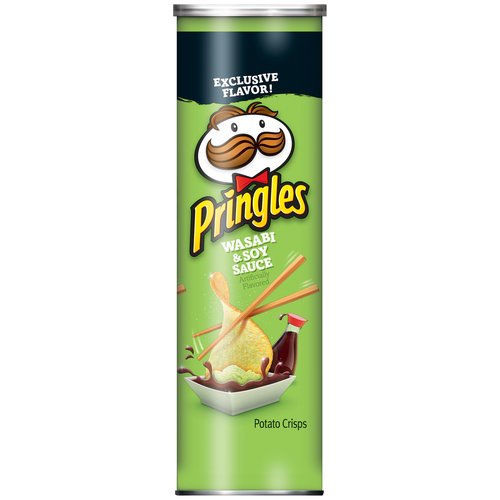 If you are a fan of spice, you’ll love these wasabi Pringles.

As you can see, the recipe for these soy sauce potato crisps do have a few ingredients of concern for the stricter vegans out there.

And no need to worry about a spicy tongue afterward, as these are a mild wasabi flavor – not a set your mouth on fire type of flavor.

If they are still a bit spicy for you, though, you could try dipping them in some hummus. 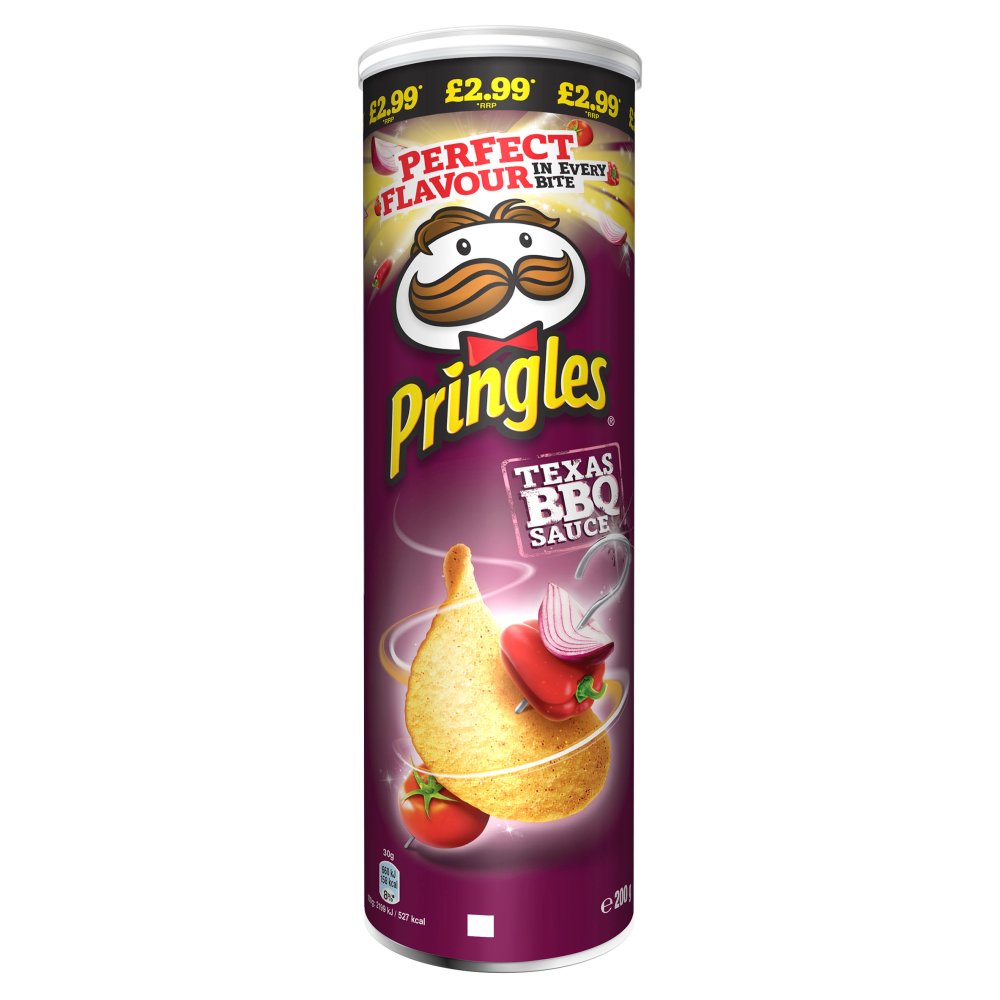 If you’re looking for something more flavorful than original Pringles and for something crunchy to pair with a vegetable burger, you might consider this Pringles choice, as they have a spicy barbeque flavor.

These bbq Pringles vegan are a great snack for anytime of the day, and have 4 grams of protein per serving, too. 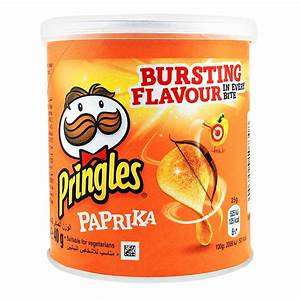 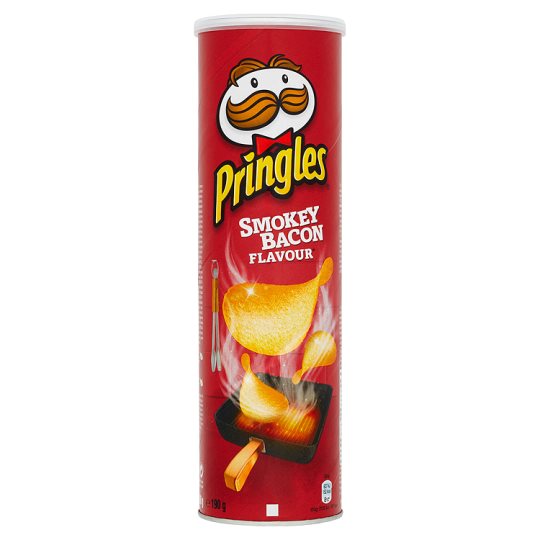 The liquid smoke ingredient is vegan. Its’s a water soluble yellow liquid to flavor vegetables and meat alternatives that’s used as a substitute for cooking with wood smoke to give food a smoky flavor. 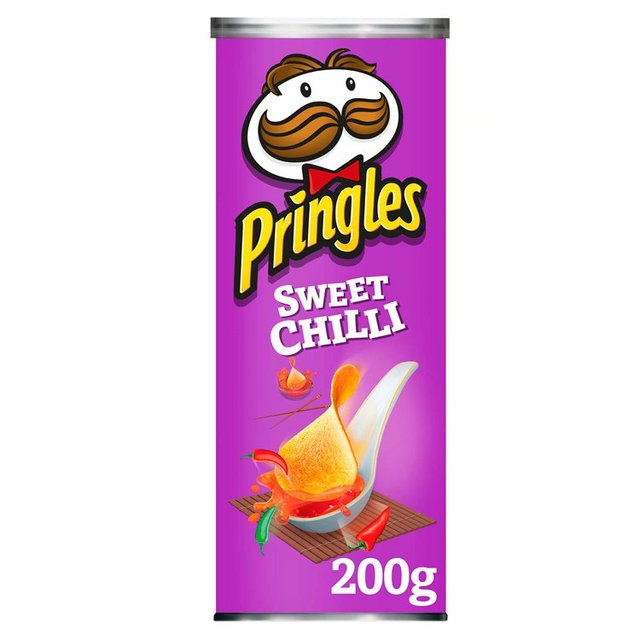 These Pringles vegan do not contain any animal. 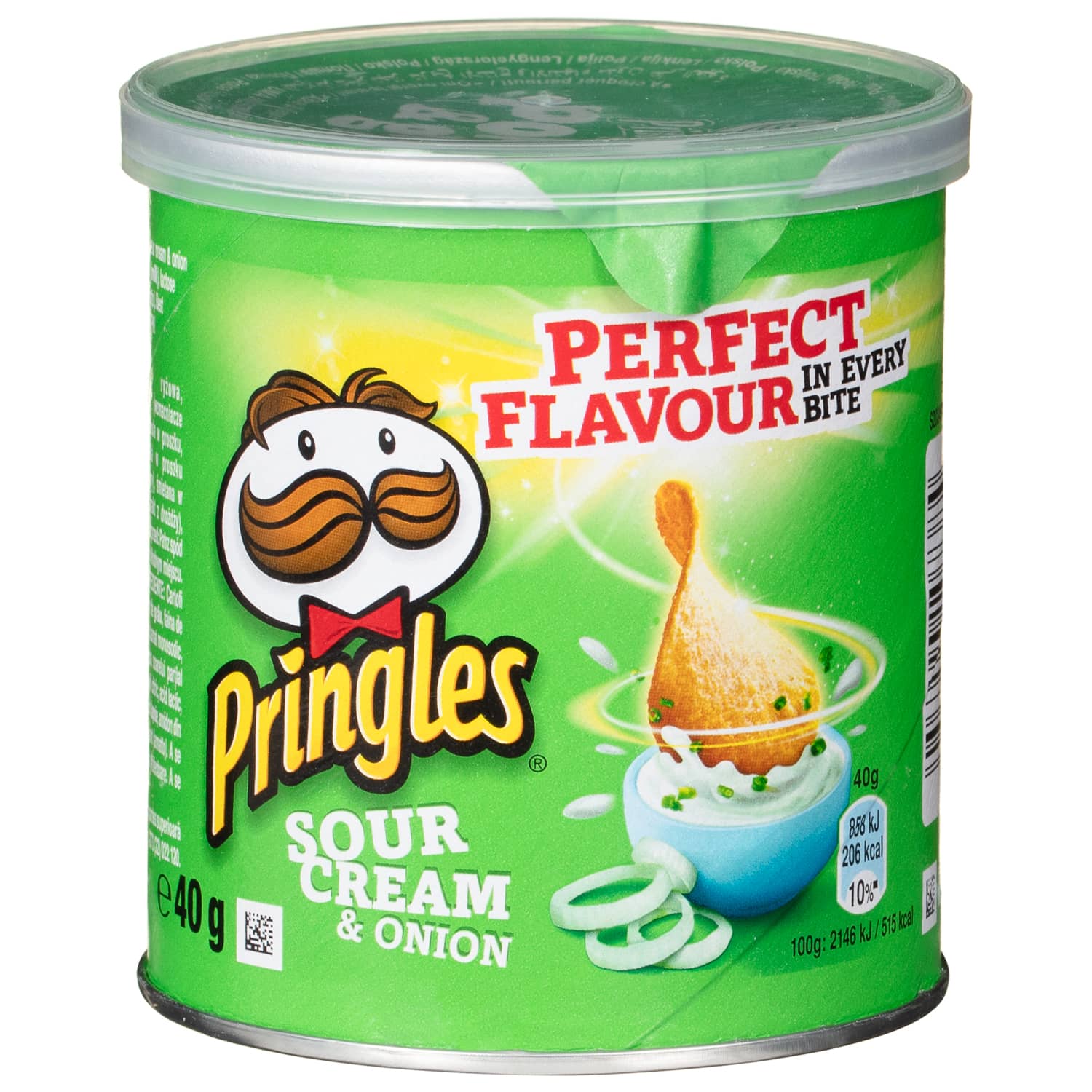 Pringles sour cream and onion are a popular Pringles flavor, but unfortunately are not vegan.

Since this Pringles favor contains a variety of dairy products such as lactose, whey, nonfat milk, and lactic acid, the onion Pringles vegan aren’t able to be considered a vegan food. 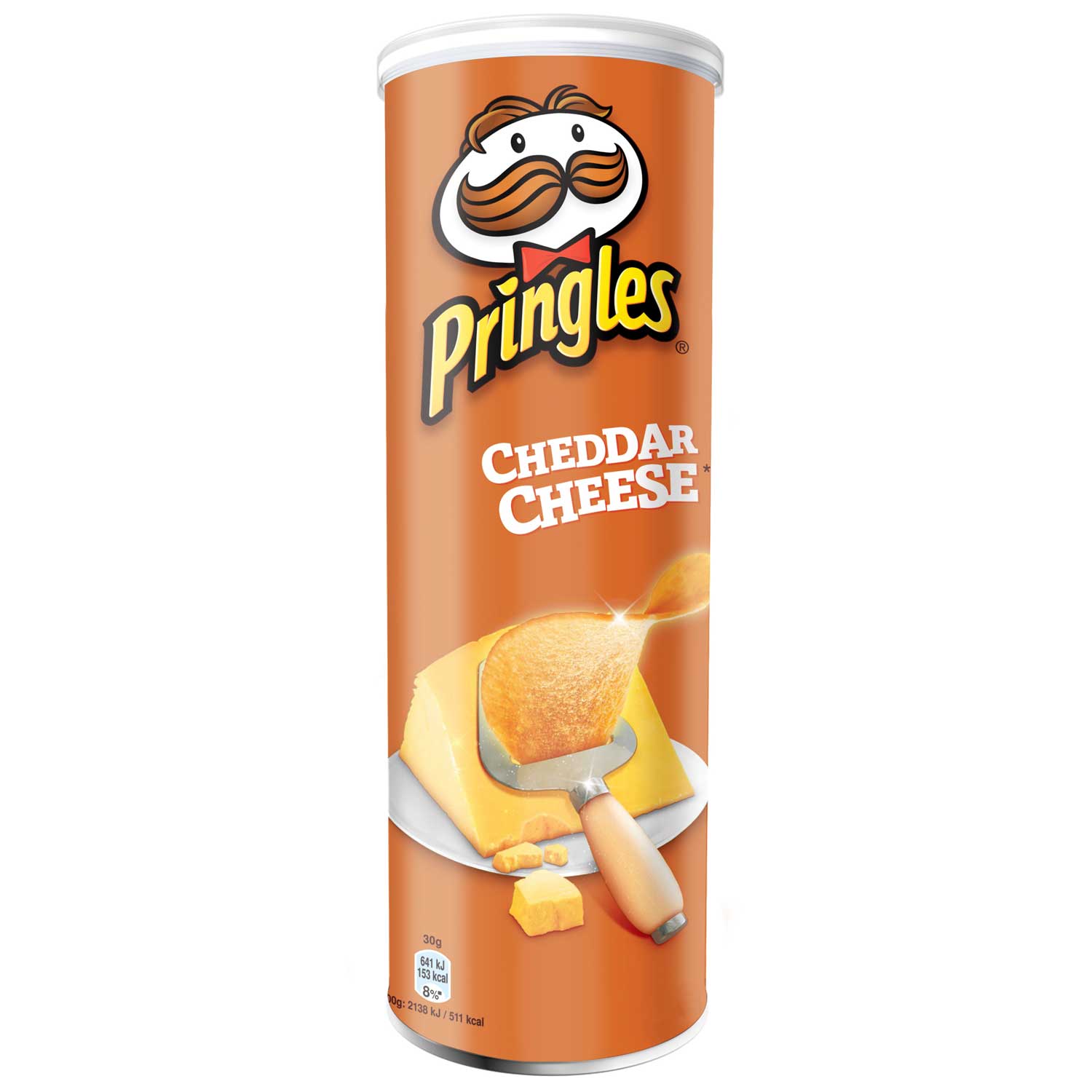 This Pringles cheese flavor is pretty obviously not vegan.

Some of the ingredients that are non-vegan are whey, pasteurized milk, cheese cultures, enzymes, buttermilk, butter, and nonfat milk. 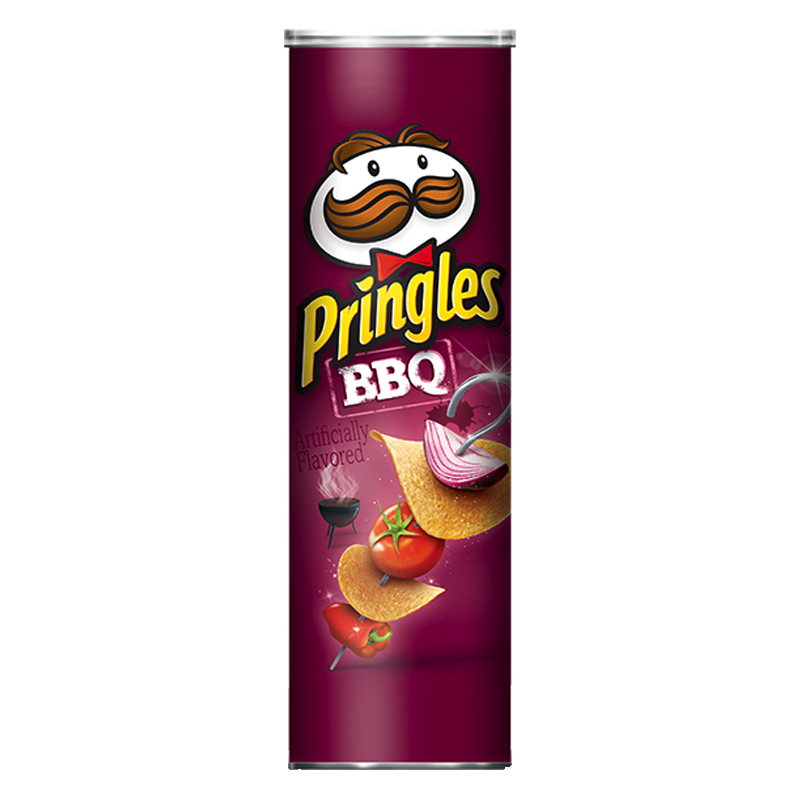 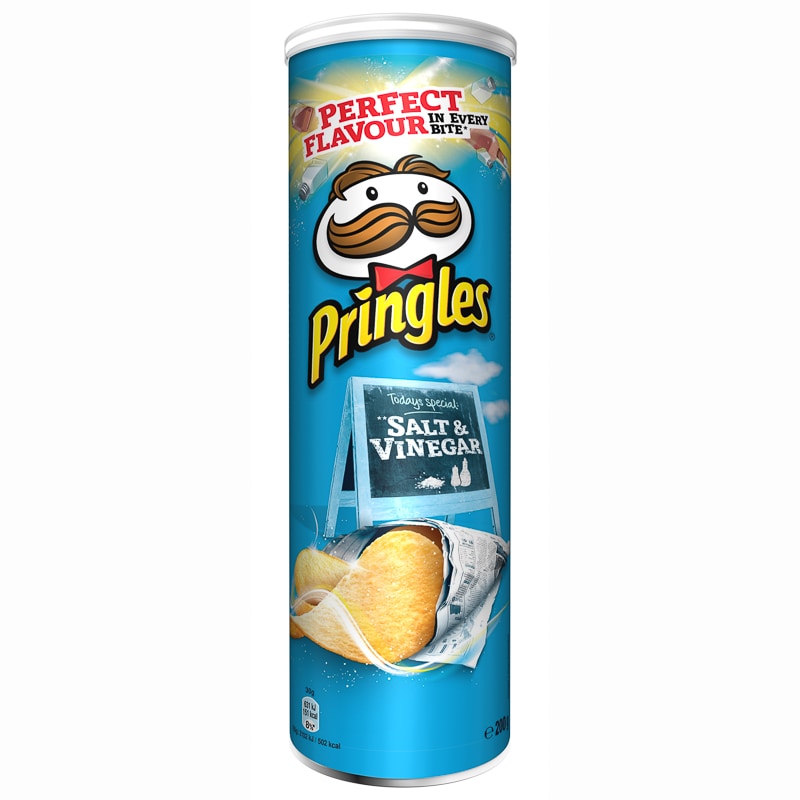 Contrary to what people may initially think, Pringles Salt and Vinegar are surprisingly not vegan.

This is due to the lactose content – a milk derived ingredient in these vinegar Pringles. 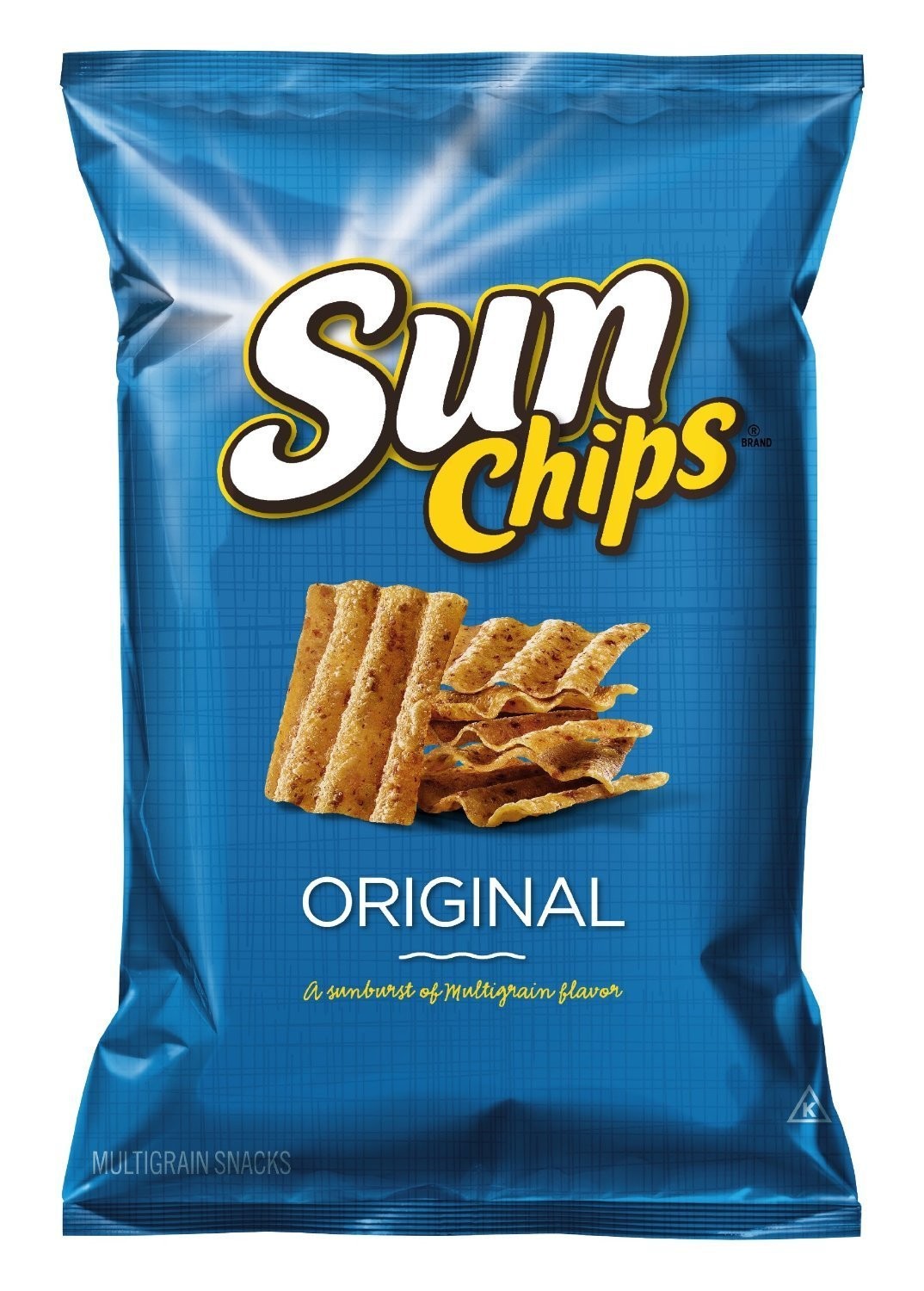 These multigrain chip thats in the shape of ocean wave ripples and is 100% vegan.

There is no palm oil, animal ingredients or milk products in these

Note that not all Sunchips flavors are vegan.

They are not. Just about every flavor contains wheat starch.

They do not. Some vegans may be pleased to know this, as the harvesting of this ingredient leads to much environmental destruction and animal death to species that are endangered as it is.

If you’ve just decided to begin a vegan lifestyle, or have been vegan all of your life, you can’t really go wrong with whichever Pringles flavours vegan you decide to try.

Whether you elect to have Paprika Pringles vegan, the Sour Cream and Onion kind, or the Pringles Original flavor – or none at all, you now have the jingle on the Pringles.

Or maybe you’ll decide to eat some chips that are surefire vegan like Takis.

Author: Brittani
Filed Under: Is It Vegan
Are Skittles Vegan?
Are Swedish Fish Vegan?