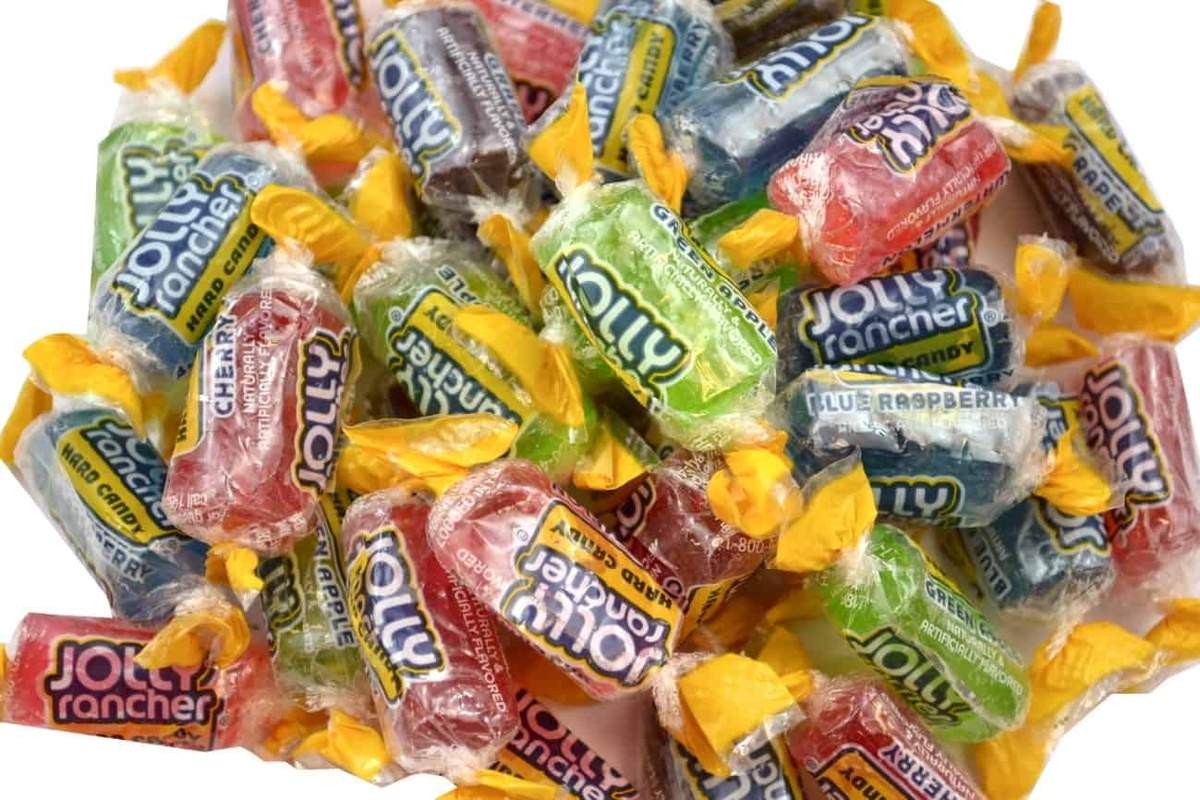 Jolly ranchers are somewhat vegan, but not entirely.

It depends on the type of jolly rancher as there are different kinds, such as hard candies, chews, gummies, jelly beans, and lollipops – and also on how strict of a vegan you are.

What are Jolly Ranchers?

Jolly ranchers are a tangy, sweet, and fruity melt-in-your-mouth treat that may very well have you time traveling back into your childhood for a moment. Or perhaps you’ve never before encountered this hard candy and are wondering if you eat them on your new vegan diet – in any case we’ll fill you in.

As you can probably guess, these ingredients aren’t necessarily the most nutritious, but do make for a unique and tart tasting treat that will tantalize your tastebuds.

There are a few controversial ingredients for vegans in all jolly rancher candies – inclusive of artificial colors, natural flavors, and refined cane sugar. Lets break down some of these ingredients and explain why they are disputed.

Some vegans are opposed to consuming refined sugar, as it goes through a production process which involves the use of bone char – which is essentially ground up animal bones. Now, there are no actual animal products in the sugar – however the cross contact that occurs does pose a concern for those that adhere to a 100% vegan lifestyle.

Note that over half of the manufacturing facilities for sugar in the United States use bone char to filter and process sugar.

This ingredient could be derived from animal products, as the FDA has stated that natural flavors can both be sourced from plant and animal origins.

As stated above, the jolly rancher parent company is unable to state whether their source for this ingredient is vegan or not.

Red 40 is an artificial food coloring that is vegan -it’s sourced from petroleum, or strawberries. This ingredient can sometimes be misread as Red 4 – but that is a different food coloring that’s made with crushed bugs.

Blue 1 is one of the food dyes that are made in a laboratory and doesn’t have any animal derived ingredients.

Yellow 5 and Yellow 6 are food colors that are also sourced from petroleum, and are vegan.

The main concern with food colorants is the morality behind the testing of them, as many are tested on animals, and some even die as a result. This poses an ethical question to the production of these ingredients, and is reason enough for some vegans to not include these chemicals in their diet.

This can be a disputed ingredient amongst vegans. Often times, this emulsifying ingredient is derived from animal products; however, the soy lecithin in Jolly Rancher hard candy is sourced from soy – so, it’s vegan.

None of the jolly ranchers hard candies have gelatin, however the chews and the filled gummy bites do.

All in all, it can be time consuming and limiting on otherwise vegan food choices to focus too much on each ingredient origin. But, if you’re a strict vegan – more power to you.

The Hershey Company, which owns jolly ranchers, does state that they’re unable to classify their candies as vegan, due to a natural flavor ingredient that comes to them from a third party. This is because the parent company doesn’t actually know if animal-derived ingredients are contained within the so-called ‘natural flavor.’ 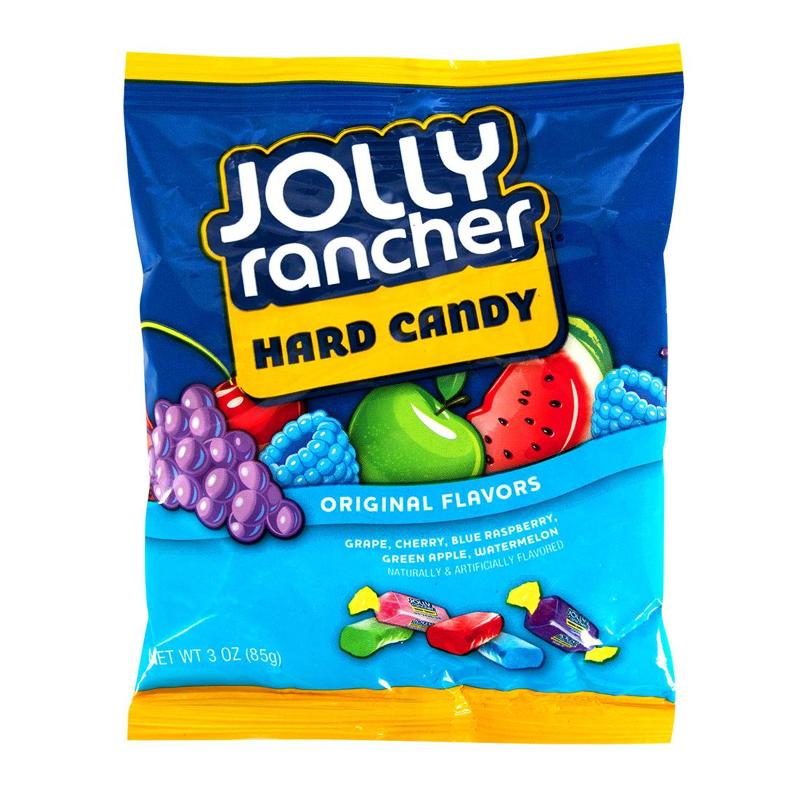 All of the jolly rancher hard candy ingredients are vegan, and they come in a bunch of different flavors and bright colors: 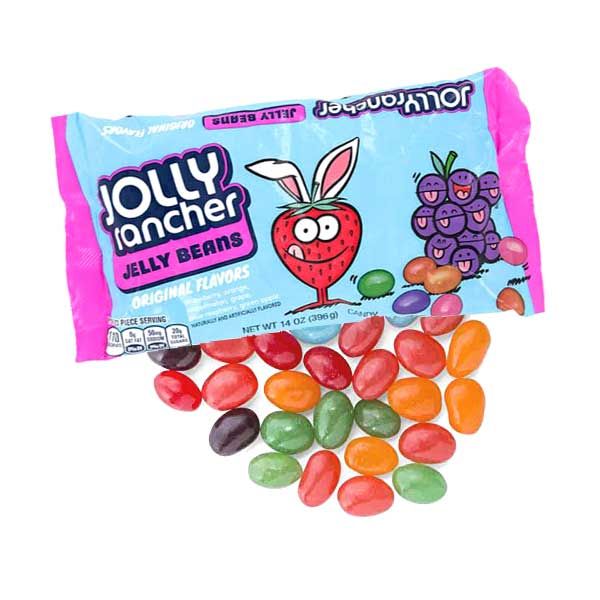 This type of jolly rancher candy is vegan.

These have a similar ingredient list to the hard candies, but with a few extra plant-sourced ingredients.

There are no ingredients of animal origin in this jolly rancher candy. 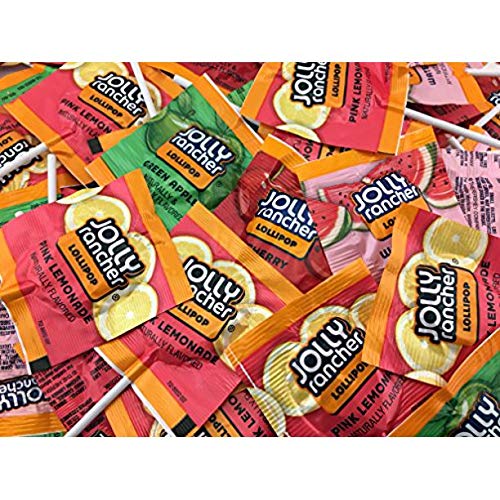 These candies are 100% vegan, baby! And of course, come along with different fruity flavor options. 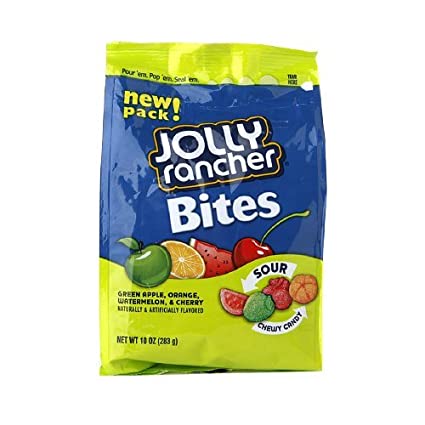 Some of these jolly rancher products are vegan, while others aren’t.

The non-vegan ingredient of concern is that of gelatin and k-gelatin (kosher gelatin), which is a protein created from boiling the ligaments, skin, cartilage, tendons, and bones of either a cow or pig in water. Kosher gelatin is produced with the presence of a rabbi that verifies its made in line with Hebrew dietary standards – with the gelatin itself being generally derived from a fish source.

If gelatin is a dealbreaker for you, check out the vegan options below.

The vegan Jolly Rancher soft candies are as follows:

These Jolly Rancher soft candies are not vegan: 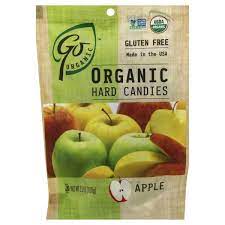 This brand of alternative jolly rancher candies feature fruity flavors like apple, cherry, ginger, pomegranate, and mango, and is 100% vegan.

If you have a gluten intolerance – these are also gluten-free. No gluten, bone char, or risk of animal by-products in these healthy candies. 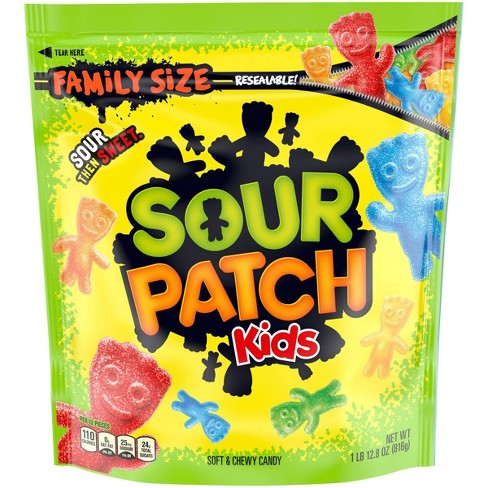 This is a yummy jolly rancher candy brand alternative that resembles the tart and juicy-fruit taste of jolly ranchers, and has an overall squishy, chewy texture.

These treats are an option that do have some of those controversial vegan ingredients we mentioned, – so they’re not entirely vegan – but there are some fully vegan sour patch kids alternatives listed on this site.

Well – there you have it. Not all jolly ranchers are vegan, but there are some exceptions with the options available for these candy products.

Whether you choose to try out one of these confectionery candies that do or don’t have vegan ingredients is up to you.

If you didn’t know – oreos are vegan, too, if cookies and milk is more your thing.

Remember, too, that it’s always an option to contact the company through their website if you still have a question that we didn’t answer.

What do you call a happy cowboy?

Author: Brittani
Filed Under: Is It Vegan
Is Soy Sauce Vegan?
Are Starburst Vegan?