Is Pasta Vegan? What to look for 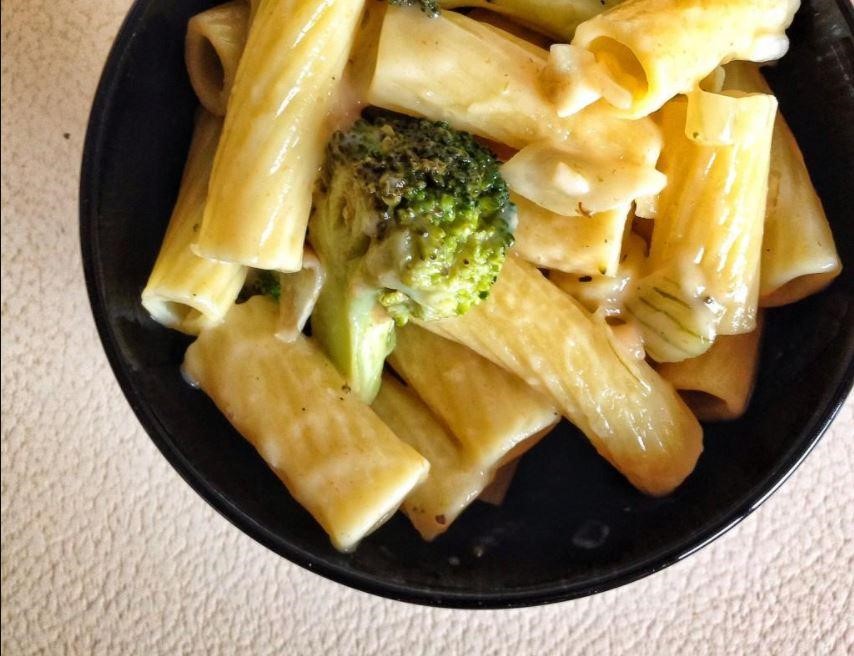 Today, we’re answering a question that most vegans find themselves asking sooner or later – is pasta vegan? Pasta is such a popular food and present in so many different recipes, that it’s inevitable you will find yourself wondering about whether this popular ingredient is vegan friendly. We’ll answer this question in full and give you the main considerations to keep in mind when preparing your favorite vegan pasta dishes.

Can I Eat Pasta on a Vegan Diet?

Here’s the bottom line – most of the time, pasta is vegan – which means most of the time you can eat pasta on a vegan diet. Typically, pasta is made from purely vegan ingredients, but this isn’t the case all the time. These edge cases tend to be what causes problems in a vegan lifestyle. So, while we wish we could give you a definitive yes or no answer, the fact is that it depends on the type of pasta you are buying.

The good news is that most pasta is vegan, and you should have no problems finding vegan options when it comes to pasta.

Now that we’ve established that some pasta is vegan, and some aren’t, let’s look at why this is the case.

Pasta is often made with only two ingredients – semolina and flour. This is typically all that is required to create many of the different kinds of pasta that you see at the grocery store, especially dried pasta. Dried pasta is simple to make, and most of the time it is vegan, but you should still check the label to be sure.

The alternative to dried pasta is fresh pasta, and this is where you can start to run into trouble. Often, fresh pasta is made from a mix of ingredients, with one of the ingredients being eggs, which are not vegan. There are ways to make fresh pasta without using eggs, but you’ll have to do your research with each product to know for sure.

What Would Make Pasta Not Vegan?

Sometimes it’s just as important to understand what could make a product not vegan. As mentioned, the most common non-vegan ingredient found in pasta is eggs. This ingredient is commonly found in fresh pasta.

There are also certain other types of pasta dishes that contain non-vegan ingredients within the pasta itself. For example, stuffed pasta such as tortellini and ravioli are often stuffed with ingredients that are quite obviously not vegan, such as meat and cheese. These are to be avoided, but sometimes even the flavors that seem to be vegan-friendly are not. For example, many stuffed pasta that does not contain meat may still contain milk products, and these should be avoided as well.

What’s the Difference Between Fresh and Dried Pasta?

Although the result may look the same, there is a difference between fresh and dried pasta, which affect not only flavor, but whether or not it will fit into your vegan diet.

Fresh pasta (which doesn’t have a long shelf life) is made from eggs, flour, salt and water. Generally fresh pasta is cooked immediately after being made in order to preserve the taste. Because it contains eggs, it is not vegan-friendly. Depending on the brand (or how you make it), oil is used as an alternative to eggs, which does make it vegan. If you are buying fresh pasta, make sure to check the ingredients.

Dried pasta on the other hand, is almost always vegan, as it does not contain any eggs. Dried pasta is usually made using only flour and semolina – and it has a much longer shelf life, which makes it easier to store for long-term use.

We certainly wish we could give you a more satisfying answer than “it depends”, but as with many vegan categories of food, it’s the unfortunate truth. When buying pasta, you have to check the labels to see whether it is vegan-friendly. You can either check the ingredients or see whether the manufacturer has labeled the product as vegan. Usually, it is pretty easy to tell. Once you’ve settled on your favorite brand of vegan pasta, you can stick with it for making all your favorite vegan dishes.

We want to make it a bit easier for you, so we’ll examine our favorite vegan pasta next:

What are the Best Vegan Pasta Brands?

As we’ve noted, there’s a lot of selection when it comes to vegan pasta, but you still need to do your research. We want to make this research easy, so here are our favorite vegan pasta. We’ve included some variety in this list so that you can find vegan options for any sort of pasta dish.

Banza chickpea pasta has twice the protein and three times the fiber of traditional pasta. It is also lower in carbs!

The chickpeas give it a unique flavor that is close to traditional pasta, but a bit fresher and even sweeter. Overall, we like it a lot, but we can understand that it may not be for everyone.

Most importantly, it cooks just like traditional pasta and can be subbed into your favorite pasta dishes with ease. As long as you like the idea of a chickpea pasta, then you can be happy with this vegan option!

This product is made with cheese that uses an almond milk base, making it a vegan alternative to the traditional stuffed-cheese pasta.

Kite Hill specializes in all sorts of vegan cheese and dairy alternatives. They have extensive experience in this area, and this is their take on cheesy pasta.

This one is hard to beat as far as vegan pasta dishes go. Unfortunately, it’s one of the few options of vegan tortellini to choose from, but we don’t see why you’d need another choice!

Barilla is about as basic as dried pasta goes, but sometimes that’s exactly what you want. After all, it allows you to truly flex your creativity and cook it into your favorite sauces and dishes.

Barilla offers all sorts of pasta, from spaghetti to rotini, penne, spaghettini, and much more! Barilla pasta is also highly cost-efficient, and a little goes a long way!

Vegans will be happy to know that many of their favorite dried pastas are vegan, and Barilla is just one of many basic options.

Can I Make My Own Vegan Pasta Instead?

Definitely! If you’re up for the task, then making pasta from scratch is always a good option, as it brings a lot more flavor to your dish. Just make sure to avoid using eggs and find some vegan-friendly substitutes. Personally, making pasta all the time is tedious, so we recommend always having some dried pasta on hand when you don’t have the time to make your own.

Unfortunately, as is the case with many vegan products, there are various vegan and non-vegan options out there. When it comes to pasta, vegans will be happy to know that there are many vegan options available. Because pasta is so often made with only flour and semolina, it makes for an easy vegan alternative for all sorts of different dishes.

As with any vegan product, check the label on anything you buy. Some kinds of pasta have non-vegan ingredients, so it’s best to check just be sure. We hope we’ve provided a satisfying answer to this common question, and even inspired you in regard to all the vegan options available.

If you have any questions or comments, be sure to ask below!

Author: Ligia Lugo
Filed Under: Is It Vegan
Is Flour Vegan?