A popular accompaniment in present day Mexican food and in savory dishes around the world, tortillas have been around since 10,000 B.C. – tortillas being the name for a thin flatbread made from corn, that is.

According to legend, Mayan pheasants invented tortillas to appease their hungry king. And later, the Spanish noticed that certain groups like the Aztecs mere munching on this delicious puffy little cake, so they decided to adopt the recipe, too.

If you were eating tortillas before the 1990’s chances are they weren’t vegan, as they used to contain lard during that time period.

Now, we’re in the 2020’s with a plethora of tortillas to choose from, and many of them are vegan.

Tortillas can serve as a flexible staple food in vegan diets, and can be used as an ingredient in anything ranging from vegan french toast to vegan sandwiches, to vegan burritos to vegan crepes.

The most well-known kinds are the corn tortillas, white flour tortillas, and whole wheat tortillas.

The original, or OG tortilla was and still is the authentic corn tortilla. It’s a main food item throughout most of Mexico and central America that’s just corn flour, molded with the hands into a little circle and then cooked over fire.

These ingredients will often be the general base of any given tortilla, with additive ingredients varying like spices, oil, baking soda, baking powder, the type of flour used, etc.

The following are some ingredients that may pop up in certain tortilla recipes that should be avoided if you’re sticking to your veganism, as they are animal products and by-products.

This is a word for pig fat made from the stomach of a pig that’s been rendered into lard.

This is a protein sourced from dairy.

This ingredient is inclusive of certain enzymes that can come from animals.

This is a carbohydrate that can either be sourced from plants like soybeans or palm, or from beef or mutton fat. It’s usually added to processed food to keep the moisture.

It’s always best to read up on the ingredient sources on the company website, or give them a call to find out the extra details. There are ingredients that may have the appearance of being vegan-friendly but looks can be deceiving, so it’s important to be sure.

There are many different tortilla companies that cater to a vegan diet with their tortillas vegan. 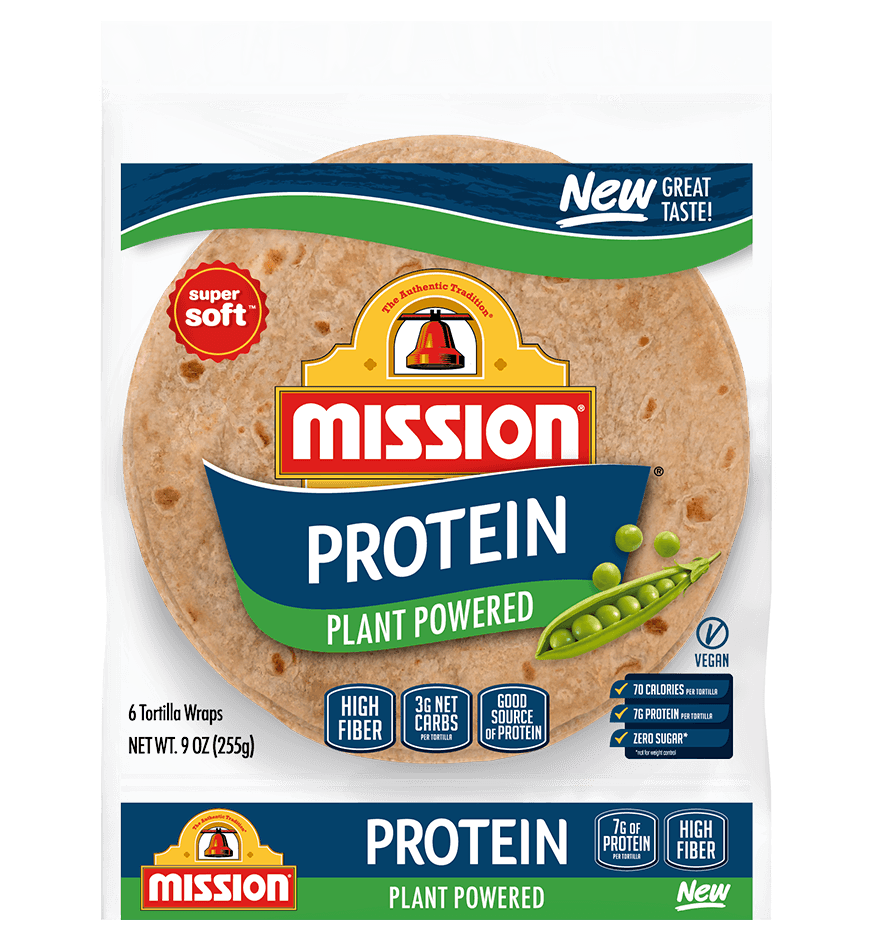 This company offers flour tortillas that are wheat based and protein-packed tortillas, and can be used for anything from sandwich to burrito wraps.

These whole grain tortillas offer protein plant powered ones (pea protein) which provides seven grams of protein from the pea protein in the recipe per serving.

For those you looking for a healthy tortilla, there is also an option of organic plain flour tortillas with no preservatives.

The company states on their website that their tortillas are both vegetarian and vegan.

You can also fry a tortilla on a skillet and cut it up into triangle pieces afterward for homemade tortilla chips. 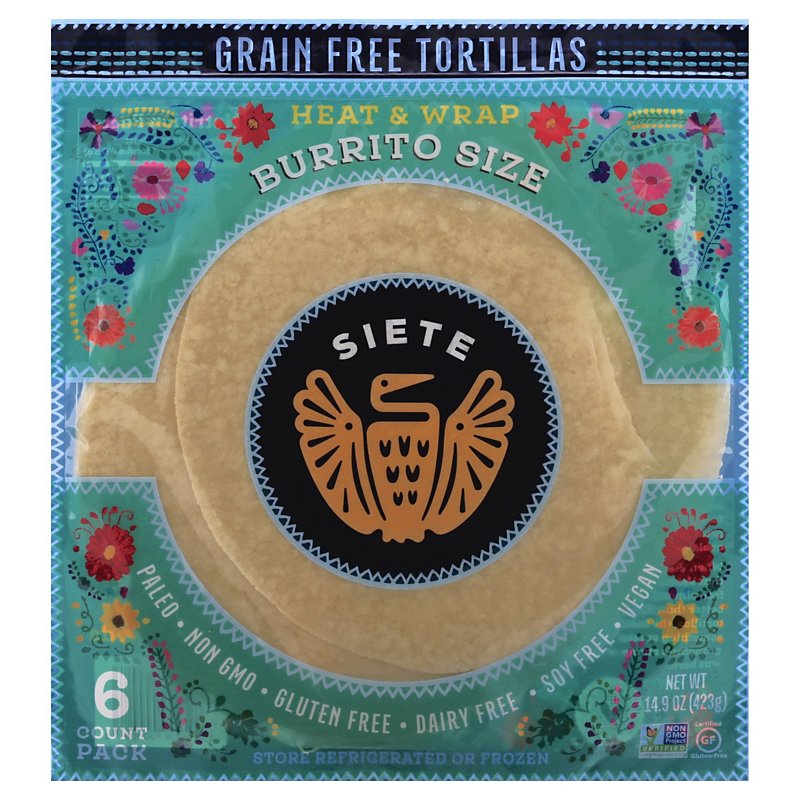 These are almond flour tortillas that are one of the vegan tortillas brands and that is certified gluten-free .

They can be found at Whole Foods health food store, and are one of the healthiest options.

The ingredient list is pretty simple in this one – almond flour, tapioca flour, water, sea salt, and xanthun gum.

This brand also offers their vegan flour tortillas made with chickpea flour, and cassava and coconut tortillas as options, too. 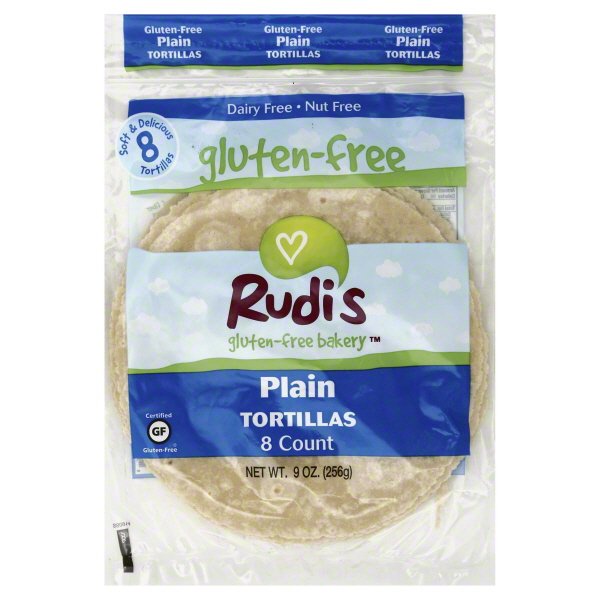 These ones are gluten-free, dairy free, soy-free, and nut free.

These whole grain tortillas are soft and plain flavored tortillas, which makes them versatile for many different recipes.

Made of sorghum, brown rice flour, corn, amaranth, quinoa, millet, and teff for the base recipe with a few other organic ingredient – this is a simple and healthy tortilla choice.

These vegan tortillas are easily rollable into a sandwich, a wrap, or they can be used as a burrito wrap.

Try heating one up first with a little bit of coconut oil or olive oil spooned into a frying pan, it will give it some warmth and a nice crispy texture. 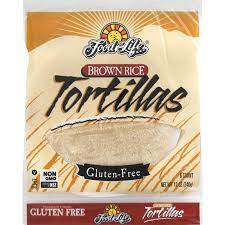 This is one of the vegan tortilla brands that have created brown rice tortillas with a moist taste.

These are nutritious, gluten-free and feature non-GMO ingredients.

These tortillas vegan taste great heated up a bit with your favorite style of beans, some vegetables, and perhaps a homemade salsa to drizzle on top.

If you’re new to the vegan lifestyle, these are a great bet for flavor, availability, and overall nutrition.

You can pick these up at pretty much at any health foods store, or your local Whole Foods. 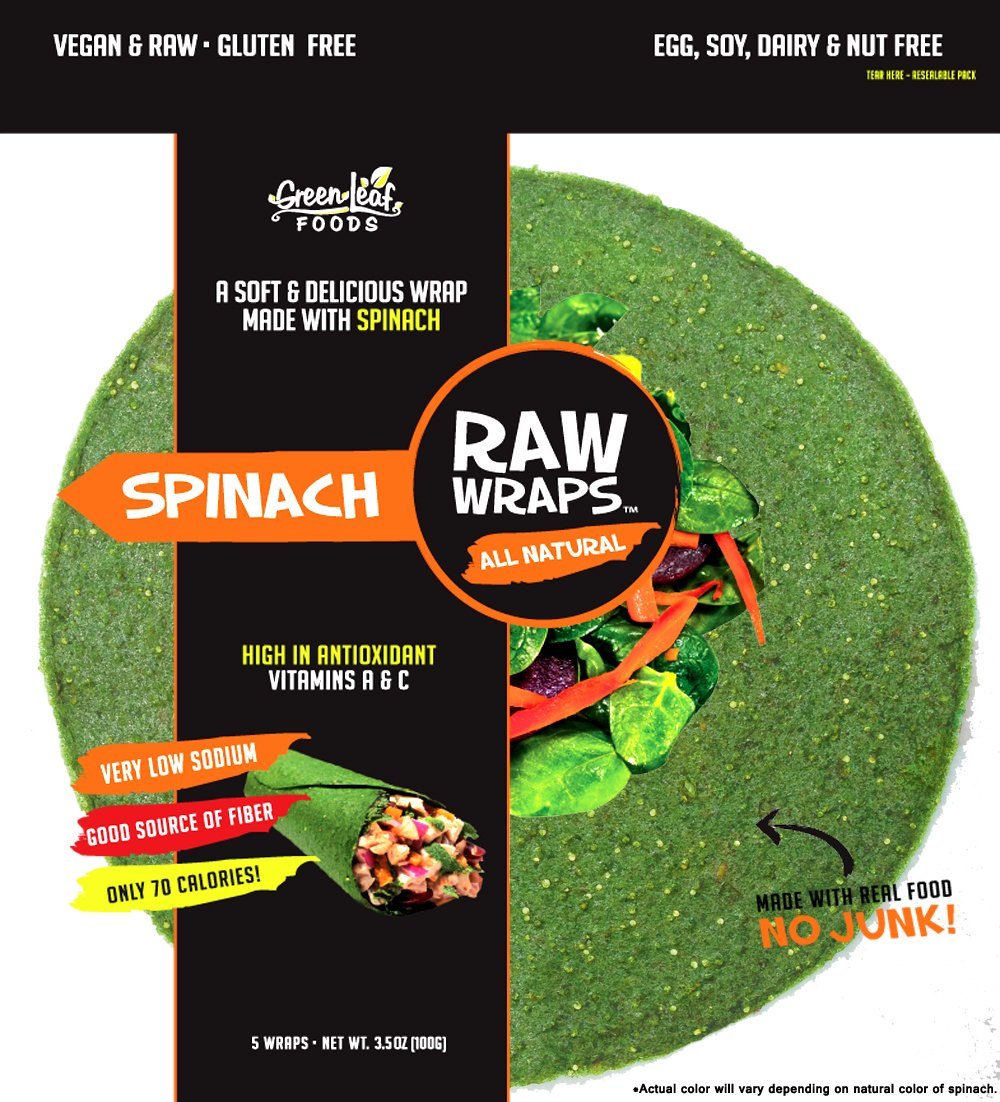 This one is a vegan-friendly spinach flavor wrap made from apple, quinoa, onion, and psyllium that’s a healthy choice.

These raw wraps are baked at low temperatures to preserve the nutrients in the raw fruits and vegetables in the recipe – so these are a very healthy option if you’re looking to optimize your health.

These comes in a pack of 5, and can be used as a pizza crust, to make wraps, enchiladas, burritos, or as sandwich bread.

They can be fried, baked in a sandwich press, or eaten as-is.

They even have a year-long shelf life, if you’re stocking up in case of the apocalypse. 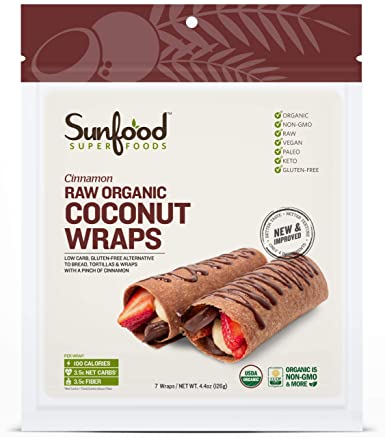 This coconut wrap is rich in fiber and in healthy fats, can decrease free radicals in the body (which cause cancer), help with digestion, and for an energy boost.

This tortilla wrap choice can be used as a bread substitute, for fresh spring rolls, or as a sandwich or even fruit salad wrap.

This vegan vegetable wrap is gluten-free, non-GMO, and vegan. 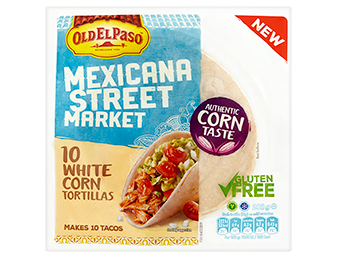 This is one of the few tortilla brands that have been around since 1917, originating in New Mexico and founded by the Mountain Pass Canning Company.

Just know that this company does carry some non-vegan tortillas in flavors that do have animal products – the bold flavored ones, Nancho cheese flavor, the Ranch flavor, and the Hint of Lime flavor.

If you’re tempted to put some sour cream in your taco – know the most of the sour cream out there is not vegan. 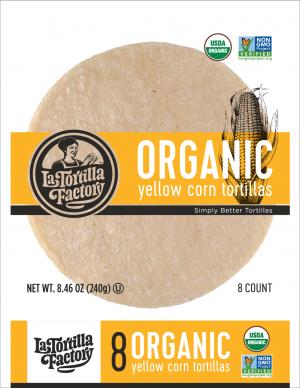 Try filling them with a homemade sweet potato and black beans mixture with fresh lime juice drizzled on to and some diced onion- and voila!

These are gluten-free, non-GMO, and contain all vegan ingredients.

They contain 14 grams of whole grain in each tortilla, and non-GMO ingredients, and don’t have any bad fats.

You can find these online on their website and have them shipped directly to you, or at your local grocery store.

What about Tortillas at fast food restaurants?

Are taco bell tortillas vegan? Are Chipotle Tortillas Vegan? You may have caught yourself wondering these things if you’re new to the vegan diet.

Chipotle does mention on their website that their tortillas are vegan..and Taco Bell doesn’t have any animal products in their tortillas. So, the answer to both of those questions is yes- these fast food restaurants do sell vegan tortillas.

Tortillas, especially vegan ones, are one of the healthier things to eat in life.

The beautiful part about certified gluten-free tortillas is that the gut won’t suffer from any inflammation after you eat them. Even if you aren’t gluten-intolerant, grains do upset the stomach and scrape the intestinal lining when they go down the gullet.

Corn tortillas are full of fiber, whole grains, and nutrients. Compared to flour tortillas – they are healthier, as they are higher in fiber and lower in calories and in fat.

They are a healthier option than bread for their low carb content, if you’re wanting to keep your blood sugar levels balanced.

Those tortillas that are made with whole grains have a natural wide range of nutrients, too.

Of course, too, the tortilla recipes with ground up vegetables and fruits inside are extra nutritional.

Something interesting to know is that the higher up the ingredients are on the ingredients list of any given product, the more of that ingredient there is in the recipe. So, if you see that pureed vegetables, for example, are one of the very first ingredients labeled on the package, it’s a surefire way to know your food item is packed with healthy ingredients.

How to make your own Vegan Tortillas

If you want to cook tortillas at home for a new experience, or just want to be absolutely 110% sure that every ingredient in your tortillas are vegan, making your own tortillas can be a fun thing to create if you feel like working with your hands.

Plus, you can work some magic with some of your favorite spices and play spice thumb – who knows, maybe you’ll conjure up your new favorite vegan tortilla ever!

This video teaches you how to make vegan tortillas in a matter of minutes.

This is a great option for those that are gluten-intolerant and that want to be certain there was no cross-contact involved in the production process.

There are many vegan recipes to choose from for homemade tortillas – this is just one of them.

You can also check out tortilla chips vegan, here.

Whether you opt for a Mission Tortillas Vegan, a Whole Foods brand tortilla, one of the tortilla wraps or a tortilla at one of your favorite Mexican restaurants, you can’t wrong with a vegan tortilla – there’s just something about them.

Tortillas don’t inherently contain any animal derived ingredients, so if you’re new to the vegan world- know that you’ll be in the safe zone with most tortilla brands.

And if a tortilla doesn’t appeal to you, try out a vegan bagel instead – it has just as much versatility as a tortilla and comes in all different sorts of flavors.

By now, you might be thinking of every possible thing you could eat in a tortilla. The possibilities are truly limitless.

Author: Brittani
Filed Under: Is It Vegan
Are Pop Tarts Vegan?
Are Tootsie Rolls Vegan?