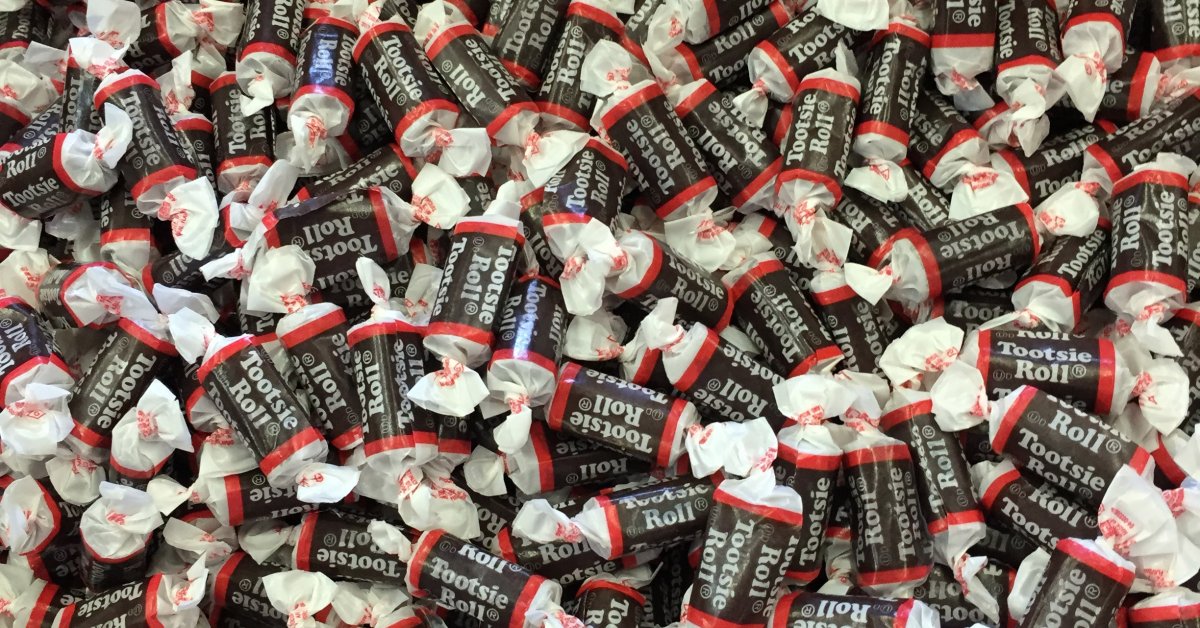 They have milk in them, so they don’t pass the vegan test.

Though there are many companies that label their products as vegan, not all products do, so sometimes it can be tricky to tell whether something is vegan or not.

What are Tootsie Rolls?

These are small, rectangular shaped chewy candies with a chocolate-y taste with underlying fruit flavors.

It’s been a number one selling chocolate candy in the U.S. since 1945, and is a candy found in many other countries like Canada and Mexico, and also European countries.

In 1896, an Austrian man named Leo Hirshfield opened a candy shop in New York City, who was known for making the first individually wrapped wrapped penny candy (meaning it was sold for a penny) from a European recipe he brought with him when he came to the States from Austria.

Leo nicknamed his 5 year old daughter at the time Tootsie, and that’s how the name Tootsie Roll came to be.

During World War II, tootsie rolls were sent as rations to soldiers for when they needed a boost of energy.

This is basically milk that’s beens thickened and is made from whole milk or skim milk mixed with water.

This ingredient is composed of total milk solids and is generally unsweetened. 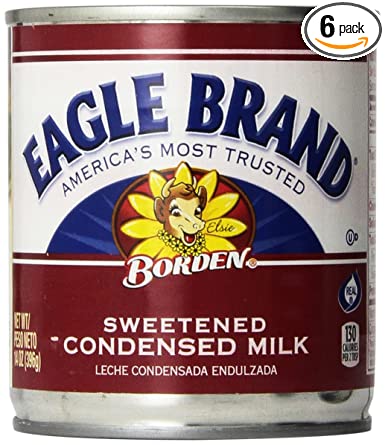 Sweetened condensed milk is named such because it is always sweetened, and it comes as a very thick liquid in a can.

Seeing as how there are animal derived ingredients and milk proteins in this ingredient – it’s not vegan friendly, as it does have milk products inside of it.

This is milk that has been heated to remove water from the milk, which thickens it and forms it into a thick liquid.

This ingredient contains about 45% sugar – the sugar in condensed skim milk becomes concentrated, which adds a caramel flavor to the milk.

It’s commonly used in baked goods, desserts, and in puddings as a thickener.

Thais traditionally like to use this in their Thai iced coffee for its sweetness and the creaminess it adds. 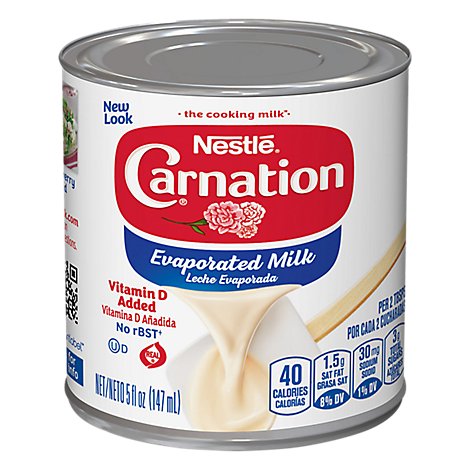 This is milk that has underwent a heating process that removes about 60% of the water in it, which leaves a slightly sweet flavor behind.

This non-vegan ingredient becomes the equivalent to fresh milk when water is added to it.

There are skim, whole milk, unsweetened milk, and low-fat varieties of evaporated milk.

This is used in dishes to add a creamy texture in cooking and in baking dishes in place of regular milk and it has a long shelf life of about a year.

This ingredient is known in certain countries as unsweetened condensed milk. 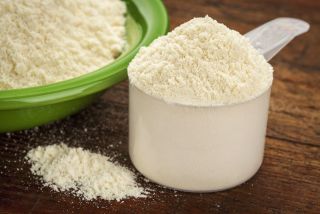 This is a liquid thats leftover through straining curdled milk as a by-product of cheese making. So, it’s clearly not vegan.

It’s full of lactose, protein, and vitamins and minerals, and you’ll find this ingredient in protein shakes as well as in many non-vegan processed foods.

Certain people within the vegan community do not agree with eating and supporting certain ingredients that are tested on animals, are environmentally destructive, and that pose health concerns.

Especially prudent vegans may very well choose to avoid some of these ingredients that are found in Tootsie Roll products.

This is not necessarily a vegan friendly ingredient, as it can be sourced from animal as well as plant sources. This ingredient is used to enhance flavor in processed foods. 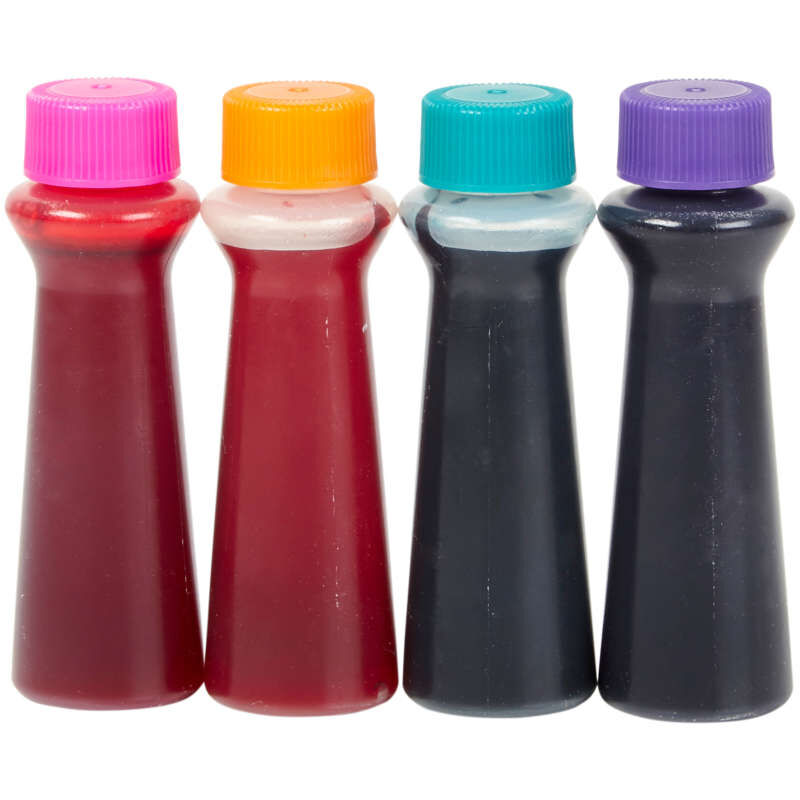 These food products that are used to color many processed foods are unfortunately tested on animals, which some vegans disagree with.

This is a synthetic food dye used to give foods a red color that’s derived from petroleum and coal tar.

It’s also found in makeup products, in some medications, and is one of the most widely used food colorings in the United States.

There are no animal products or crushed up red bugs in this chemical, though, some vegans still contest to the use of this ingredient in opposition to the animal testing that’s routinely done with this ingredient.

When this chemical is injected into male and female rats, it damages their DNA. Many animals can die as a result of the testing processes, too.

Certain people believe that animal testing could be replaced with more accurate and economical alternatives. An option is to use donated human tissue from surgery or to use restructured human skin as a testing material in lieu of using rabbits; For example, the rabbit tests are only 60% effective compared to 90% efficacy with the rabbits, in the case of the Draize skin irritation test.

This vegan dye has compounds within it that are linked with cancer, and hyperactivity and allergic reaction amongst children.

This is a yellow food dye additive ingredient that’s derived from petroleum. So, it’s vegan friendly.

This is also found in many foods processed foods and candy to give them a yellow color, in medications, and body care products

This food coloring is neurotoxic and has been show to even increased irritability and depression in humans.

Some vegans do not support the animal testing that’s conducted with this ingredient, despite it not having any animal derived ingredients.

This is an artificial food dye that’s used to color food products blue. It was synthesized in the late 1800’s and is sourced from an oil base.

Countries like France and Norway have banned this ingredient all together because it’s been found to have been linked with brain cancer. 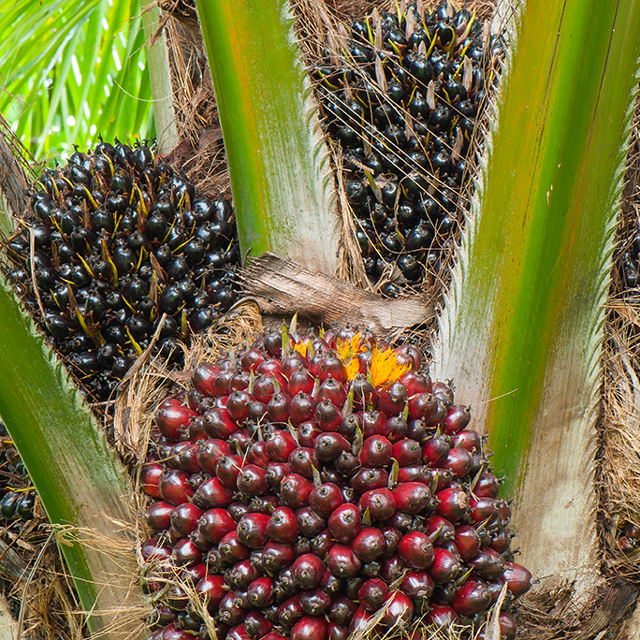 Just because this vegetable oil ingredient isn’t sourced from animals doesn’t mean it’s not frowned upon a bit by certain vegans. When palm oil is produced and later harvested, it does have a negative affect on the ecosystem and the animal habitats around it. When the oil palm trees are planted, a lot of land has to be cleared and land burnt, so the air quality suffers. Also, when trees and plant material are burnt, more methane is released into the air which contributes to global warming.

Sustainable palm oil makes the palm oil industry more ethical in that it promotes obtaining permission for use of the land from the local communities, better environmental standards to offset pollution, and transparency. Some vegans will choose to only purchase products on the market with labels that specify whether the food product has sustainably sourced palm oil or not.

Every dollar you spend does determine the future of our world. 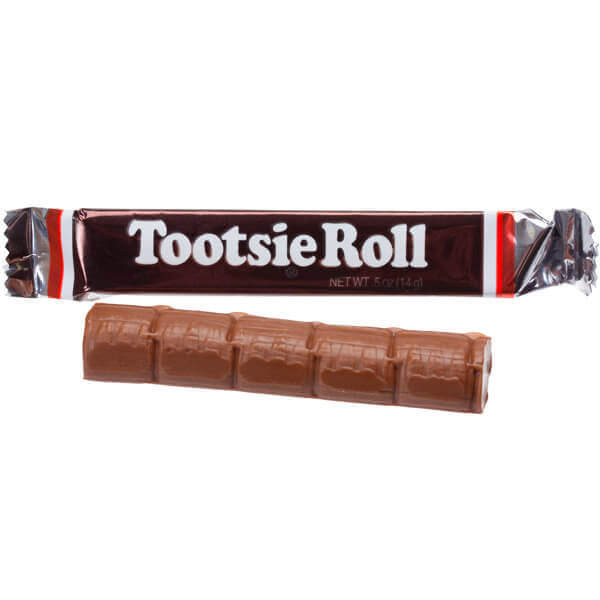 This is the classic tootsie roll that’s reminiscent of a laffy taffy candy but with a distinct chocolate flavor unique to tootsie rolls.

These do have whey, so they aren’t vegan. Note they also have artificial and natural flavors.

Perhaps you have memories of receiving this candy in your Halloween basket, or snacking on them after lunchtime in elementary school. 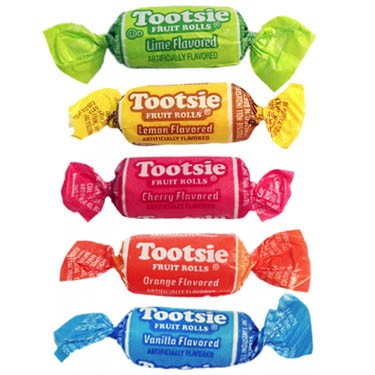 These are Tootsie brand flavored taffy like candies that last longer than you’d think if you let it slowly let it melt in your mouth.

Since these have whey and condensed skim milk, they are not a vegan candy. 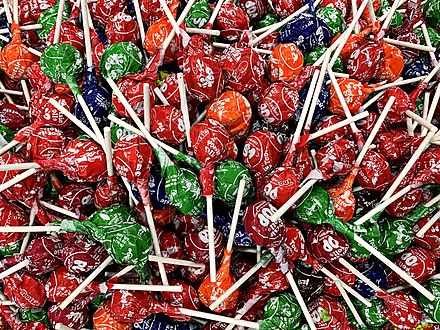 These non-vegan treats are lollipops with a chewy chocolate center and a hard candy shell that come in orange, chocolate, raspberry, cherry, and grape flavors.

The recipe for this kind of tootsie product is similar to the tootsie roll one listed in the beginning of the article. Note that these tootsie pops have the controversially vegan ingredients sugar, red 40, yellow 5, blue 1, and strawberry powder.

Citric acid (a preservative) and strawberry powder (powdered strawberries) are also ingredients included in this recipe to extend shelf life and improve the flavor.

Due to the condensed skim milk and whey in the recipe – we can’t consider these food products vegan.

These candies are fat free and contain only 60 calories per sucker, but they do contain 11 grams of sugar per pop.

The tootsie pops cherry flavor is a classic favorite.

You’ve surely heard the phrase before, “How many licks does it take to get to the center of a tootsie pop?” from the wise old owl on that one commercial. And if not, well – the owl is referring to tootsie pops. 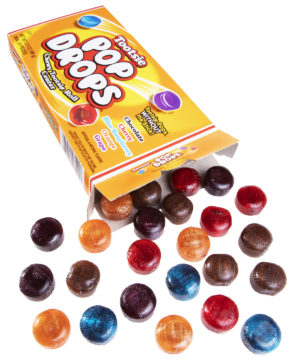 These are a mini version of a tootsie pop, if you like the way those taste but aren’t quite in the mood for a whole lollipop.

The Pop Drops have the questionable ingredients of sugar, artificial and natural flavors, so if you are a stricter vegan, you may want to reconsider.

These pops do contain milk and whey, so they aren’t vegan.

If you’re allergic to gluten, the Pop Drops are gluten-free.

They do have soy, though, so they aren’t soy-free. 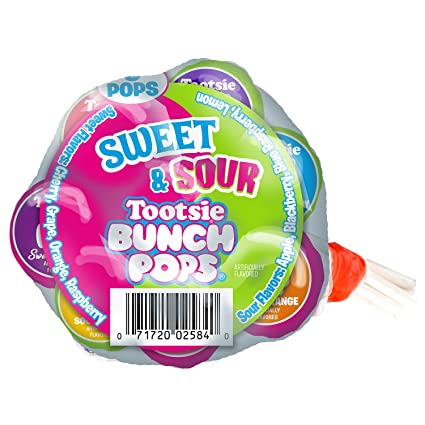 Think of this particular candy as like a lollipop without the stick.

This recipe does contain milk, soy, palm oil and sugar, whey, and artificial and natural flavors, for the especially prudent vegan.

The tootsie pop ingredients in this version of tootsie rolls are not vegan, though they are peanut and nut-free.

This is an easy tootsie rolls vegan alternative to make for a healthy 100% vegan afternoon treat.

These are vegan tootsie rolls that are gluten-free, grain-free, and are made without palm oil.

The ingredients you’ll need are honey, protein powder, raw cacao powder, and almond butter. This cooking experiment also requires a blender, a knife, parchment paper, a blender, your hands, and some good music to listen to while you’re creating in the kitchen.

This tootsie roll alternative is a wonderful option for those of you that don’t wish to consume any non-vegan ingredients.

Whether you decide on a tootsie bunch pop, the first penny candy, or a vegan tootsie roll alternative, you can’t go wrong with any of these options – the only thing is they’re not vegan.

If you’re new to the vegan community and are looking for vegan sweet treat ideas, check out this article.

The owl has actually figured out that it takes three licks total to eat a tootsie pop.

That may be so for Mr. Owl, but human studies at N.Y.U. and Florida State University have proved that it takes about 997 human licks to get to the center of one.

Author: Brittani
Filed Under: Is It Vegan
Are Tortillas vegan?
Are Marshmallows Vegan?