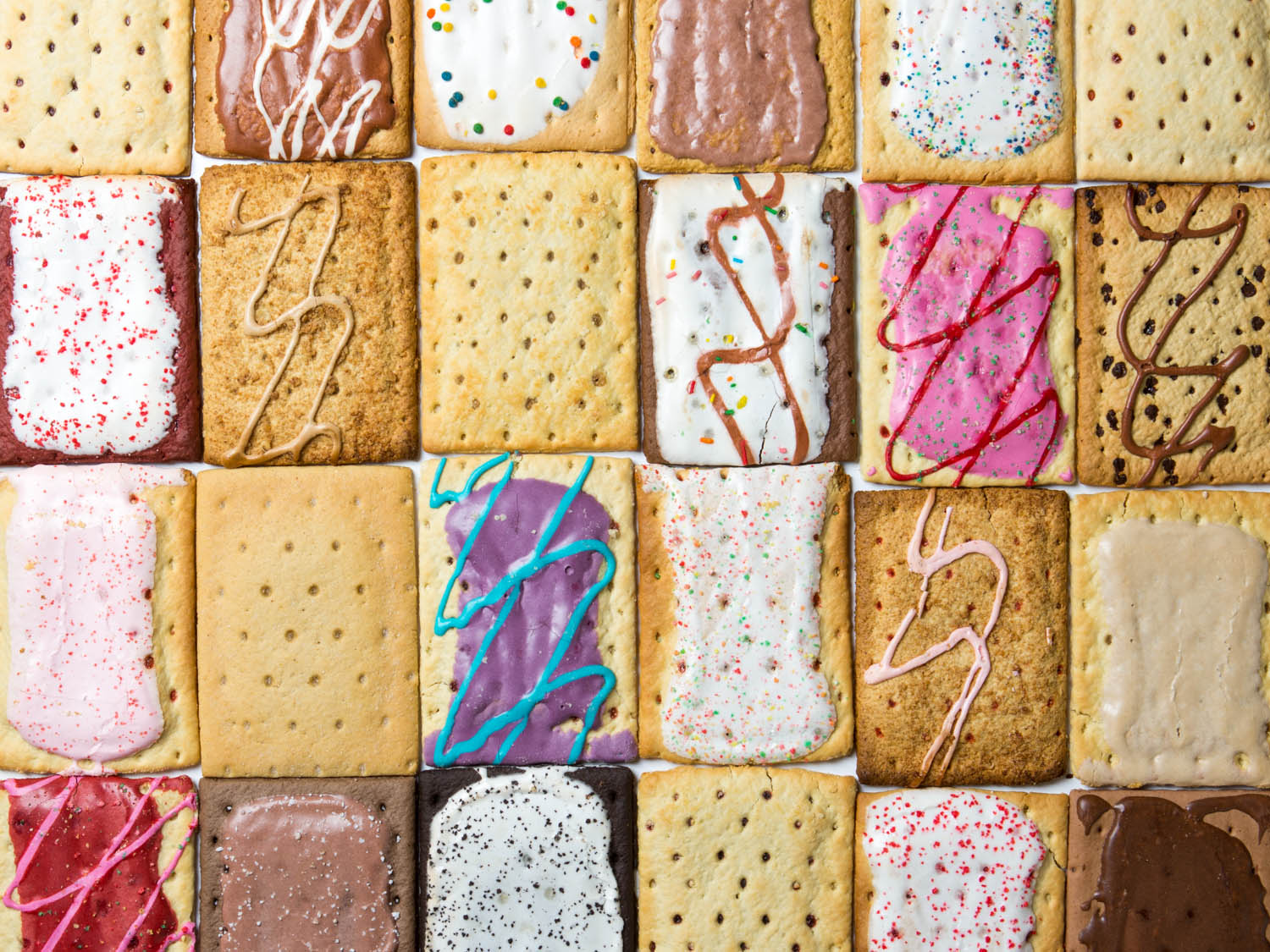 If you’ve just recently begun a vegan diet and are wondering the who, what, where, when, and why of pop tarts, you’ve come to the right place at the right time.

Many of the pop tarts flavors are not vegan, but there are three flavors that are considered vegan.

What are Pop Tarts?

Produced by Kelloggs and selling over 200 billion pop tarts every year, pop tarts are a well loved snack by many all over the world.

Pop tarts are a rectangular cut shortbread pastry with different kinds of fillings that is oftentimes coated with frosting.

It was originally referred to a fruit scone, that nowadays some might even consider a little dessert-like pie that you can eat for breakfast or at any time of the day as a snack.

Maybe the name of pop tarts brings up childhood memories of eating them by the pool or for breakfast with a cup of orange juice before elementary school started.

Due to non-vegan ingredients, there are many pop tart flavors that can’t be considered vegan.

*This is the ingredients list for the unfrosted strawberry pop tarts – the pop tarts ingredients do vary a bit with the other flavors, but this gives you a general idea as to what goes into a pop tart.

Ingredients that are non-vegan

Not only is cows milk a non-vegan ingredient that comes from a cow – it also poses ethical and health concerns for some vegans.

Cows are harmed in the process, calves are separated from their mothers, inhumanely forced into lactation, and later slaughtered. There are also human health risks related to consuming these products, including lactose intolerance and an increased risk of breast and prostate cancer.

This non-vegan ingredient is a protein made from boiling cow or pig ligaments, tendons, and bones with water.

It’s commonly used in bathroom and cosmetic care products, and also as a thickener in foods like puddings and marshmallows.

This is used as an additive ingredient, and whey is basically the leftover liquid milk residual after its been curdled and filtered during cheese production. The whey contains lactose (milk fat) and sugar, so it s not vegan.

This the name for the layer of yellow fat that accumulates at the top of unhomogenized milk. Milk is homogenized by a process that disperses the milk fat through high pressure, making the ultimate milk mixture more uniform with a smoother texture, and enhancing its white color. Seeing as how this is an animal by-products, it’s not vegan friendly.

This is the clear liquid that surrounds the egg yolk inside of a chicken egg. Egg whites make for about half of the protein in a chicken egg, but that doesn’t make them any less non-vegan.

Some stricter vegans view the following as questionable vegan ingredients and may consider them to be non-vegan ingredients, for ethical and moral reasons, as well as environmental consequences.

In order to make space on plantations to plant the palm trees, virgin rainforest has to be cleared which involves burning the land, and contributes to global warming by releasing smoke and carbon dioxide into the atmosphere. It’s also destructive to animal habitats and the animals that live within them.

Some oil palm plantations use pesticides and the runoff pollutes soil and surrounding groundwater, which affects the local people and animals, and also the downstream life.

The origin of the ingredients in natural flavors is not easy to pinpoint, as it can be derived from a wide array of ingredient sources including fruits, herbs, vegetables, other plant materials, but also from meat, poultry, and dairy products.

It’s an ingredient thats used to enhance flavor in certain products and in many processed foods, and doesn’t add much nutritional value.

Certain stricter vegans disagree with the morality behind the production of artificial colors for the unnecessary animal cruelty associated with it.

This is a food dye that’s sourced from coal tar and petroleum, and is actually considered a vegan ingredient. However, there is a dark reality behind its testing process along with related health concerns.

This food dye is tested on animals such as mice, rats, and dogs, and sometimes results in them losing their lives. Tests on mice have led to immune tumors forming in their bodies, which is unneeded animal suffering.

Consumption of this ingredient among children has been linked to an increase in hyperactivity levels, and also allergic reactions such as swelling around the mouth. The U.S. Department of Health considers it to be a carcinogen, or a cancer-causing agent.

This is a food additive that’s synthetically made in a lab. There are a few countries that have banned it, if that gives you an idea of the adverse health effects on humans. It’s linked to allergic reactions and the same animal cruelty occurs with the testing process of this ingredient.

This food dye is an organic salt compound that’s used as a colorant in many processed foods and also in candy and pet food.

Again, this dye is tested on animals.

This is a synthetic food dye that’s made in a laboratory that’s commonly found in processed foods, cereals, candy, and baked foods.

This dye is tested on animals in the same way and has showed results of causing cancer in animals.

It’s also also been linked to hyperactivity in children.

Many vegans believe that artificial color use could be replaced with natural colors.

The following are the vegan unfrosted pop tarts flavors, of which are unfrosted strawberry, unfrosted blueberry, and unfrosted brown sugar cinnamon.

These are considered vegan pop tarts, as there are no outright animal products in them.

Note that this flavor is sweeter than the blueberry one, for you sweethearts out there. 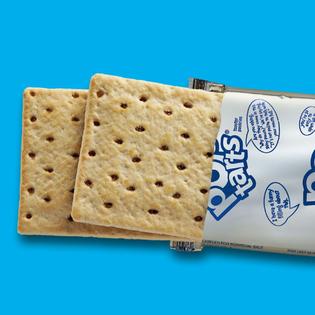 These pop tarts vegan are considered so because they don’t have any outright animal ingredients on the recipe list.

If you’re looking for a fruity and snack with antioxidants, the unfrosted blueberry flavor with berry filling is a popular vegan pop tarts choice.

If you’re not big on the sweeter flavors, consider this one since it’s less sweet than the strawberry one.

Also, this is the vegan flavor that has natural flavors in the recipe along with artificial colors, which some vegans may want to avoid. 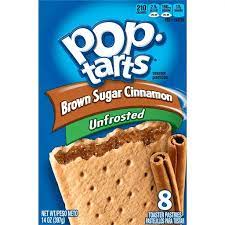 This is a vegan-friendly pop tart available in unfrosted brown sugar cinnamon flavor.

Odds are if you like brown sugar and cinnamon, you’ll enjoy these.

Try popping some in the toaster on medium heat for a warm treat with golden brown and crispy edges. You might want to pair these vegan pop tarts with a cup of coffee for a tasty flavor combination.

*Do note that all of the above flavors contain palm oil, natural flavors, and added colors – if you’re a stricter vegan that is against animal cruelty, deforestation and/or the risk to human health.

*You can also opt to make your own vegan-friendly vanilla vegan frosting if you don’t want to miss out. You just need some cold vegan butter, plant-based milk, vanilla extract, and sugar. 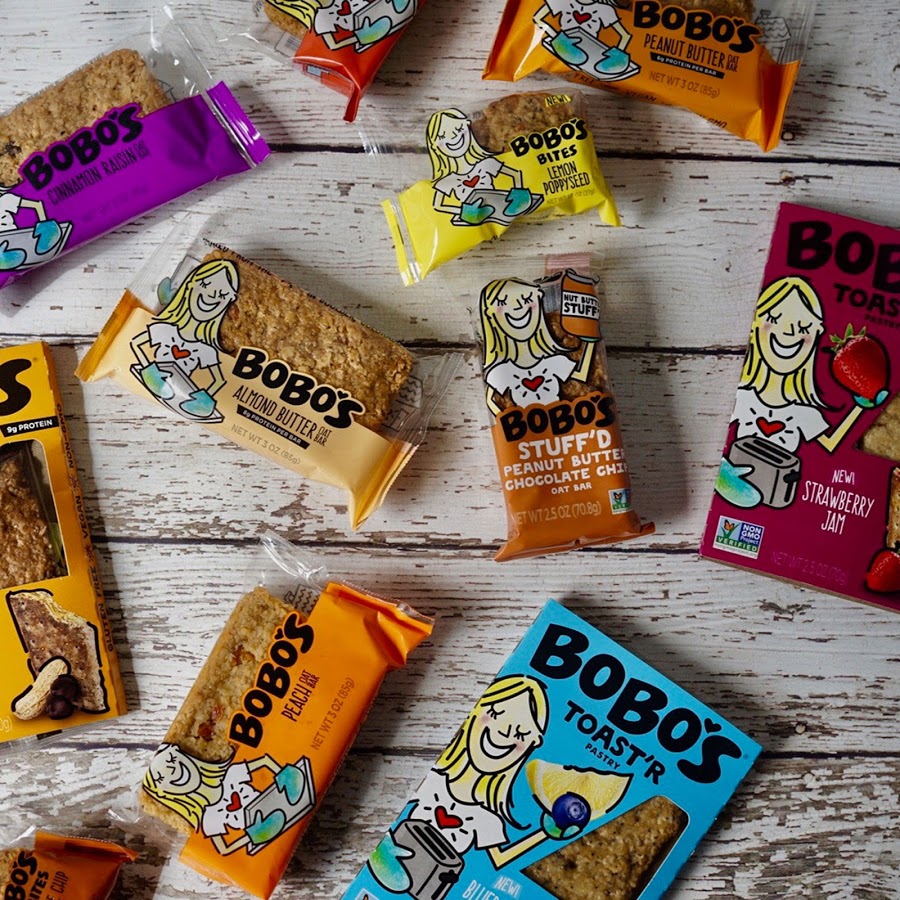 These are toaster pastries that are fresh baked with whole grain oats and that have a crust made with millet.

They are all vegan and contain non-GMO ingredients, with no refined sugar, no soy, dairy, or wheat (gluten).

They are low in cholesterol, too, for those of you wanting to improve heart health.

Bobo’s are tasty for breakfast or at any time of the day.

This healthy treat is made in a Colorado bakery with human hands and not in a factory, so there is a more personal touch to it.

Overall, alongside vegan pop tart flavours, this choice is a healthier one in the end.

How to make your own Homemade Pop Tarts

You can try making your own pop tarts and tailor the ingredients to your liking.

You’ll need a non dairy milk like soy milk, oat flour, salt, applesauce (works as an egg white substitute), and coconut oil for the base, and the proper filling ingredients per what the instructional video. This will also require you have a baking sheet, a wooden spoon, a pastry cutter, parchment paper, and a rolling pin.

You have the option to explore with different flavors- there is guidance for how to make a pop tart with berry filling, a chocolate chip cookie flavor, or a brown sugar cinnamon flavor vegan pop tart.

This way you can assure there are no questionable ingredients like palm oil or mysterious natural flavors like you find in the store bought pop tarts.

Perhaps you’re inspired to try the unfrosted blueberry flavor or the unfrosted strawberry, to make your own homemade vegan pop tarts, or try a pop tart alternative. Or maybe not.

Whether you decide to try these sweet treats in the end or not, there are many other vegan snacks and desserts on the market, like donuts or your favorite bagel dolled up with some nutella and fresh strawberries on top.

Oh, and pop tarts always seem to be coming out in new flavors, so if any of these particular ones don’t appeal to you, maybe in a few months there will be something more appetizing available. And with the rising popularity of veganism, hopefully that one will be a vegan choice.

Author: Brittani
Filed Under: Is It Vegan
Are Starburst Vegan?
Are Tortillas vegan?