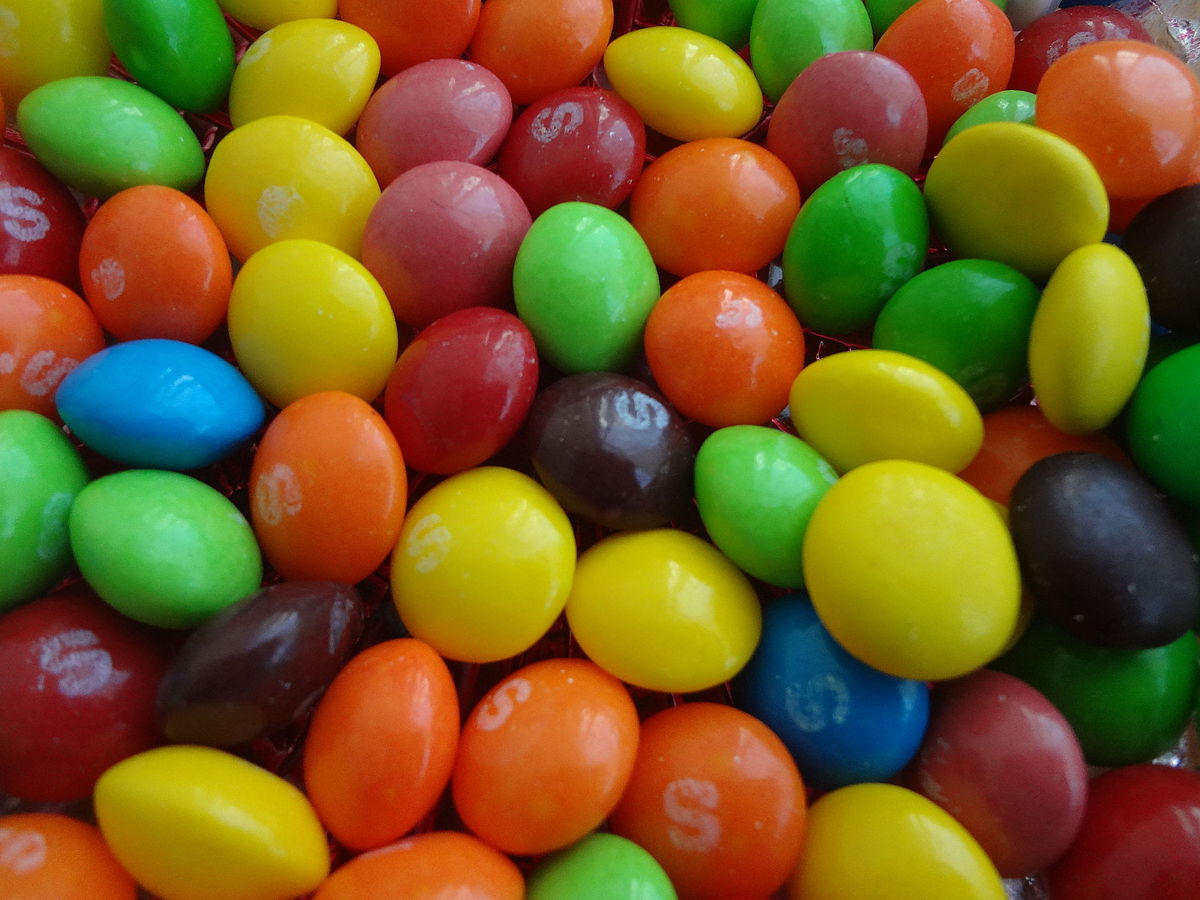 Perhaps the words “Skittles, taste the rainbow” brings you back to childhood, or maybe it makes you think of all of the delicious colors of the rainbow.

Or, maybe you were born in a barn and have never heard of skittles…

Anyways, if you’re new to the vegan lifestyle and have been wondering if skittles are suitable for a vegan diet – know that they are an all vegan plant-based candy that doesn’t contain any animal ingredients.

Mars Incorporated is the company that owns skittles, the chewy rainbow colored small UFO shaped of candies that have been around since before you were born.

Skittles did contain gelatin in the recipe back in 2010, but this ingredient is no longer found in these candies.

Skittles is the number one non chocolate candy amongst all candy retailers in the United States.

*These are the ingredients found in the original skittles recipe.

Within the vegan community, there are a few controversial ingredients that some vegans are averse to eating.

Fish, meat, and eggs are all natural ingredients, but aren’t necessarily all vegan.

It’s difficult to know from exactly where the natural flavorings in a product are sourced from with all of the options, but it’s always a possibility to contact the company directly.

Natural flavors are a Federal Department of Agriculture (FDA) regulated ingredient, so it’s not likely you’ll encounter any harmful ingredients.

So, any substance that’s used to provide flavor to a food item that isn’t able to be derived from a plant, animal, herb, spice, root, eggs, dairy products, leaves, poultry, or plant material is a natural flavor; whereas, artificial flavorings are synthetically created, chemical ingredients that aren’t able to be made from any typical plant or animal products, which is why they classified as artificial.

These ingredients are used to give bright color aesthetic to food products.

Some vegans are opposed to the animal cruelty associated with artificial colors.

Mice, rats, and dogs are guinea pigs for animal testing experimentation, and many do actually die as a result. Blue 1 testing on mice has led to cancer and tumors amongst them, which is suffering that may not be necessary as a result of these cruel and unnecessary experiments

Since 1955, recorded consumption of artificial food dyes has increased 5 times over in the U.S. However, there are countries that have banned certain food dyes – for example, Europe has prohibited the manufacturing of Red 5 in Europe for its adverse health effects.

Some might argue that the parent company of Skittles supports studies with animal testing since they include artificial colors in the recipe list at all.

As you can see, despite gelatin having been removed from the ingredients list ten years ago, there are still some controversial ingredients of concern for certain vegans in the Skittles recipe.

Seeing as how we are living in the 2020s with all of the options in the world, it’s no surprise that there are more than just a few flavors of Skittles to choose from. 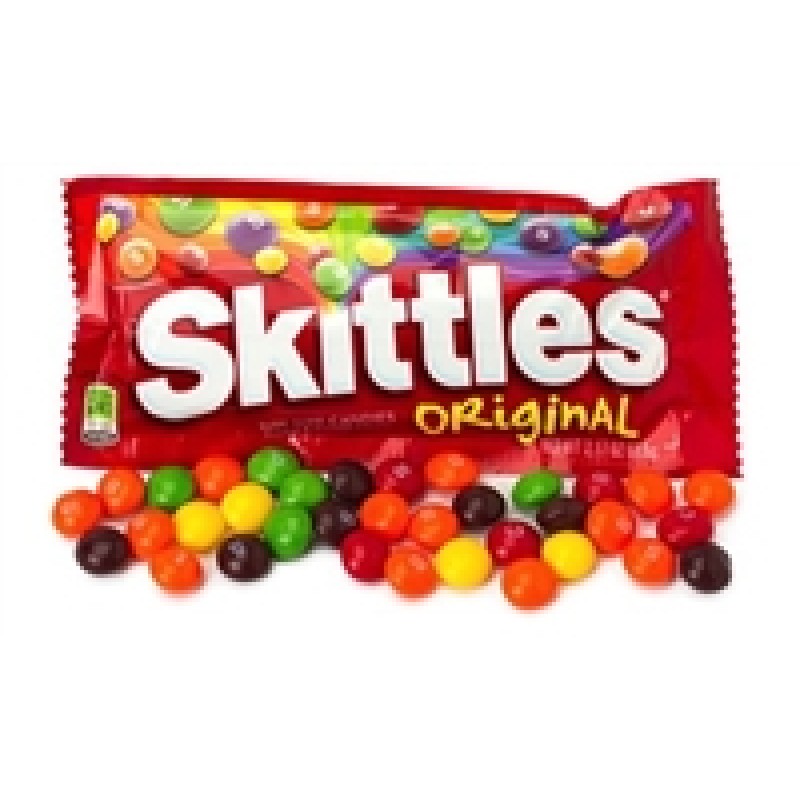 These are the old school skittles, if you really want to taste the rainbow.

There are some ingredients of concern in this recipe for those of you that are stricter vegans, of which are sugar, natural flavors, and artificial colors.

So, these skittles are technically vegan, but whether or not you choose to eat them depends on your level of veganism.

You might consider decorating a cake with original skittles vegan on top if you like to bake and decorate with edible fixin’s.

This option doesn’t contain any ingredients from direct animal sources, so these are considered vegan.

Tropical skittles vegan are great to celebrate anytime of day with, and Amazon sells this flavor in individual packs for on-the-go purposes.

For those of you vegans that are stricter with your eating regimen, note that these have sugar, corn syrup, citric acid, natural and artificial flavors, and red, blue, and yellow artificial dyes. 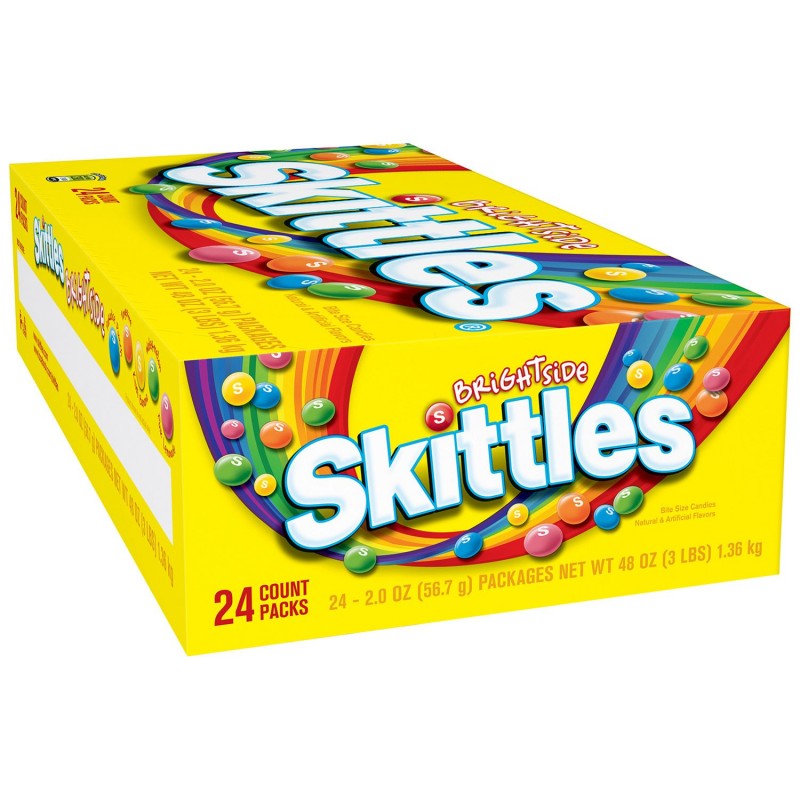 If you’re a fan of fruity flavors – these are the skittles to try!

The flavors to choose from are kiwi banana, paradise punch, pink lemonade, and tangerine. 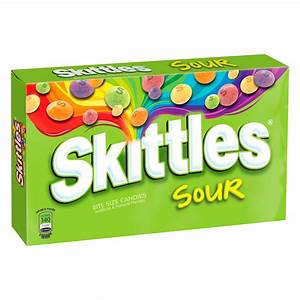 If you like sour – these skittles are for you.

These sour skittles vegan don’t have any animal ingredients, but they do have some potential ingredients of concern for some vegans.

if you don’t enjoy the taste of sour so much, perhaps playing with sour skittles as part of an art project with the kids may be a more appropriate use of them.

If you like to eat skittles, you’re sure to enjoy at least one of these unique sweet and sour flavor combinations.

Similar to most all other Skittles flavors, these also have sugar in addition to natural and artificial flavors, and artificial colors which may be useful to know for those of you that are strict vegans. 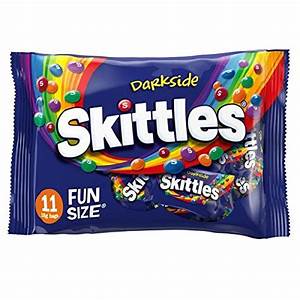 The ingredients in this skittles flavor are all vegan – no animal products found here.

You can buy on Amazon if you’d prefer to have these shipped to your mailbox.

An oil that is derived from palm tree fruit, palm oil is used to enhance a food items texture and taste, and is nowadays found in many processed food items.

One of the more environmentally destructive ingredients, palm oil production has a dark side.

Palm oil is not harvested in the most sustainable of ways. Sections of the Earth’s tropical rainforest are cleared to plant more and more palm trees, and it affects the endemic species that are already endangered as it is. The forests are burned as well as all of the animals themselves that live within it.

Palm oil is regarded as a crop that’s ‘efficient’ to grow, however the degree of environmental devastation that results from its mass production is face-palm worthy.

World Watch Institute has reported that Indonesia is one of the top countries that emits harmful greenhouse gases, which is mainly due to the large amounts of palm oil produced there.

Yes. Skittles vegan don’t have any wheat, wheat gluten, or wheat by-products in the recipes.

Since there are no animal ingredients in Skittles – they are considered halal.

Yep – they are! It’s quite alright to eat skittles if you’re vegetarian.

Whether you choose to go with original flavor skittles, sour skittles, or wild berry skittles vegan, skittles are colorfully delicious and no longer contain gelatin in the ingredient as they did in the past – so they are .

The bone char that the sugar has been processed with in this popular candy recipe might be reason enough for some strict vegans to avoid Skittles altogether. Or, maybe you’re one of those vegans that is not so conservative and you just don’t mind the dirty details. And, if you’re just not sure what you want – that’s okay too.

Vegan oreos are also a great yummy sweet snacking option. And, if you’re a fan of peanut butter – oreos with some peanut butter smeared on top is never a bad idea.

It’s true – some vegans eat skittles, but this depends on your personal version of veganism.

Author: Brittani
Filed Under: Is It Vegan
Is Dark Chocolate Vegan?
Are Pringles Vegan?