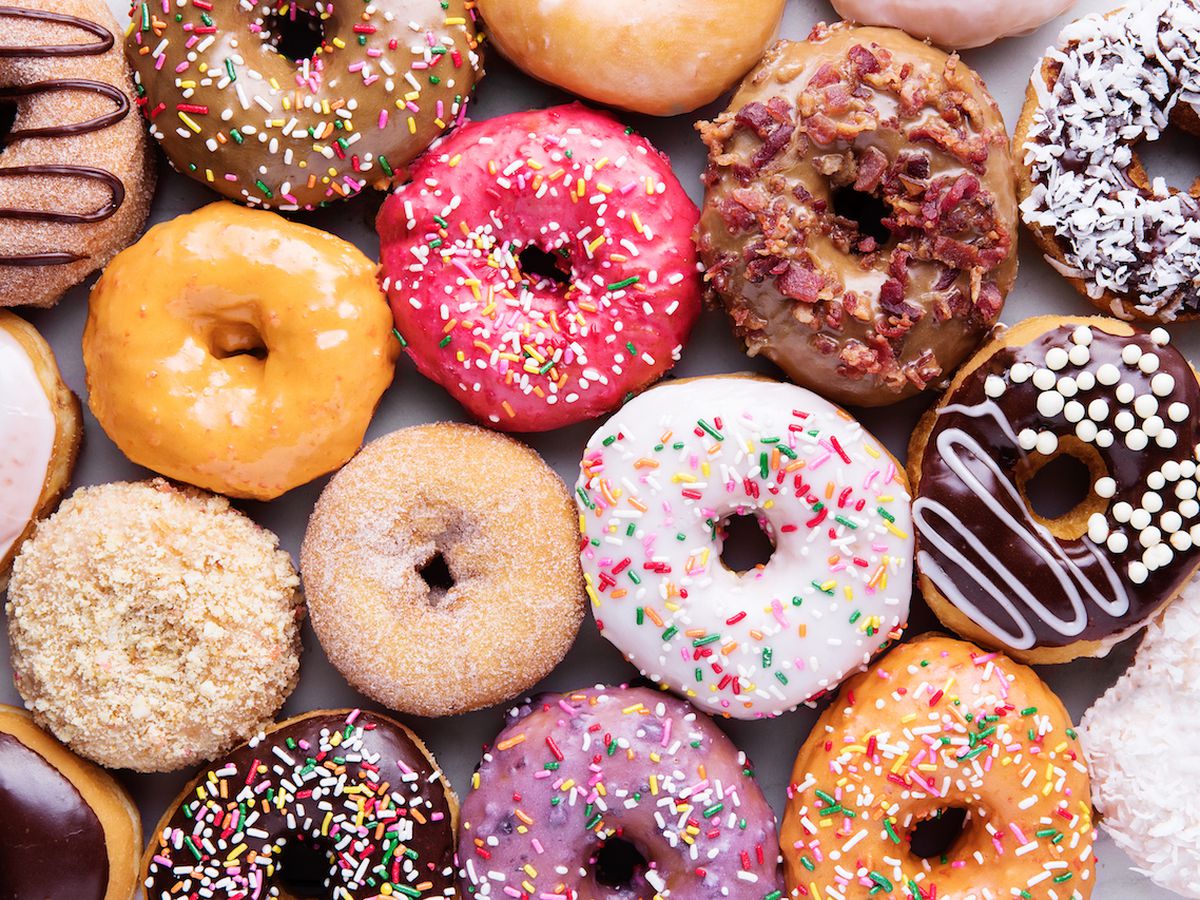 If you indulge in donuts often, you’re likely to already know your favorite brand, flavor, and style of donut you love.

Whether it be chocolate doughnuts, coconut doughnuts, donut holes, or cream-filled maple bars, you’re sure to have at least one type of donut that is your go-to. Mmmmmm.

A fun fact about donuts is that the old fashioned way of spelling them is “doughnut,” named for its main ingredient, dough, and the original circular shape of donuts. In 1950, Dunkin’ Donuts, the first leading producer of donuts, shortened the spelling to just “donut.”

Now the question is – are doughnuts vegan?

Let’s examine how the ooey-gooey goodness of over ten billion donuts are made in the U.S. every year, and later, also share some insight for those of you that are vegans and looking for vegan donut alternatives.

Doughnuts you might enjoy from Krispy Kreme or Dunkin Donuts are likely to have most of, if not, all of these ingredients listed below, of which some have animal by products, ingredients where the majority of them are not all vegan.

These are the typical ingredients found in donuts, or variations of them.

How are donuts made?

Donuts are basically just a fried glob of sweet dough that is yeast-leavened (meaning it rises with yeast that’s in the dough, is mixed and shaped, dropped into hot oil, fried, and then glazed. 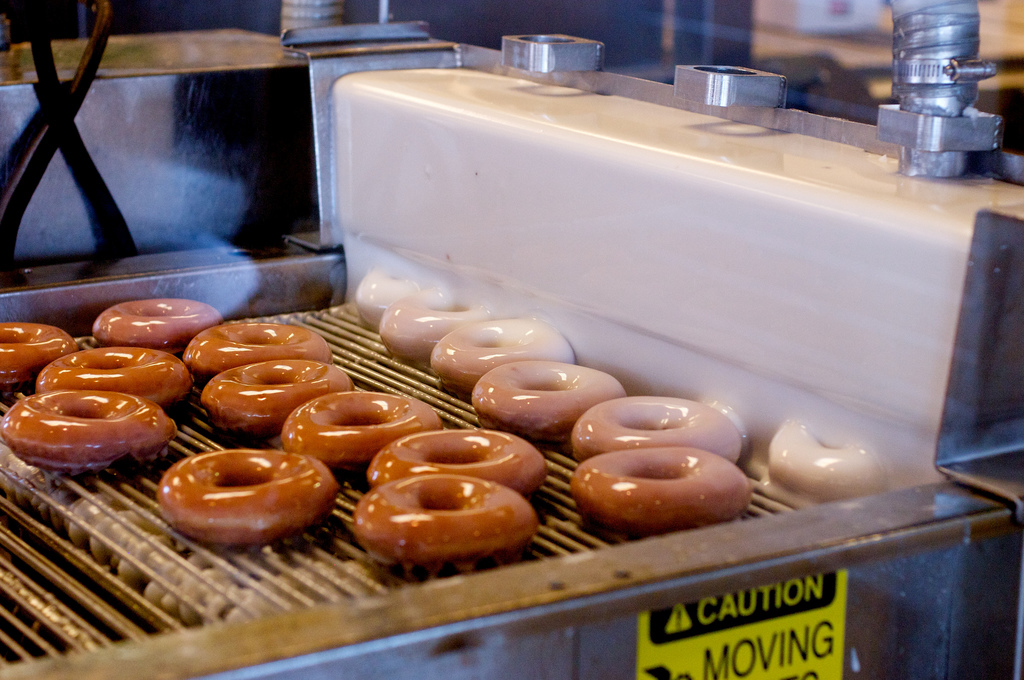 There is not a single donut option on Dunkin Donuts menu – all of them contain both dairy and eggs. But, if you are a vegan and catch yourself in this sweet-smelling donut shop to meet up with a friend and want a treat that has no animal products in it – try the vegan cinnamon raisin or sesame seed bagel, and perhaps a cup of coffee. 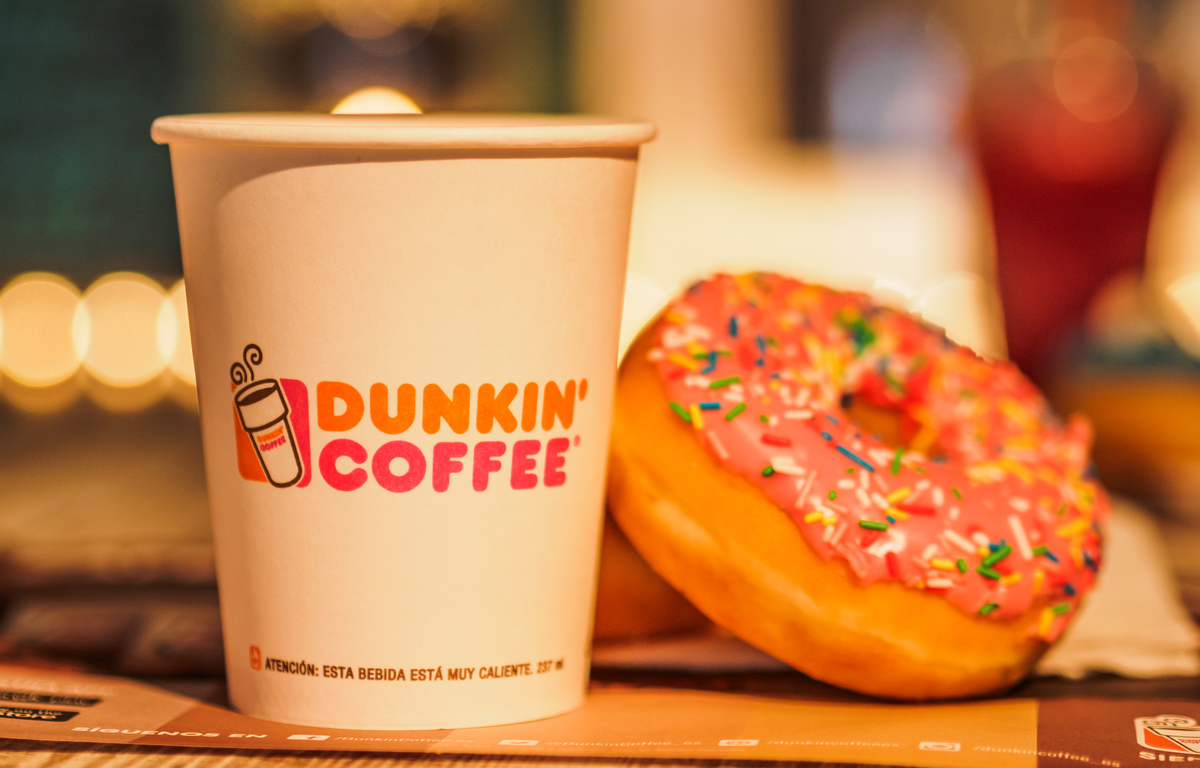 According to the Krispy Kreme website, eggs and dairy products such as butter, yogurt, whey, and milk are used in all of their donuts.

There are so many donut recipes out there, so if you want to be absolutely sure your donuts are vegan or have a question, you can always email the donut chain company itself or just ask in person for more information.

Vegan donuts DO exist. More and more small bakeries, coffee shops, and your local grocery stores, are beginning to feature these on their menu, and you can also find vegan donuts in your local health foods store, or even make your own… more on that later!

How are vegan donuts made?

Vegan donuts are typically made with the following substitute ingredients:

This is the type of flour that’s usually used to make regular donuts. You could use just about any type of flour you want, though, like oat flour, spelt flour, or whole wheat flour.

You could try an alternative like oat milk, cashew milk, or almond milk, instead of cow’s milk.

-A substitute for eggs:

This is crucial for a donut to be vegan – which could be anything along the lines of chia seeds mixed with water, flaxseed, tapioca starch, applesauce, bananas (this adds moisture and adds a bit of sweetness), or arrowroot powder.

You can also add a glaze on top like chocolate, vanilla, strawberry, or just coat the top with plain coconut sugar. Just double-check that you use dark chocolate instead of milk chocolate so it’s vegan.

You may have to tinker around with different egg replacements to find your favorite, or look up more info about each one online.

Let’s actually dive into a vegan donut recipe now to give you an idea of how exactly to make a batch of vegan donuts for you vegans out there, or for those of you that are just curious to try a health(ier) vegan donut.

The highlight of this vegan donut recipe is that they are baked instead of fried, which is of course better for your health, and they are also pretty easy to make. 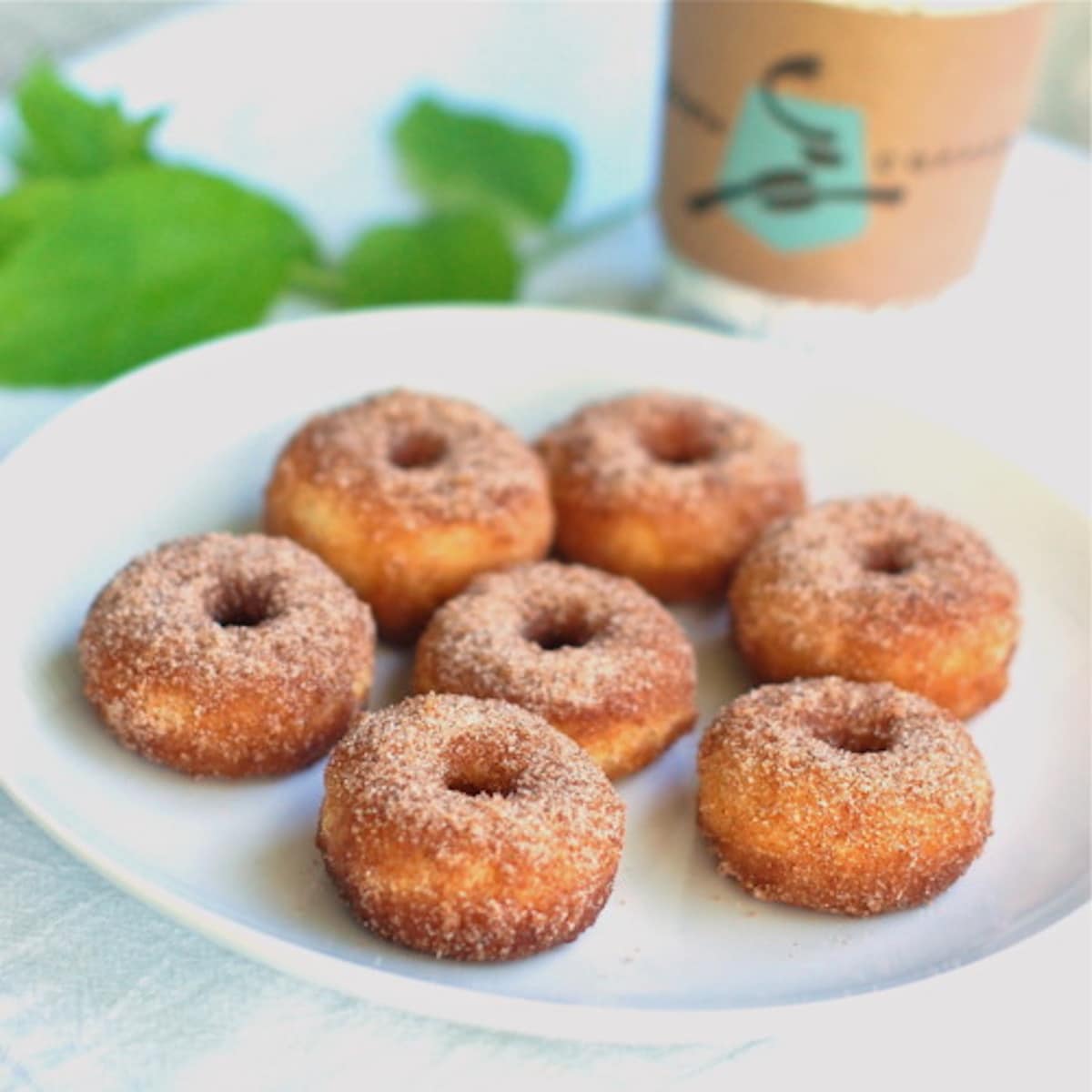 -1 TBSP melted vegan butter (You can find this at your local health food store.)

If you want to impress your vegan friend next time they come over, you know what to do.

How healthy are vegan donuts?

Even though many vegan products, in general, are healthier than non-vegan ones, keep in mind that more often than not, donuts are fried and highly processed.

Now, according to the American Heart Association, in order for a food to be considered healthy, it should be as unprocessed as possible. The unhealthiest foods are the ones that go through extensive processing. Those food items have excess sugar and sodium due to the refined ingredients used. If a food item has a lot of vitamins and nutrients in it, it’s perceived as healthy.

What’s the healthiest kind of donut to eat?

So, basically, the best kind of donut to eat for your health would be a baked, vegan one, with minimal saturated and trans fats, sodium, and sugar.

*If you’re looking for an oil substitute and aren’t a fan of the deforestation associated with palm oil harvesting, consider making your own donuts with coconut oil or avocado oil instead.

Nutrition at a Glance of a Whole Foods donut

This is for a standard vegan donut recipe – to give you an idea of what goes into it. Of course, this will vary depending on the style of donut and where you purchase it from.

What does the American Heart Association recommend for basic nutrition guidelines?

The ideal range for a healthy saturated fat content is 7%, while this donut recipe has 13%. It’s a win that these donuts have no trans fat, as 0 grams of trans fat is recommended by the American Heart Association. This recipe contains a healthy sodium content, at 9% of the daily value, which falls under what the A.M.A recommends – so you’re good there. In the same way, the sugar content is at a healthy amount, with just 6 grams. 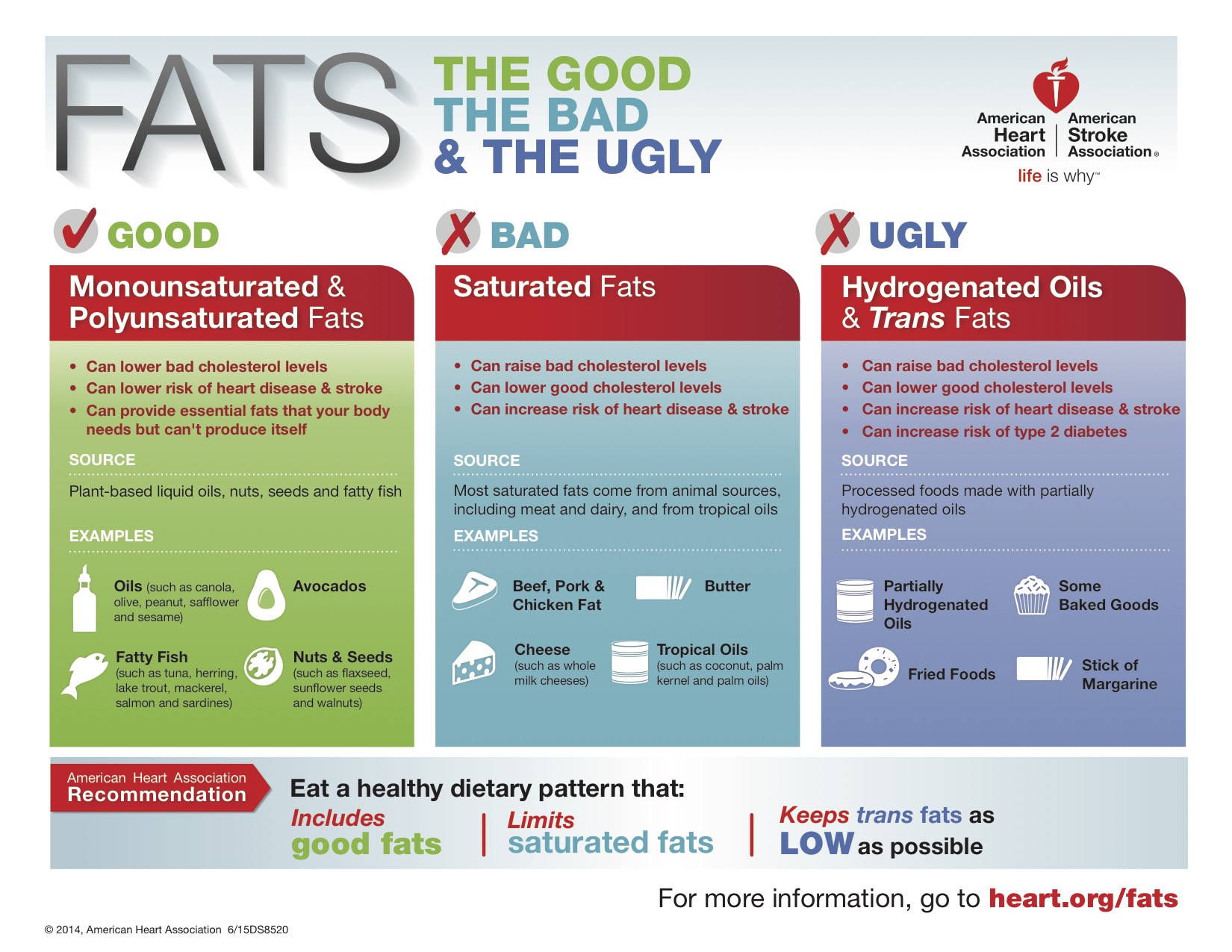 No matter how you sprinkle the sugar on the donut, it’s not going to be the healthiest treat in the world, which is just fine.

Enjoying donuts from time to time is something you deserve in this human experience, however healthy or unhealthy you consider them to be.

Sugar can either be derived from sugarcane or sugar beets.

The sugar from sugar beets is always vegan, whereas the kind from sugarcane may not be.

Why may sugar from sugar cane not be vegan?

When refining the sugar derived from sugarcane, the sugarcanes are crushed, and the juice is separated from the insides.

That plant based juice from the sugarcane is filtered, processed, and bleached, with a decolorizing agent called bone char, which is a carbon-like property that is reached by putting a flame to cattle bones. This involves icky chemicals and animal bone. Don’t worry, though- there isn’t actually any bone in the sugar itself – but simply because bone is a part of the refinement process, vegans are deterred from eating it.

It’s likely now that if you’ve made it to the end of this article that your mouth is watering for a donut. So, go on and forget about that diet you just went on for a second, and treat yourself to a vegan donut, or a homemade vegan donut. Or, if you’re not vegan – gorge out on your favorite non-vegan donut and cup of coffee. Do or don(u)t.

Some prefer vegan friendly donuts, chocolate donuts, certain donut brands, or donuts without oil – everyone is different about their donuts – but what we can all agree on is that they are delicious and a breakfast that you can’t go wrong with once in a while.

Author: Brittani
Filed Under: Is It Vegan
Is Nutella Vegan?
Are Bagels Vegan?