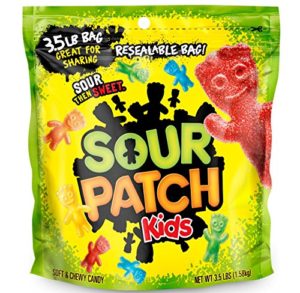 The short and sweet answer is no.

This extraordinarily common sweet treat is a favorite childhood one for many, and might continue to be even into adulthood for some.

If you’ve recently begun a vegan diet and have had a craving to relive your childhood for a moment by chewin’ on some sour patch kids, you may be wondering if they are indeed vegan – and why or why not.

Allow us to explain.

We will start by saying that Mondelez International, the company that manufactures this tasty, sugary snack has never outright stated that this product is devoid of animal ingredients. So, there’s that. However, the PETA has formally mentioned that these candies are free from any animal products.

There are some ingredients in this product that do raise concern, such as sugar, artificial colorings, and flavorings. But first, let’s first check out the ingredients.

Many ingredients are combined to form these gummies, some of which are for their stretchy texture and its shaping, while other ingredients are for color and taste. Some are controversial while some aren’t, which we will further examine.

Surprisingly and contrary to what you might think, there isn’t any gelatin listed on the ingredients list, unlike other candies of the like. Gelatin is a very un-vegan ingredient, containing animal products instead of just a byproduct. The corn starch and corn syrup are what binds the Sour Patch Kids together.

*The recipe for the watermelon flavor is a little different with the flavoring and colors used, and it also contains titanium dioxide. If you’re curious, it’s a naturally occurring element and is considered to be a vegan ingredient. Takes me back to the empowering hit song from a few years ago – ‘Titanium.’ 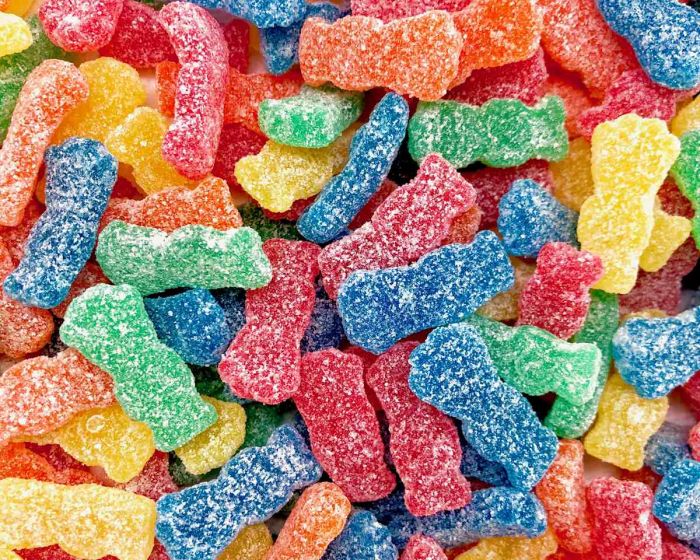 Is the Sugar in Sour Patch Kids Vegan?

Sugar either comes from sugar beets or sugar cane. This company uses both beet sugar and refined cane sugar in the Sour Patch Kids recipe. Sugar that comes from sugar beets is vegan, however, cane sugar is not. It’s processed using bone char – which is basically ground-up animal bones (mainly cattle). Even though no animal products end up in the final product, the fact that the sugar has been in contact with animal products makes these gummies non-vegan. So, since the cane sugar in this recipe is not unrefined and organic, we cannot consider these gummies to be vegan.

Due to the sugar in sour patch kids, this food product can’t be considered vegan. Sugar that has been refined, like the sugar in this recipe, is processed using bone char. This basically means it’s been filtered using the non-vegan ingredient bone char. Most sugar you’ll find in the U.S. is refined in this way.

What’s the Controversy between Vegans and Artificial Flavors?

The artificial flavors like Red 40, the Yellow colorings, and Blue 1 are sourced from petroleum. Despite this being a vegan source, it’s not necessarily the most ethical one.

A concern of vegans is the artificial colors and flavor testing that’s practiced on animals ranging from mice and rats to canines. The colors are administered to the animals, sometimes going through painful side effects, and they are monitored for adverse reactions. If the animals health fails as a result of an animal testing overdose, the animals must be euthanized, which is a less morbid way of saying killed. So, some vegans have an issue with buying these candies, as each dollar you spend promotes the continued manufacturing of the product. If there are no buyers, there is no market for the good to sell.

While these brightly colored ingredients do make the candy appealing to kids, it’s been found that consumption of dyes such as Red 40 and Yellow 6 have been linked to behavioral problems and cancer. So, as with everything in life, moderation is key. Our bodies are pretty regenerative.

The European Union and British Government have actually outlawed specific food dyes for health risk reasons, though. So, if Sour Patch Kids are your true guilty pleasure and you eat a box or two a day, you might want to tone it down.

Lastly, Sour Patch Kids do not specify the artificial flavors used in the recipe, so it’s not possible to know where they are derived from – another reason that this candy isn’t considered vegan.

When the tartaric acid and citric acid ingredients combine together on the tongue and mix with your saliva, the sour flavor is produced. For more information about the sour flavor, click here.

Certified by the Celiac Disease Foundation, these candies do not have any gluten-containing ingredients or base.

What are the Vegan alternatives to Sour Patch Kids?

If you check out this link, you’ll find all sorts of options for candies that are similar to Sour Patch Kids, but healthier for you. These products have a variety of ingredients in them with health benefits such as CBD, CBN, CBG, and other nutritious phytocompounds.

Another vegan alternative to the sour patch gummies, these ones come in different fruity flavors like lemon, orange, strawberry, and others. These are non-GMO and don’t have any high fructose corn syrup on the ingredient list.

If you’re looking for a healthier vegan Sour Patch Kid version for your kids, this one is available in poppin’ colors, and tastes pretty similar to Sour Patch Kids. 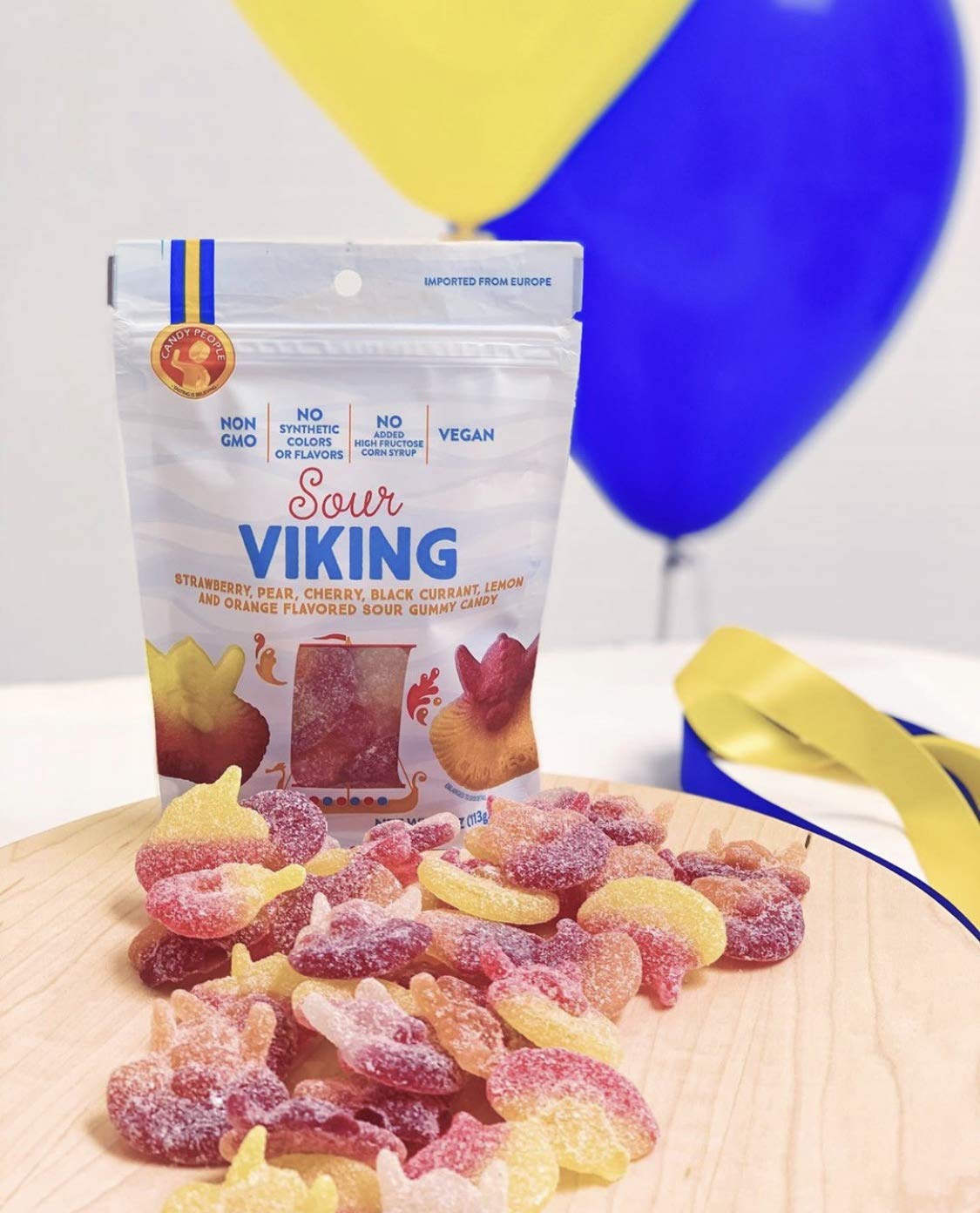 This delicious plant-based fish treat (don’t worry – it’s for humans and isn’t fish food.. ‘fish’ just pertains to the shape of these) is a great alternate vegan option for sour patch kids. It has no artificial colors, sweeteners, or sugar alcohols, and is a low-calorie snack.

Each serving of these gummy fishies contains 13 grams of soluble prebiotic fiber, which is almost half of the daily recommended fiber intake.

There’s also only 3 grams of sugar in a serving of these Sweet Fish, and the sugar is organic, meaning there isn’t a risk of it having been processed with bone char.

Just one bag is considered a serving, so you can eat the whole thing without having to think twice about overindulging.

These candies are gelatin-free, allergen-free, dairy-free, soy-free, and tree nut-free.

If you click here, you’ll find the landing page where you can buy them. Or, you can find them on Amazon. If you find yourself in the United States, it’s pretty commonplace to find these at just about any store you can think of. 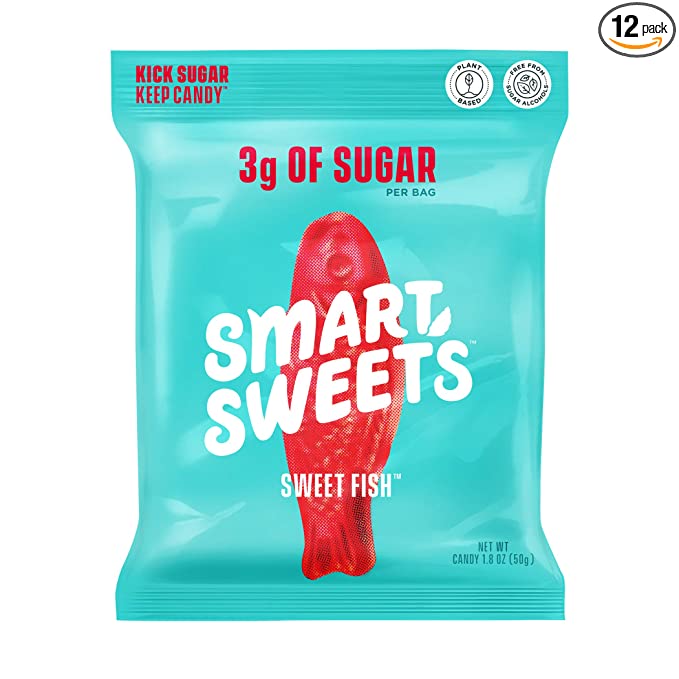 These sour, chewy, candy bites are a vegan alternative to sour patch kids that come in a variety of flavors such as grape and green apple, along with other fruity flavors.

If you’re curious to try these – click here, where you can purchase this sour patch snack alternative. It comes with enough to share in a ten-bag pack, and each bag is about 50 calories.

Your kids will love these. And so will you! 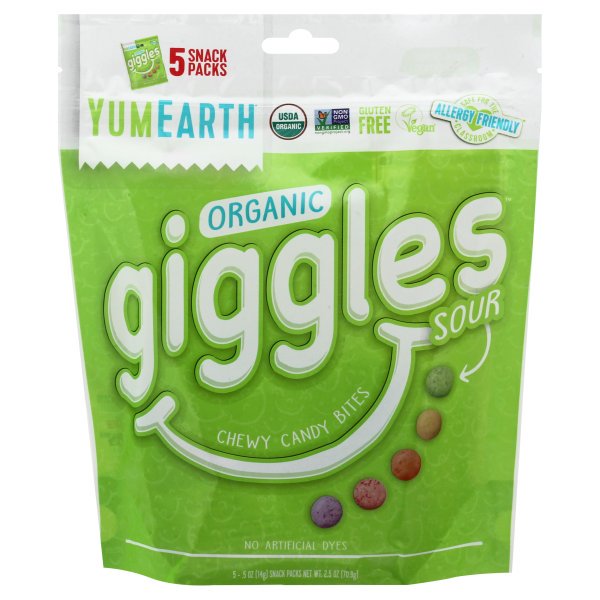 You can also always opt to have other candies, too, like rainbow-colored Skittles, Starburst, sour straws, or a good ol’ citrus sour grapefruit. If it’s too sour, try sprinkling some coconut sugar on top!

How to make your own vegan Sour Patch Gummies

For a detailed recipe, this site has a recipe for DIY sour patch kids gummy bears. For a vegan version, just replace the gelatin with agar agar and the honey with agave syrup. The recipe steps are pretty self-explanatory – the only thing you may have to pick up (apart from the ingredients) that’s extra is a gummy bear silicon mold or skewers, which you can get from Michaels Arts and Craft Store or Amazon. 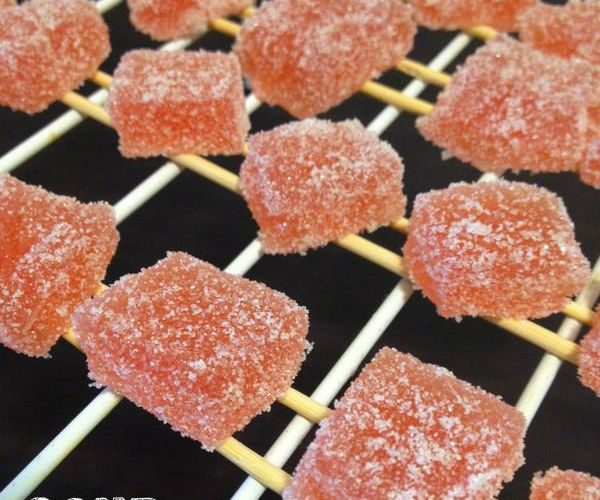 This licorice-like sugar, sugar, sugary snack is a yummy, perhaps nostalgic snack that you might decide to eat whether you’re vegan or not. It’s fun to live a little bit extra sometimes and eat treats like squishy and flavorful Sour Patch Kids candies. But- if being strict about your diet is your thing, too, then by all means.

If you want to get down to the nitty-gritty and truly dissect the ingredients, Sour Patch Kids gummy snacks are not 100% vegan. But they’re closer to being vegan than not.

Depending on what country you live in, the ingredients list for your Sour Patch Kids may differ. So, read the label and perhaps do a google search on any ingredients you might be curious about.

Author: Brittani
Filed Under: Is It Vegan
Is Tapioca Vegan?
Is Hummus Vegan?