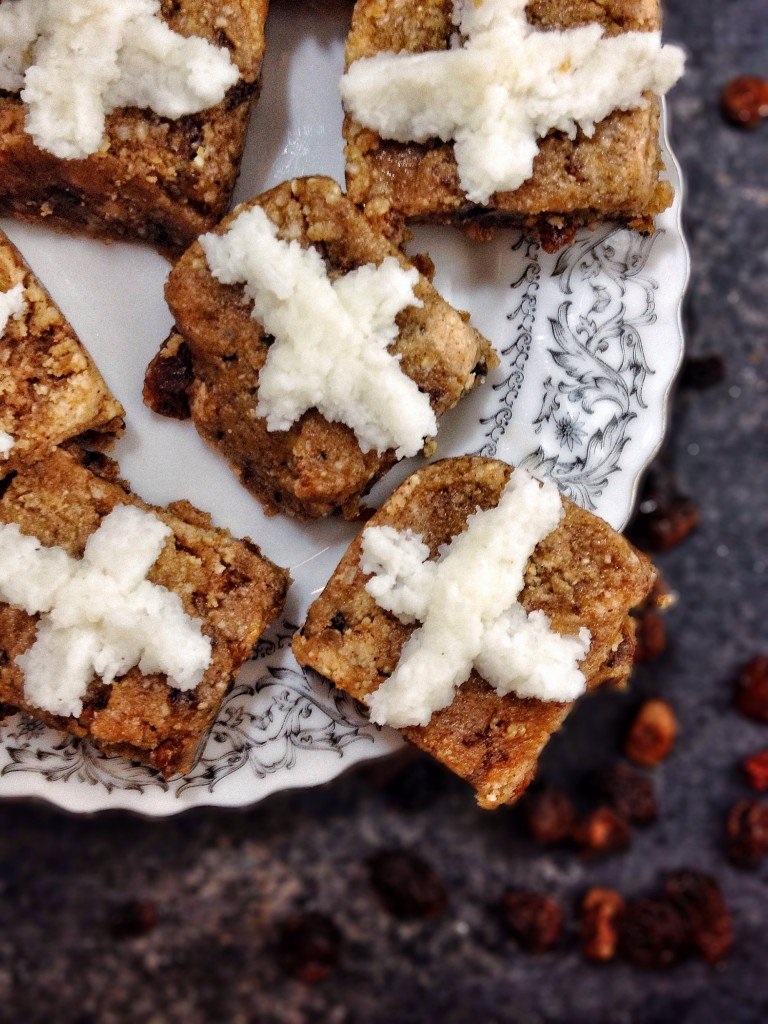 Freshly toasted hot cross buns, smeared with melting butter, paired with a warm glass of chocolate milk. I never did really enjoy that cheap chocolate anyway, especially compared to hot cross buns. However, with the amount of sugar, refined flour, canola oil, and additives in store-bought hot cross buns, I very rarely buy them anymore. I did make a healthy hot cross buns recipe last year, but this year I thought I would take it a step further and make raw hot cross buns 😀

I kept umm-ing and ahh-ing about how to make raw hot cross buns. I mean, being RAW, they aren’t exactly going to be hot…actually, these are chilled 😐 so it’s kind of an oxymoron…

So I ended up with these rich, dense squares full of cashews, coconut, cinnamon and sultanas. Because you can’t have hot cross buns without sultanas! What’s with the fruitless hot cross buns you can get in stores? That’s just…wrong. Dairy free chocolate chips would make a nice replacement for the sultanas though, if that’s more your thing. Oh, and don’t skimp on the cinnamon! 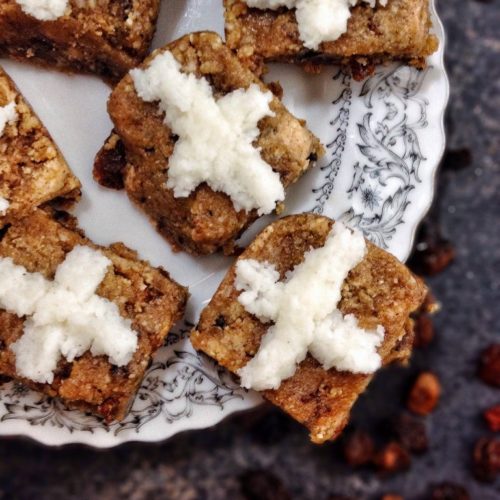