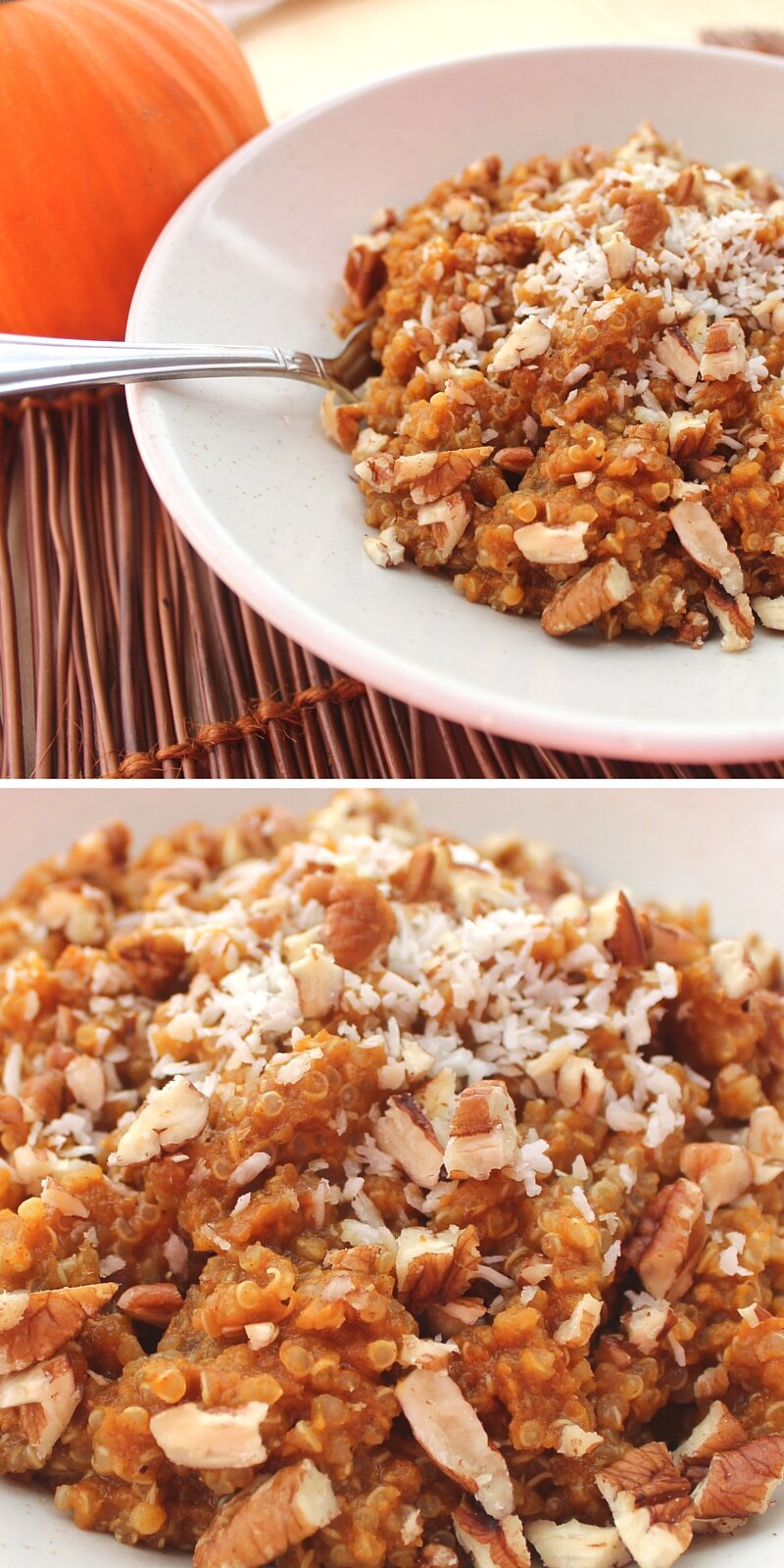 This was my first time trying quinoa for breakfast and I was amazed how well it works as a porridge. Substituting quinoa for traditional oatmeal amps up the protein and fiber content.  I found it kept me full right through to lunch which says a lot because I usually cannot survive the morning without snack time.   Also, it’s October, so pumpkin had to happen … it was time.

We cooked the quinoa using non-dairy milk and a pinch of salt and then mixed in all of the wonderful pumpkin pie ingredients.  Although the cinnamon/ginger/nutmeg trinity is key, do not forget the blackstrap molasses.  It really brings the flavour profile over the top and is loaded with essential minerals (hello iron and calcium!).   Also, you can go crazy with the toppings here. We used chopped pecans and shredded coconut, but I was thinking after that pumpkin seeds would have given it a nice crunch too.

The nuttier taste of quinoa worked perfectly with pumpkin so now I’m curious to try other flavours… I’m thinking something with peanut butter would be delish and would really put the protein content into overdrive. 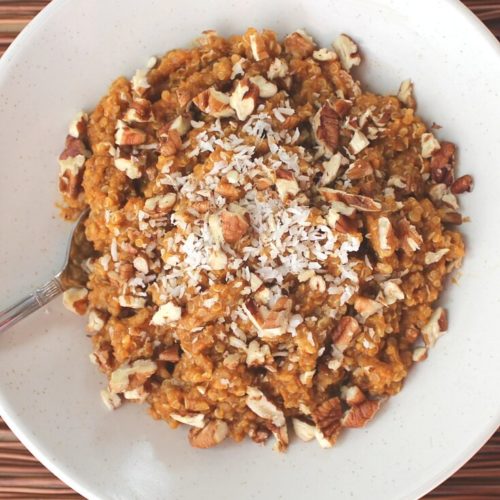