You’ve likely seen some form of yeast in your mom’s cupboard growing up, or walked past it on the shelf at the grocery store and perhaps wondered to yourself what it was.

Well, let’s give you the scoop.

Yeast is an egg-shaped single-celled organism that needs food, warmth, and moisture to survive. It converts its food through fermentation into carbon dioxide and alcohol, and if you’re into baking, co2 is that thing that makes baked goods rise.

There are many strains of yeast, some of which are benign, while some harmful to humans.

Yeast can ferment or leaven foods like bread, beer, and wine with yeast and it’s also used for extra flavoring in food and to enhance texture.

What is Yeast used for?

Yeasts are also used for medical research purposes, and can be used as a medium to test certain pharmaceutical drugs.

Yeast grows in soil and on plants, and a curious fact is that it takes 20 billion yeast cells to weigh one gram.

Oh yeah, and yeast is part of the Fungi kingdom – it’s not actually considered part of the Animal Kingdom like you might be led to think.

There are many different types of yeast. Though Brewers Yeast, Bakers Yeast, and Nutritional yeast are each made from the same product, they are different yeasts that all act differently.

-Brewer’s yeast: This one-celled fungus is a type of bitter-tasting yeast made from Saccharomyces cerevisiae that’s mainly used in beer making and bread. It also contains small organisms that help maintain proper digestive tract function, so it’s considered a probiotic, and is a great source of chromium, protein, and iron.

-Baker’s yeast: This is a yeast culture used to leaven bread and other baked food items. There are two types of baker’s yeast- fresh yeast and active dry yeast.

-Fresh yeast, also known as wet yeast, is a yeast that comes in small cakes with fresh yeast cells.

-Active dry yeast, and instant yeast: The only difference between these two is that of the grain size. The active yeast has larger granules, whereas the instant yeast is ready to be added to other ingredients. Active dry yeast needs to be dissolved in water, as it’s dormant until it reaches 110 degrees Fahrenheit.

-Nutritional yeast: These are golden flakes of deactivated yeast made with yeast similar to the yeast used in brewing. It has a cheesy and nutty flavor, and has no gluten, soy, or sugar. It also has great nutritional content for vegans and vegetarians. Per 2 TBSP, this yeast provides 8 grams of protein, 4 grams of fiber, Vitamin B1, Vitamin B2, potassium and zinc. You’ll find nutritional yeast either fortified or unfortified. Plus, if the nutritional yeast is fortified, it has good amounts of vitamin B12, albeit synthetic and folic acid, which many vegans have a tough time getting enough of in their diet.

-Torula yeast: This is a species of yeast organismnamed Candida utilis, that’s become a popular food additive. It gives a meaty, smoky, umami flavor and is commonly used as an additive in pet food, too. This yeast also feeds on wood alcohols.

-Extract yeast: This yeast is used as a flavoring for food made from the inactive cell contents of S. Cerevisiae. This is commonly added to umami flavoring to packaged foods.

So, if you thought before that there was only one type of yeast, now you know that there is a whole menu of different types.

Why do Vegans Include Yeast in their Diet?

In particular, nutritional yeast, also known as nooch, is the most common type of yeast vegans consume in their diets.

It has the powerful antioxidants glutathione and selenomethionine, protecting your cells from nerve damage by free radicals and environmental toxins that we are all constantly bombarded with. Including this in your vegan or vegetarian diet is an excellent way to prevent chronic disease, heart disease, and a fantastic way to protect your cells.

In addition, nutritional yeast powder has two carbohydrates called alpha-mannan and beta-glucan that are wonder molecules for your health.

Animal studies show that when nutritional yeast is added to animal feed, it helps fight against infection from certain bacteria. It stops malignant bacteria from entering and attaching to the intestinal lining, and also stimulates immune cells.

In humans, this may help lower cholesterol levels, thanks to the beta-glucan carbohydrate.

Nutritional Yeast has all nine essential amino acids, and features 30-180% of the Recommended Daily intake for B vitamins. If you purchase fortified yeast, it boasts even more B vitamins. It’s pretty important to make sure you’re receiving enough B vitamins in the diet as it helps promote a healthy central nervous system, the formation of red blood cells, and energy metabolism. Since neither plants nor animals make Vitamin B12, fortified foods like nutritional yeast and supplements provide you with the proper nutrients you’d otherwise be missing in your diet. About one tablespoon of nutritional yeast is enough to meet the daily recommendation.

Oh, and one tablespoon of it has 2 grams of protein.

The question should really be, why do vegans not include nutritional yeast in their diets?

How to Use Yeast in a Vegan Diet

Yeast can be enjoyed in a variety of ways. You can add nooch to pretty much any vegan dish that would taste good with some extra nutty flavoring.

Recipes with Yeast for Vegans

If you’d like to check out some vegan recipes with nutritional yeast, check out this link.

For you vegans out there that would like to experiment with nutritional yeast, this link will lead you to where you can purchase it. You can sprinkle it on just about anything for added cheesy flavor and extra nutrients.

If you’re interested in the idea of making a vegan loaf of bread, but don’t feel like firing up the oven – check out this video for some inspiration.

And, for some plant-powered and inspiring vegan posts, one of the informative sights you can visit is Happy Happy Vegan. If you read this article and become a fan, don’t blame us if you decide to become a member.

Where to buy Yeast

Most all grocery stores sell at least one variety of yeast, if not many types of it. If you don’t feel like leaving the house, there are also online sites to buy from that will have it shipped straight to your front door.

This is a fortified yeast, the most common type of yeast you will find, can be purchased in your local health food store, or here. This brand is gluten-free, non-GMO, and has been fortified with Vitamin B12, and folic acid. 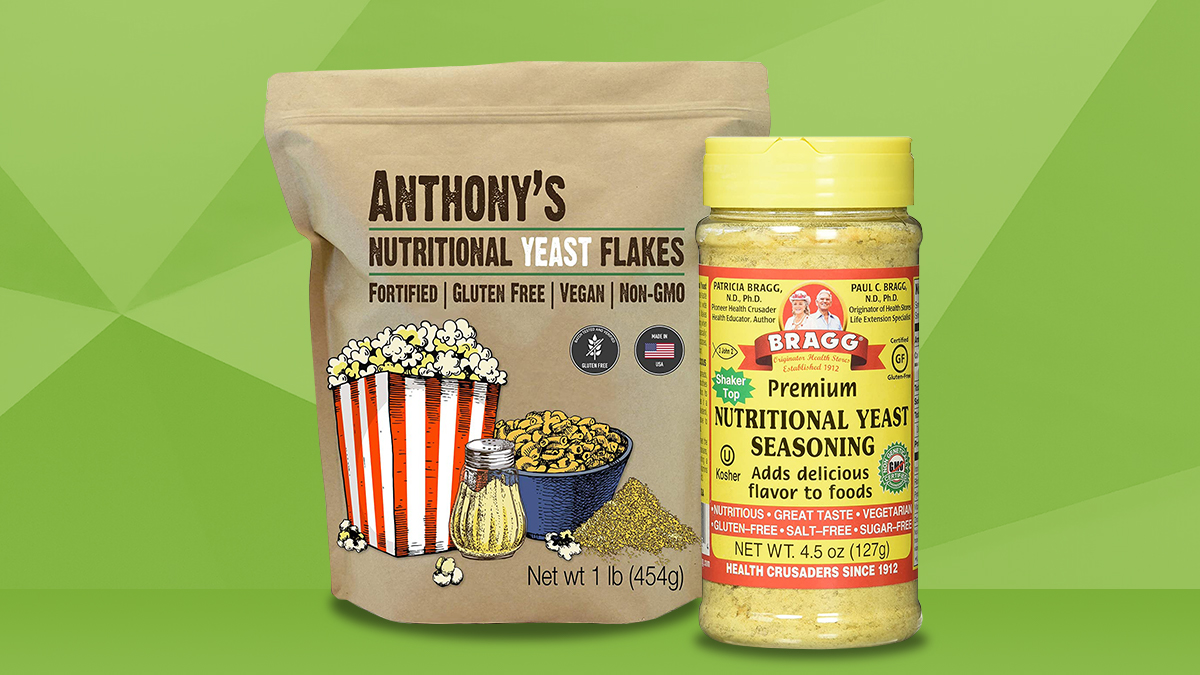 If you’re looking for somewhere to buy nutritional yeast that hasn’t been fortified, this brand is a good option for vegans out there that want to have the most natural yeast possible.

This whole food-based nutritional dry yeast option has fiber, amino acids, iron, and is dairy-free and gluten-free. It also features plant-based protein without any synthetic ingredients. This is a good active yeast substitute, also. 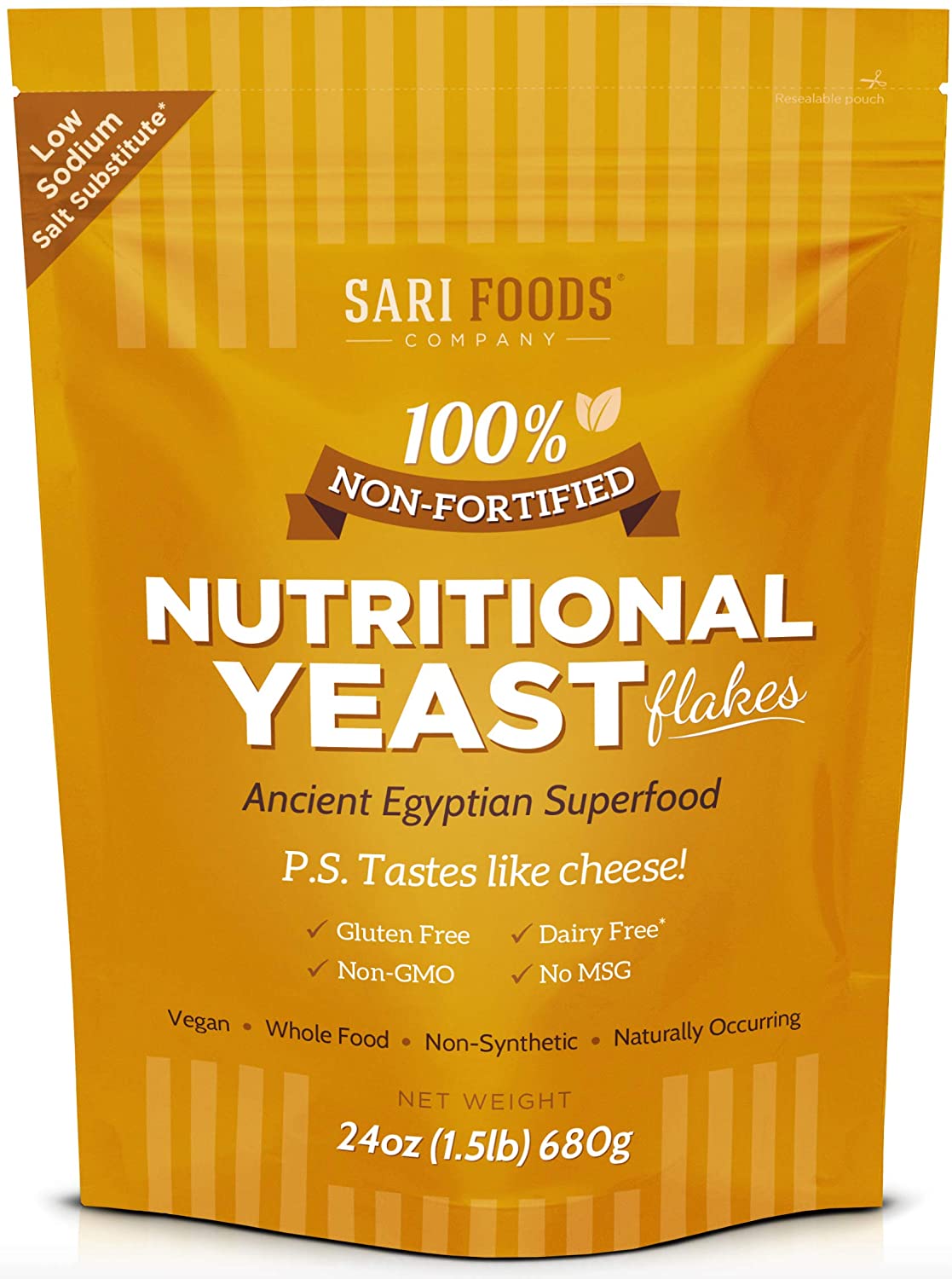 If you’re looking for a great yeast as a leavener for bread and baked goods, this is one of those yeast options that can be used for many rolls, English muffins, croissants, bread, pizza crust, pretzels, donuts, crackers, and sticky buns. It’s available on Amazon if you’re a fan of getting your groceries shippedshipped straight to you.

Yeast is one of the food products on the market that’s all vegan, is very nutritious, and is an actual living organism. Whether you’re following veganism or not, nutritional yeast could be an important ingredient to have in your food pantry. Maybe you’ll decide to look at the Happy Happy Vegan website for that answer to a last pressing question you might have, or maybe you’ll decide not to do anything. And that’s okay – too.

Author: Brittani
Filed Under: Is It Vegan
Are Oreos Vegan?
Is Tapioca Vegan?