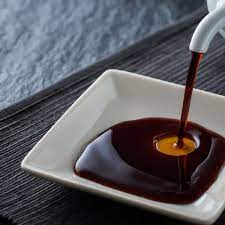 If you’re new to the vegan lifestyle and are curious to know more about why soy sauce is vegan – here’s the lowdown.

What is Soy Sauce?

Originating from Southeast Asia, soy sauce is a condiment that has been around for over 2,000 years, and is now a kitchen staple for many all around the world.

It’s a brown liquid that has an umami flavor, which is basically another word for savory. It has a unique flavor dimension that is contained within its very own category by the name of umami. It’s one of the five main tastes, alongside sweet, sour, bitter, and salty.

This plant-based sauce can be added to soups and stews, stir fries, vegan sushi (yes, this is a thing), or it can be used as a dipping sauce for potstickers.

As you can see, the ingredients for soy sauce are pretty straightforward .

How Soy Sauce is Made

Soy sauce was traditionally made by boiling soybeans, and by adding roasted wheat or barley to the mixture. This formula would be left to ferment, and the organisms break down proteins and sugars that are naturally within the soybean into complex molecules that create the umami flavor. Water and salt are added afterward, with the mixture being left to brew a bit longer. This is a process that would take months to produce the final product, but now just takes a matter of days.

Following the fermentation process, the liquid is pressed to extract the dark brown liquid. pasteurized to prevent toxic microorganisms from leaching into the soy sauce. It’s then filtered to remove any residual particles which makes for a clear liquid as the final product.

The present-day production process of soy sauce involves companies adding an acid hydrolyzing vegetable protein to the mixture, which makes for a product that will keep longer, and that’s more cost-efficient.

Depending on where in the world you buy your soy sauce from, the soy sauce varieties that are available at your neighborhood supermarket will differ.

The soy sauce vegan that’s often referred to as ‘regular’ soy sauce, this thin brown liquid has a strong, salty, flavor with a reddish-brown hue. It adds a significant amount of flavor to any meal.

This soy sauce vegan is aged for a longer amount of time than light soy sauce, and usually has molasses or caramel color added in after it’s brewed. It’s a thick sauce with a bit sweeter of a flavor that’s less salty.

The Taiwanese and Chinese typically like to add this table condiment into stews.

This is a traditional Japanese soy sauce vegan that is lighter in flavor and that has an amber hue to it – it won’t change the color of your dish like the dark soy sauce does.

This type does have a higher soy to wheat ratio, so if you’re gluten intolerant, this choice will not be the bee’s knees for you.

So, soy sauce isn’t the most nutritious food item. But, it’s not bad for you, either. It just doesn’t have much nutritional benefit, as the serving size is too small to provide a significant amount of vitamins or minerals.

Per tablespoon, vegan soy sauce has a little over one gram of protein, 8.5 calories, and less than a gram of fat.

Soy sauce also contains a bit over 800 mg of sodium – which is about one-third of the daily recommended intake. If you’re keeping an eye on your sodium, it’s important to double-check the salt content before you buy.

Soy sauce vegan also has B-12, which is a vitamin that vegans often have a deficit of in their diet, so this is a huge plus.

A great way to assess how healthy a particular brand of soy sauce is to check the soy sauce ingredients label, too.

If you’re new to soy sauce, do know that a little bit goes a long way with this condiment.

*Note that soy sauce is not gluten-free, as it contains wheat. However, non-fermented tamari is a great close alternative to soy products. There is a difference in taste, but it’s pretty similar.

Is there a chance Soy Sauce can be Non-Vegan?

Sometimes you will find a soy sauce with animal ingredients such as fish products, but this is rare.

There are now fish sauce condiments available at the grocery store or your local Asian food store.

In any case, it’s always a possibility to contact the manufacturers for any ingredient-related questions.

There are various companies that offer different options when it comes to soy sauce brand availabilities on the market – the kind you pick out just depends on your preference of flavor. 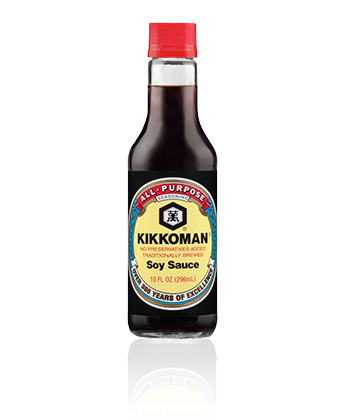 One of the most popular soy sauce brands, Kikkoman has pretty simple ingredients – soybeans, salt, water, and wheat.

This soy sauce recipe doesn’t have any artificial colors or flavors, or animal products.

Kikkoman performed animal testing in the past but is now no longer the case.

If you’d like to know more details about the ingredients in Kikkoman, don’t hesitate to email the company for an answer to your questions. 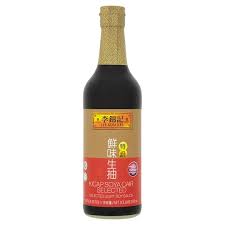 Brewed in the traditional way, this is a Chinese-made soy sauce that’s made with non-GMO soy beans and wheat.

It has a rich and complex flavor, with the company offering both a light and premium type.

Do know that this is one of the soy sauces that have artificial colors and preservatives – though, it’s still a popular brand that many vegans enjoy as a marinade or dressing. 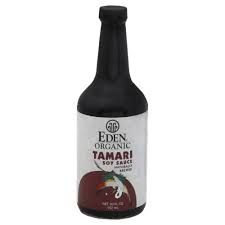 This soy sauce vegan is made with organic soybeans, water, sea salt, organic shochu sauce (a blend of rice and water), and Koji Aspergillus Oryza, which is basically cooked rice that’s been inoculated with the Koji bacteria.

This tamari soy sauce tastes like miso, and has non-GMO and gluten-free ingredients.

Reminiscent of the authentic Tamari from Japan that’s been around for hundreds of years, this soy sauce vegan is aged in cedar caskets for two years for an extra robust flavor

A soy sauce choice that’s been acknowledged by The San Francisco Chronicle as one of the best tasting soy sauces – you really can’t go wrong with this one.

Also, this vegan soy sauce is packaged in a glass bottle with a smidge of fermented grain alcohol to perfectly preserve it.

How to Make your own Soy Sauce

There exist many recipes for soy sauce – here’s a simple one for you vegan soy sauce makin’ first-timers.

Most of the ingredients you’re likely to have laying around your kitchen.

There you have it – most all of the soy sauces out there are indeed vegan.

Whether you like to add in a bit (or, a lot!) of soy sauce vegan with your noodles, or drizzle a bit over your vegan fried rice, you can’t go wrong with adding this condiment to your diet.

Maybe you’d like to try all of the different types of soy sauce for the full soy sauce experience. And if soy sauce just isn’t your thing – that’s okay, too. Ketchup, albeit a much different flavor profile, is always a great go-to vegan condiment.

Author: Brittani
Filed Under: Is It Vegan
Is Ketchup Vegan?
Are Jolly Ranchers Vegan?