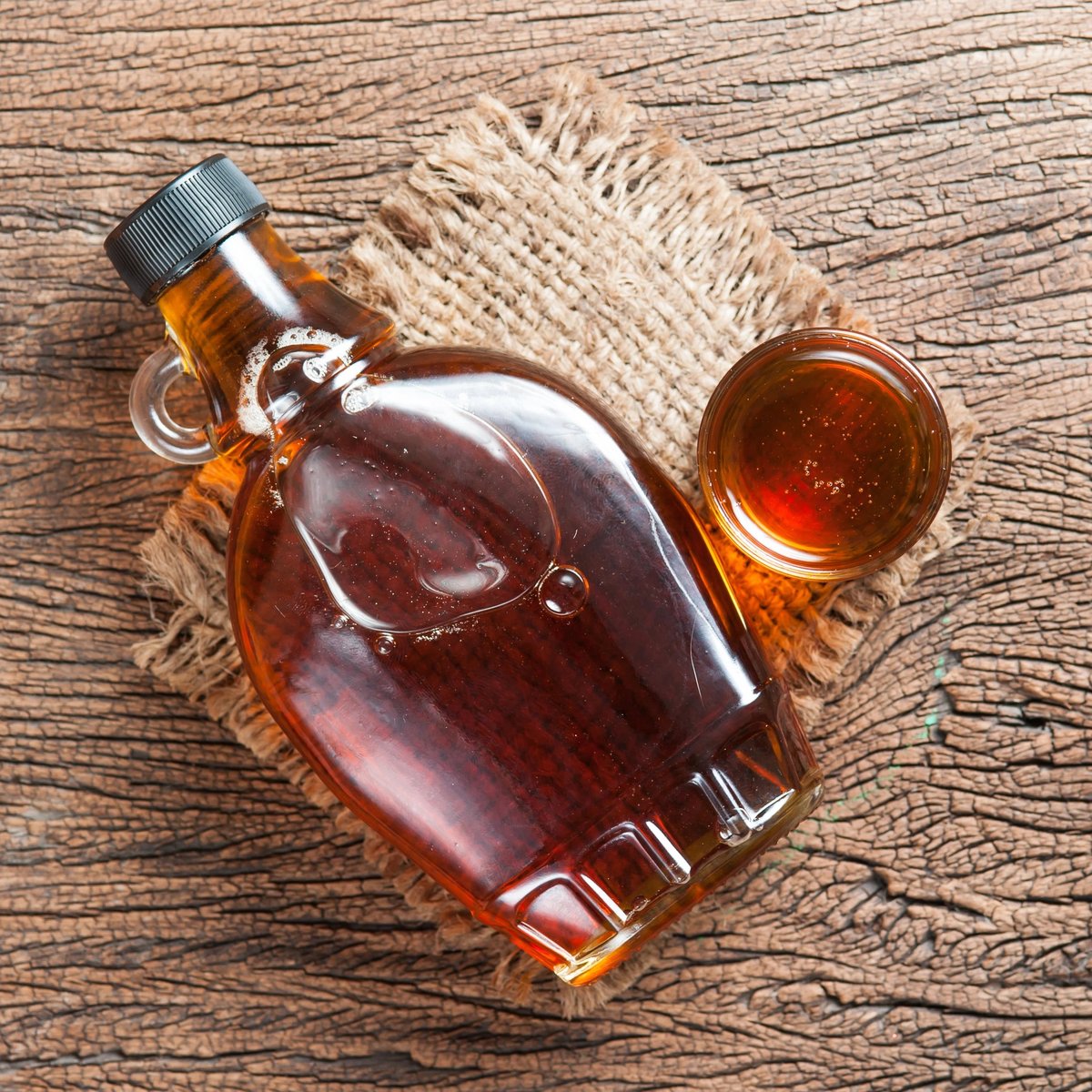 If you’re a vegan with a sweet tooth, odds are you’ve already encountered this viscous substance at some point, or it’s encountered you.

Maple syrup comes from trees – so, you really can’t get much more plant-based than that.

Perhaps someone has gifted you maple syrup before and you thought it was sappy, or maybe you’ve never even heard of maple syrup.

Without further ado, let’s just get into the sticky icky of this syrup to see how it may fit into your vegan lifestyle.

What is Maple Syrup?

It’s a sweet, sticky syrup produced from the xylem sap of various species of the maple tree, and is used as a sweetener and ingredient for certain recipes.

The three most common trees that produce maple syrup are :

It takes about 40 gallons of sap to produce just one gallon of maple syrup.

What are the ingredients in Maple Syrup?

Depending on the type of maple tree that the sap is harvested from is what will determine the ingredients in your maple syrup product.

Grade A maple syrup vegan is code for the syrup containing a bold, strong flavor, and is a very dark amber color.

To distinguish between the colors and tastes of maple syrup, a universal grading system was put into place, which just makes it easier to select a syrup that’s to your liking.

The color and taste of maple syrup depends on mama nature and the time of year that the sap is collected during the sugaring season.

Maple syrup that has been processed earlier in the season will have a softer taste and is more of a clearer shade of liquid, while if it’s made closer toward the end of the season, it becomes a darker toned syrup and boasts a more potent taste. 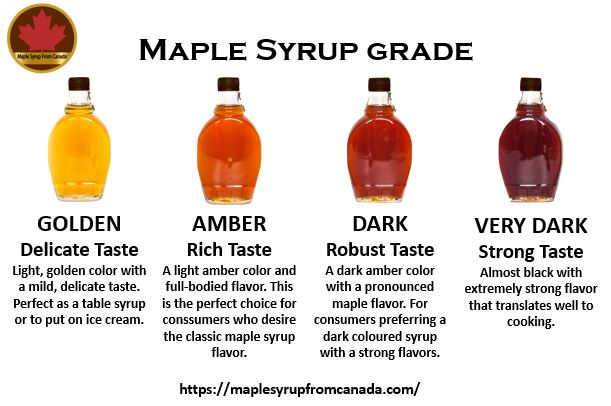 How is Maple Syrup made?

Maple syrup is a multiphase production process. It begins with collecting sap by tapping the trees, then goes through reverse osmosis, evaporation, filtration, and lastly, the grading phase.

The production processing season begins when the maple trees get warmer and start to convert their starch back into sugar.

The ‘sugaring season’ lasts for about four to six weeks during the Summer. The best time to harvest the sap is after a series of freezing nights, followed by several sunny days. Immediately following this period of extreme temperature swings is the prime time to tap. And – when the freezing nights are completely done, that’s when the run is all done.

Tapping is done by locating a patch on the tree that’s three feet above ground, and through drilling a hole that’s a quarter-inch wide and one and a half inches deep into the tree.

Out spews a transparent, slightly sweet liquid from the tree, that has a sugar content of about 1-4%, also known as sap.

The sap goes through a boiling process in an evaporator, and as the water in the sap evaporates, the sap thickens and the sugar caramelizes it, forming a bunch of golden bubbles and sweet-smelling steam. When it reaches 218 degrees Fahrenheit, it officially becomes maple syrup.

*For the highest quality maple syrup, it’s important to evaporate the sap as quickly as possible. 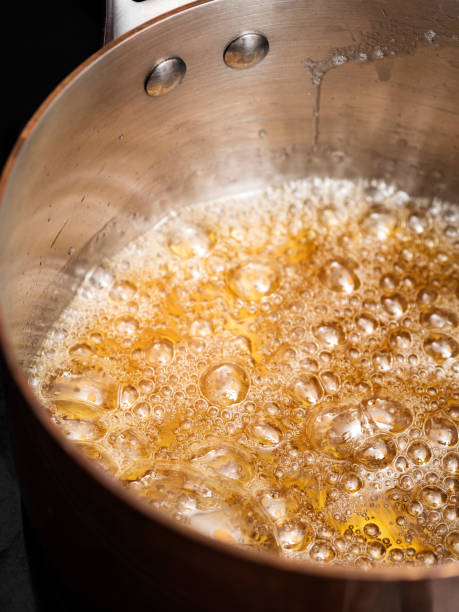 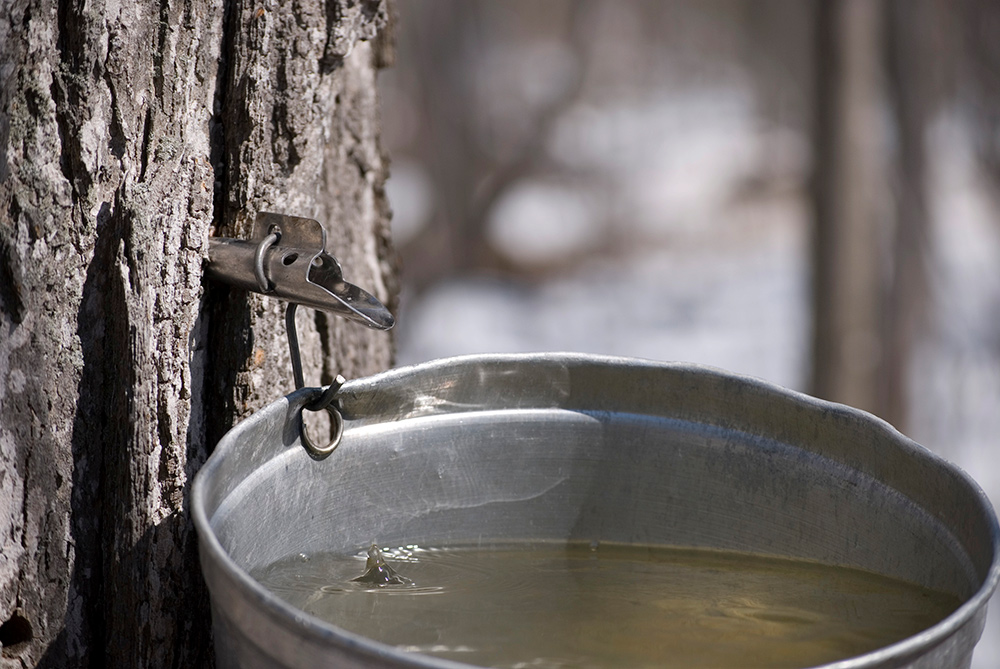 There are many different maple syrup vegan options on the market – it just depends on your preference in taste.

Check out the following vegan syrups below that have no animal ingredients or artificial flavors: 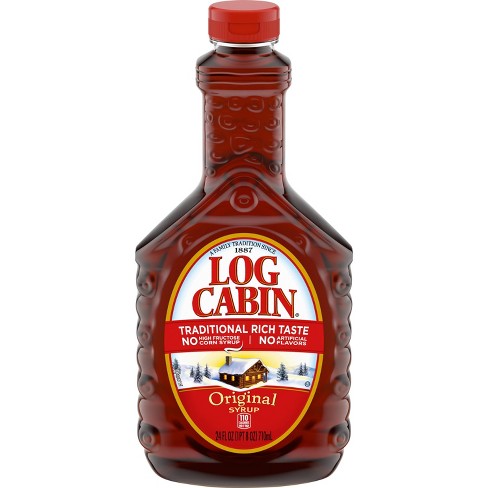 This brand of pancake syrups been around for the past seven generations.

Log Cabin vegan syrup comes from the sugar maple tree, and is made from a traditionally sugar-free recipe.

This one has no artificial flavors, colors, or animal fats, and best of all -there isn’t any high fructose corn syrup in the recipe.

If you have any questions about the ingredients or the manufacturing process, check out the website for an email address and they’ll give you an answer. 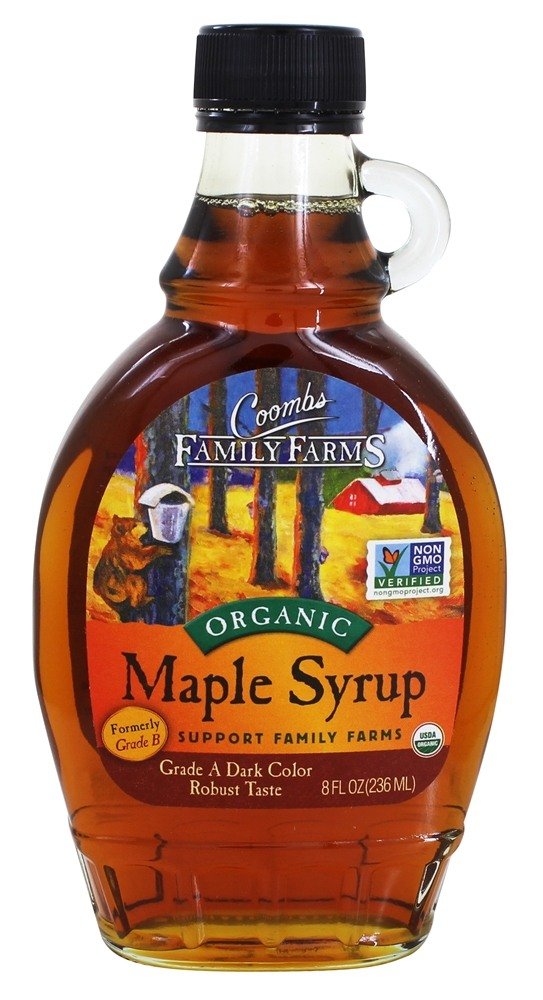 Producing vegan maple syrups for the past seven generations, Coombs is a trustworthy brand that you’re sure to love.

The vegan syrup is vegan, organic, non-GMO, kosher certified, and comes in a BPA-free plastic container.

The company is devoted to sustainable forestry management, so it’s a great company to support with your dollar.

This is a maple product that not only tastes amazing, but the company also sources its maple from over 3,000 family farms, which supports the maple tree community.

Is there a chance maple syrup can be non-vegan?

There is always the chance.

The best way to know is if you see sugar listed on the ingredients list of the maple syrup bottle.

Since most table sugar is processed using bone char, or animal bones, which isn’t very vegan, odds are if your syrup contains this – it’s not vegan.

Also, if the syrup contains honey or milk-derived butter flavor, it’s not vegan-friendly.

However – vegan maple syrup is a fantastic sugar substitute if you prefer not to have animal byproducts in your food.

Commercial manufacturing of maple syrup may also involve preservative ingredients such as:

So, if any of the above ingredients are in your maple syrup – this means it’s not the pure and unadulterated kind.

Also, if your maple syrup is manufactured in a facility where other non-vegan food items are produced, that’s an indicator the syrup could be at risk for cross-contact. So, if you have any food allergies, it’s best to be extra certain of the behind-the-scenes details. *Usually, though, food items will have a product label that indicates this potential.

Is Maple Syrup good for you?

Pure maple syrup vegan is a delicious sugar alternative that is au so naturale, and full of health benefits.

-Vitamin B2, aka riboflavin (which aids in metabolic processes)

-zinc (which boosts the immune system)

Maple syrup vegan is about 60% sugar by volume, and has a lower glycemic index than honey, so it’s a great choice for a vegan sweetener. It’s definitely healthier than the run-of-the-mill pancake syrup brands which have corn syrup and artificial ingredients.

This ingredient is also a low-calorie food item for those of you that have been watching your calorie intake.

This is a healthy choice not only for you, but also for the environment. Maple syrup production has no environmental impact, so if you’re one of those vegans that’s concerned with sustainable practices- this may be a great green choice for you and the en

How to make your own Maple Syrup

If you want to have some fun in the kitchen with a new project, you might want to consider making some stovetop maple syrup.

Now that you know all about maple syrup, you’ll easily be able to select the perfect brand for your at-home maple syrup supply.

Whether you enjoy maple syrup vegan drizzled over some warm pancakes, or if you like to sweeten your coffee with a tablespoon of it – you can’t go wrong incorporating nutritious and delicious maple syrup into your vegan diet.

Author: Brittani
Filed Under: Is It Vegan
Are Ritz Crackers vegan?
Is Cacao Powder Vegan?