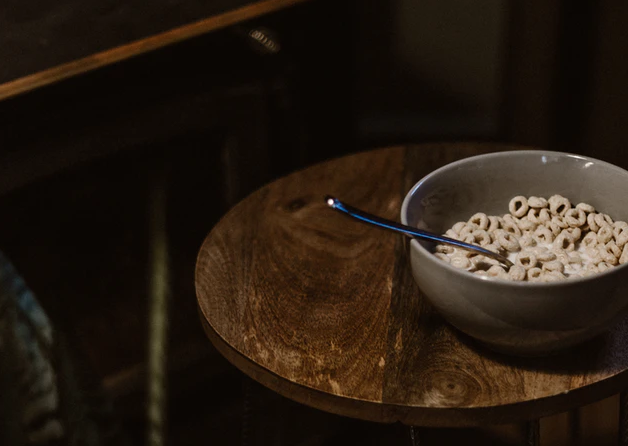 Cheerios are made primarily of whole grain oats, which would make them vegan; however, there can be hidden ingredients in Cheerios that disqualify them as vegan, and we’re going to talk about what to look for today.

General Mills’ Cheerios have become an iconic breakfast cereal that is popular among all age groups. Original Cheerios began as a whole grain oat cereal with no added flavors or colors. Over time, new flavors of Cheerios have emerged, with the two most popular being Honey Nut Cheerios and Chocolate Cheerios.

Original Cheerios are made of whole grain oats, corn starch, sugar, salt, tripotassium phosphate, and vitamin E. It is a great source of vitamins and minerals, including fiber and iron. Because they are packed with vitamins and minerals, Cheerios can help provide various health benefits that can lower cholesterol and improve your overall cardiovascular system.

What Food Is Considered Vegan?

For food to be considered vegan, it needs to be made completely from plant-based ingredients and contain no animal ingredients. Animal products and animal ingredients are more than just meat. It includes animal-made products like dairy, honey, and eggs. This means that any food containing any of these ingredients disqualifies them as vegan.

An easy way to recognize food as vegan is to identify its source. Does the ingredient come from a plant or an animal? If the ingredient has any connection to an animal, then it’s not vegan.

The most common and easily identifiable vegan ingredients include grains, fruits, and vegetables. Other ingredients may not be as easy to distinguish, such as tofu or tempeh.

At first glance, Cheerios seem like they would be vegan. They are made of whole grain oats, which is typically a vegan ingredient. Unfortunately, the whole grain oats, sugar, and vitamin D3 that are used in the cereal have likely been bleached and processed with animal bones or derived from animal sources. We’ll discuss vitamin D3 in length in just a few.

Between the whole grain oats, sugar, and vitamin D3 found in original Cheerios, they are unfortunately not vegan.

Vitamin D3 is found in lanolin. Lanolin is a common ingredient in lotions, conditioners, salves, balms, and other moisturizers. Lanolin is produced and extracted from sheep glands. Once extracted, lanolin is ready to be added to the product being manufactured.

Because vitamin D3 is one of the main ingredients in Cheerios, it disqualifies Cheerios as being vegan.

Keep this in mind when looking at ingredients beyond Cheerios and know that any time you see vitamin D3 listed as an ingredient that it came from an animal source and excludes the product from being vegan.

Why is Refined Sugar Not Vegan?

Refined sugar is made from sugar cane that has been extracted and turned into a syrup. The syrup is then further processed into crystals. The crystals are then purified through acid, carbon, and abrasives giving sugar its white color.

Sugar cane itself is vegan, as it comes 100% from the sugar cane plant; however, once sugar has gone through the refining process, it no longer stays vegan.

For Cheerios, sugar and vitamin D3 are the two main ingredients that prevent Cheerios from being vegan. The whole grain oats are also often bleached as well to give them their lighter color. This process can also include ingredients containing animal-products or derived from animals, further preventing the product from being vegan.

If you’ve eaten original Cheerios thinking they were vegan because the ingredients seemed to all come from plants, don’t fret. Original Cheerios have the least amount of animal-based properties than all of the Cheerio flavors available, and now you know what ingredients to look for when you need to know if a product is vegan or not.

Author: Ligia Lugo
Filed Under: Is It Vegan
Is Flour Vegan?
Are Pretzels Vegan?