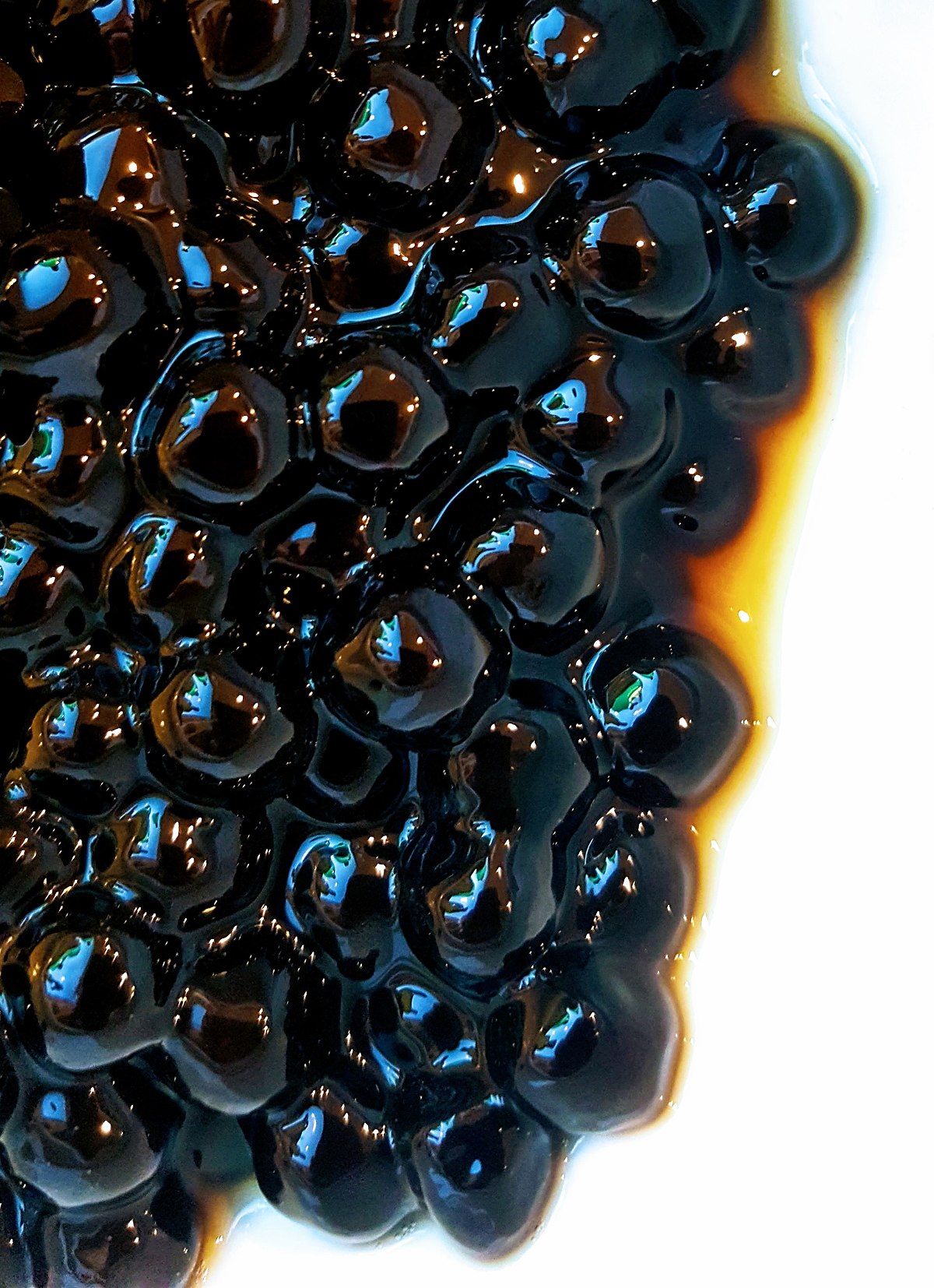 Yes – boba can be vegan.

Whether you’ve just begun a plant based diet or are considering one, know that boba is vegan friendly.

Boba can either refer to the popular Boba drink, or to the specific Boba topping itself – tapioca pearls.

The boba drink that originated in Taiwan in the 1980’s is also known as bubble tea, pearl tea, or tapioca tea.

The boba, or tapioca pearls/balls are made from cassava starch, a root vegetable that’s native to South America. These balls are typically soaked in a simple sugar mixture to enhance their sweetness.

This whimsical drink is made of a mixture of tea, milk, and tapioca pearls, and with a blend of green, black, or red tea, with creamer and toppings. It’s a deliciously unique drink with its flavor and texture.

Boba pearls would often be used in shaved ice desserts and paired with syrups, beans, and chewy rice balls, until the Taiwanese began to combine the pearls with milk to make the famous boba drink.

It’s now become a beloved beverage by many vegans that you can find at bubble tea shops all around the world. 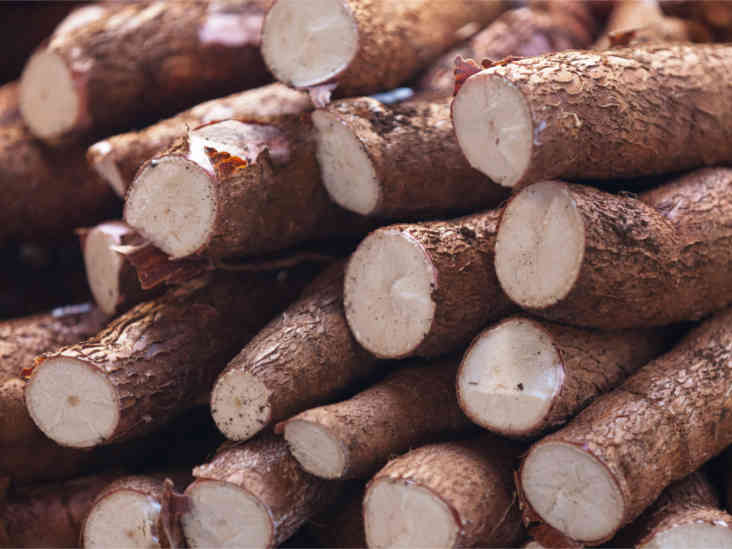 Tapioca is the starch thats extracted from cassava root, while tapioca balls aka boba tapioca pearls are tapioca flour mixed with water. Sugar is sometimes added to this mixture.

There is always a chance that there may be other ingredients in your boba tea – but know that cassava root is a vegetal and vegan option.

The main non-vegan ingredient to be aware of is the milk and what type it is. If the boba tea is truly vegan, it will have been made with a non-dairy milk. Since not all bubble tea is the same, this is important to know.

Boba will often be served as a milky drink or a fruity drink. So, if you want to ensure your boba tea is vegan – be sure t0 double check on the type of milk that’s used.

Refined cane sugar is often white sugar that’s derived from sugarcane or from beet sugar that comes from beets. This is not always a vegan friendly ingredient, but if the sugar is organic – it’s a different story.

Many artificial sweeteners are tested on animals, which certain vegans may contend with.

Splenda, also known as sucralose, is made of dextrose, sucralose, and maltodextrin, and is technically vegan.

To give you an idea of the degree of animal testing that occurs with just one of the artificial sweetener companies on the market – the artificial sweetener Splenda has performed (presently owned by Heartland Food Products and formerly owned by Johnson and Johnson) animal testing on more than 12,000 mice, rats, dogs and rabbits over the last twenty years.

For example, one experiment conducted which involved feeding Splenda to dogs that were locked in a cage together for an entire year. Splenda was mixed in with the food of these 32 beagles, and at the end of the year, their throats were slit. They subsequently bled to death.

So, as you can see, it’s the unnecessary animal cruelty that some vegans have an issue with.

An easy to pinpoint reason that your boba may not be vegan is because it contains milk.

A traditional boba tea is, in fact, made with cow’s milk, sweetened condensed milk, or dairy powder to make for a creamy and full bodied flavor.

It’s the likeliest un-vegan ingredient to be in your boba and is also the easiest to avoid. You could substitute milk with a healthier alternative such as coconut milk, soy milk, a vegan creamer, or with oat milk.

Did you know that calves are unwillingly separated from their milk producing mothers a few days after they’re born?

This is one of the many reasons that some people decide to begin a vegan diet and substitute dairy with plant based milk alternatives.

This is an obviously non-vegan ingredient. The good news is that eggs are easy to avoid with bubble tea vegan.

Tapioca balls, or boba pearls are those spherical balls you see floating around in the boba drink that can sometimes be coated in honey or other non-vegan ingredients.

Tapioca pearls or balls by themselves are completely vegan, though.

There are also plant-based popping pearls which are composed of water, sugar, fruit juice, and alginic acid (found in algae).

The recipe for boba tea doesn’t typically ever gelatin, so need to be on the look out for that.

You’ll often see boba served in one of two ways – the fruity version or the milky one. The difference is the base liquid.

This topping is made from sucrose or fructose – never animal product.

Lychee jelly made from the lychee fruit, agar agar, and creamer. For more flavor in your bubble tea, try some of this as a topping. It will eventually sink down to the bottom and infuse into your tea.

If for some reason you decide to opt out of eating the tapioca pearls – grass jelly is a good vegan substitute that’s very reminiscent of boba balls. 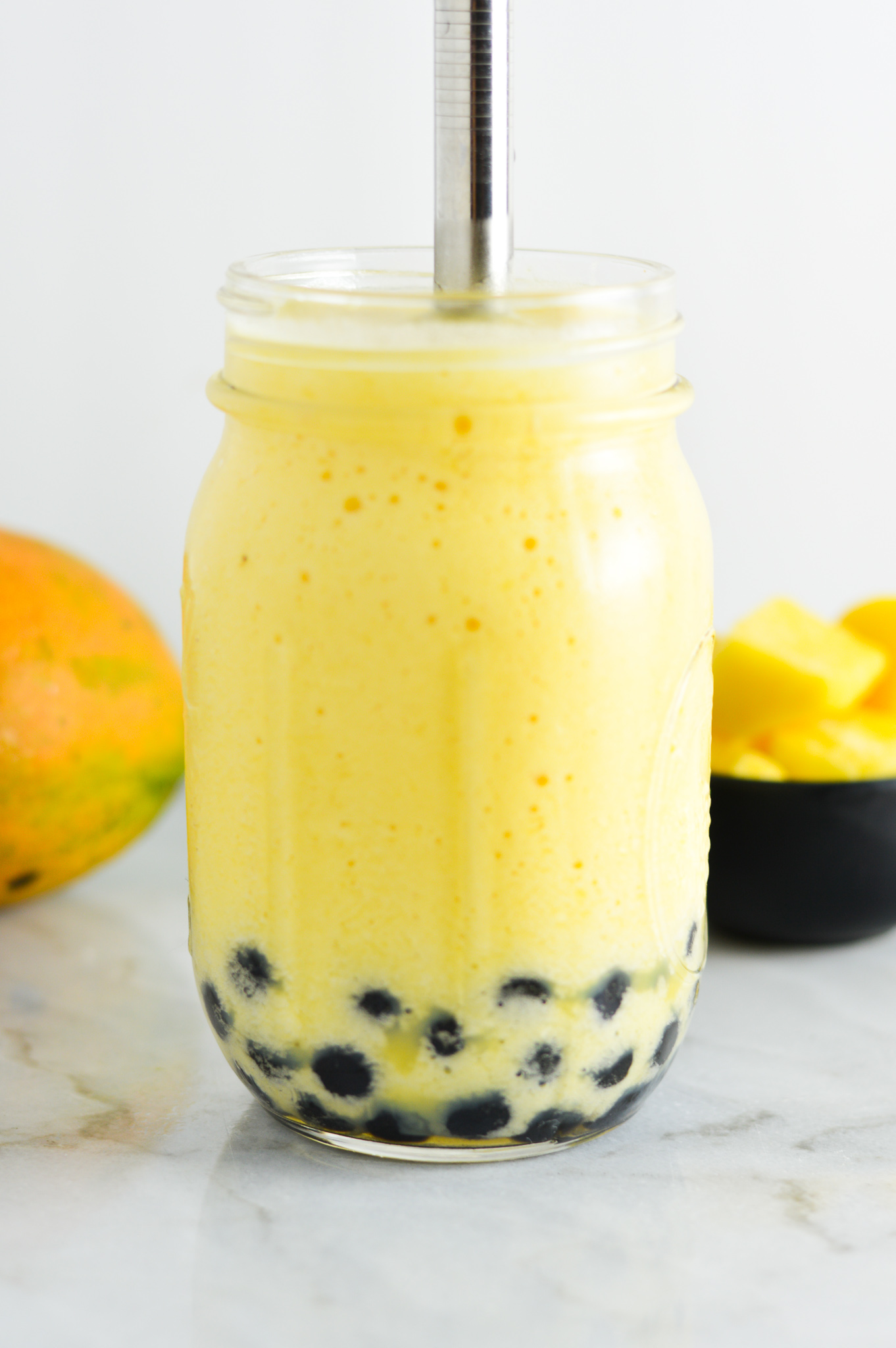 If it’s summertime where you live, consider trying this cooling fruity and slushie version of vegan bubble tea. 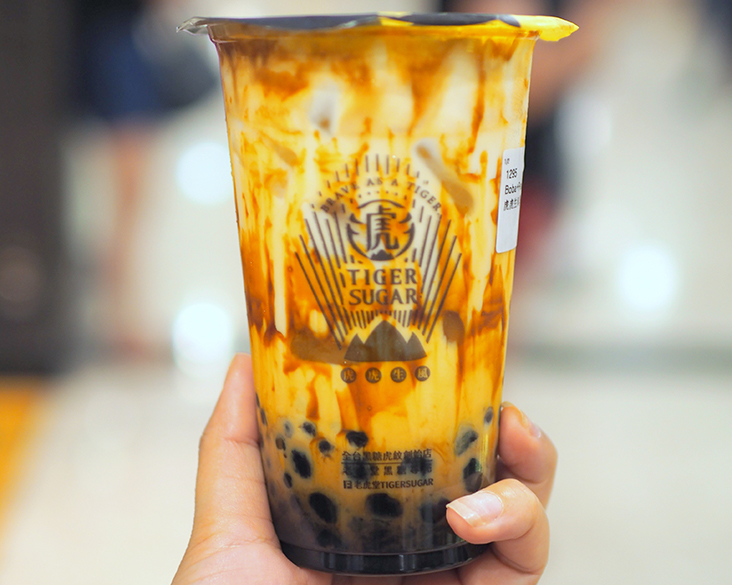 Ask one of the employees at your local bubble tea shop if they can make you a version of this nutty, wild bubble tea.

Every month, over 1,000 searches are conducted on Google by people that are curious to know the recipe for this exotic beverage. This vegan bubble tea gets its name from the colors and stripes that naturally form on the glass from the caramelized brown sugar. 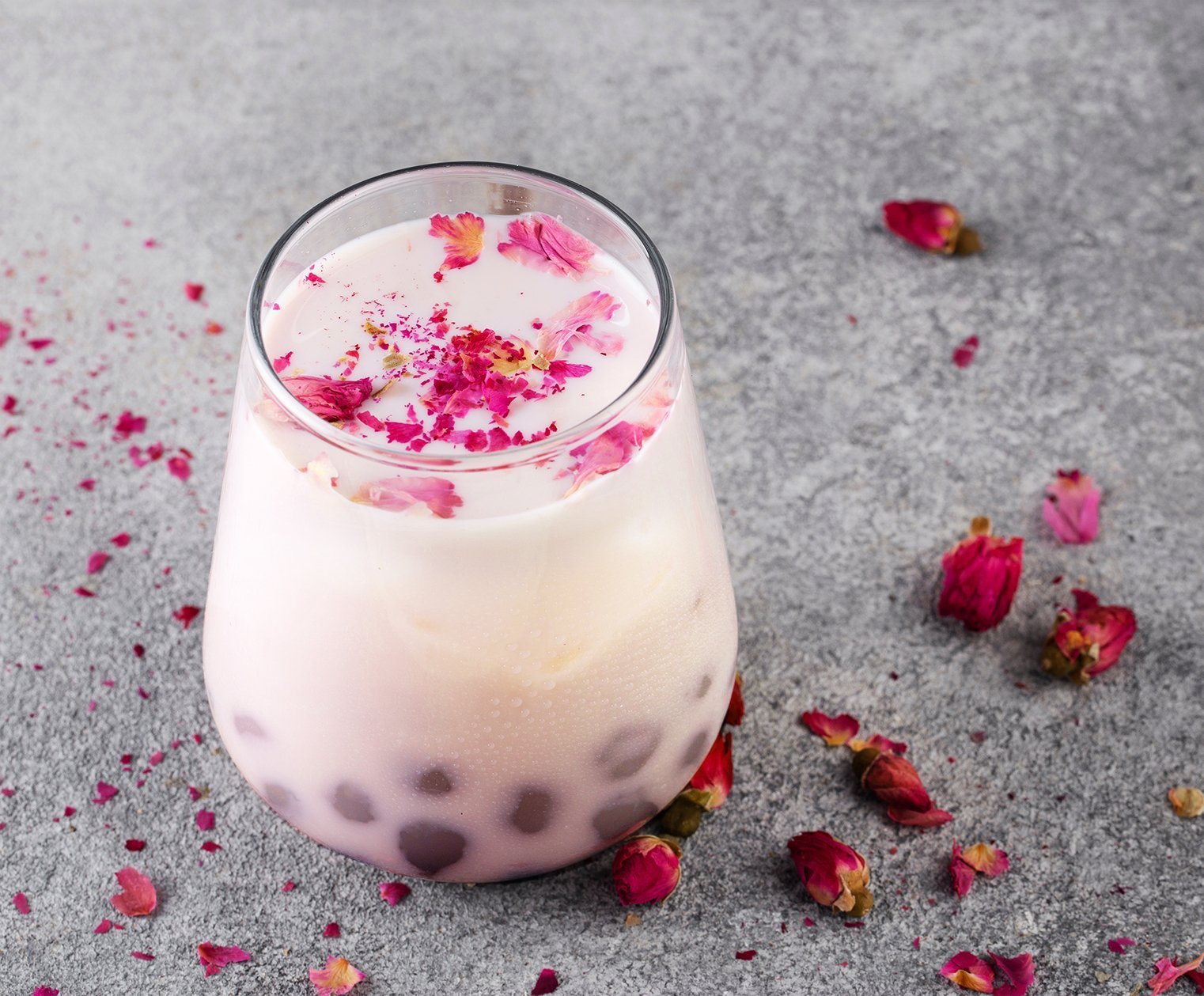 For a deliciously fragrant and floral feminine pink-hued drink, check out this recipe for rose milk tea.

If you’ve been craving a comfort drink with vegan milk and chewy tapioca balls, this is it. And, if you’re on your moon, you can guess that this would taste divine with some dark chocolate.

How to Make Vegan Boba Tea

If you decide to make boba at home, you can control the amount of sweetness and the type of milk used, as well as customize it how you so desire. It’s also a cost effective easy to consume bubble tea.

If you are a serious bubble tea lover, you might consider investing in a reusable straw, too.

If you had been wondering whether boba bubble tea is vegan or not, we’re pleased to share the great news.

Boba pearls may look like fish eggs – but they truly are just straight cassava – no animal products (or gelatin!) to see here with this yummy vegan friendly beverage.

While there are many potentially non-vegan ingredients in traditional bubble tea, there are luckily many plant based options with non dairy milks available to choose from.

Try out your boba with your favorite fruit juice instead of milk for a sweet tasting combo that pairs well with black tea.

Or, try substituting some full fat coconut milk for dairy milk for a creamy flavor.

In conclusion, the global bubble tea market is estimated to reach $4.3 billion by 2027, with new flavors being introduced every day.

Author: Brittani
Filed Under: Is It Vegan
Is Xanthan Gum Vegan?
Is Gatorade Vegan?